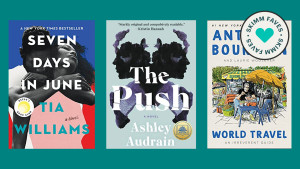 We’re more than halfway through 2021. And so we thought we’d take a look at the books you’ve loved the most this year so far.

For this edition of Skimm Faves, we rounded up the top reads Skimm’rs (hi, that’s you) added to cart. Plus a few of our personal faves from the past six-ish months too. We’ve got thrillers, cookbooks, love stories, and more. Ready, set, read. 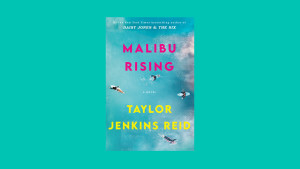 For when you love a good old-fashioned family drama…

Bring this one to a boil. It’s from the author of “Daisy Jones & The Six” and “The Seven Husbands of Evelyn Hugo,” and it goes down in Southern California on one night in August 1983. Four siblings with a famous father are hosting their annual end-of-summer blowout party. They all have cool celebrity ties (it is Malibu, after all) and are each hiding something from one another. And by the party’s end...let’s just say things go up in flames. (Amazon, Bookshop) 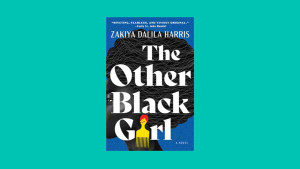 “The Other Black Girl” by Zakiya Dalila Harris

You’ll be able to cut the tension here with a knife. Meet Nella, a hardworking 26-year-old assistant who’s fed up with being the only Black employee at her NYC book publishing job. When she hears that her company has hired another young Black woman, she’s thrilled. That is, until things begin to take a turn and she receives an unsettling note telling her to leave her job immediately. It’s been compared to “Get Out” and “The Devil Wears Prada” and has already been scooped up for a TV adaptation too. (Amazon, Bookshop) 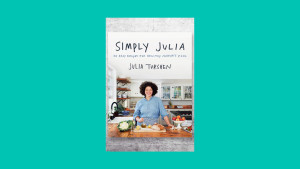 For when you want a title that you’ll go back to again and again...

This cookbook can do it all. Ten chapters, 110 recipes, one instant classic we’ll refer back to forever. The beloved author’s latest cookbook is a healthy (read: body positive) guide to comfort food. Her chapters cover everything from sweets and salad dressings to things like go-to side dishes and make-ahead mains. Turshen also provides menu recs, recipe adaptations for dietary restrictions, and kitchen organizing tips along the way. Don’t mind us...we’ve already got the weeknight salmon salad in heavy rotation. (Amazon, Bookshop) 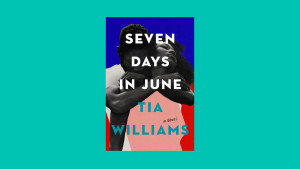 For when you want something a little (read: very) steamy…

A bestselling erotica author and single mother has a surprise run-in with an award-winning novelist at a literary event in NYC. Turns out they actually spent one hot and heavy week together 15 years ago. And before they can rekindle their former fling fully they’ll have to cope with some serious stuff from their pasts. (Amazon, Bookshop) 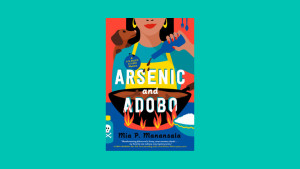 For all the foodies out there…

Crossover alert. This novel begins with major rom-com vibes and turns into an Agatha Christie–esque mystery. When Lila moves home after a breakup, she’s tasked with saving her family’s restaurant. But when a famous food critic — who’s also casually her ex — winds up dead, she’s the main suspect. She sets out to clear her name and takes you along on the journey. It’s a super-fun read that’s perfect for the beach, your couch, or any Sunday afternoon. (Amazon, Bookshop) 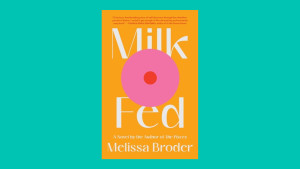 For fans of “My Year of Rest and Relaxation”...

We dairy you to read this. The author of “The Pisces” is back. Her latest follows a 24-year-old in LA who has an unhealthy obsession with her body and food — until she becomes infatuated with a young "irrefutably fat" woman who works at her favorite frozen yogurt store. Cue a deeply original story of lust, fantasy, and body acceptance. (Amazon, Bookshop) 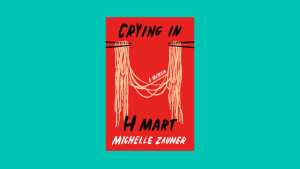 For when you’re feeling ready to shed some tears...

We’re not crying, you are. Zauner’s memoir is the expanded version of her popular New Yorker essay where she writes about losing her mother and grappling with her identity. Zauner, who you might know as indie pop artist Japanese Breakfast, writes movingly about grief, using food to connect with her Korean roots and her family. It’ll make you appreciate your relationship with any mom figure in your life. (Amazon, Bookshop) 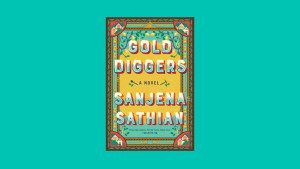 This one follows the son of Indian immigrants in the Atlanta suburbs who’s grappling with his parents' high expectations. The only thing he wants to focus on, though, is his neighbor and her special golden elixir. Cue a crazy string of events, some magical realism, a timeline jump, and you get a buzzy, propulsive novel that sheds light on the burden of making it in America. And a stinging commentary on Silicon Valley and the Bay Area. Mindy Kaling’s already scooped it up to adapt for TV, so you can consider yourself sold. (Amazon, Bookshop) 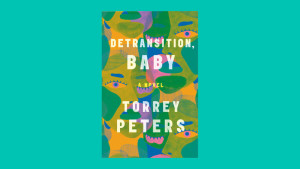 For when you’re a ‘family over anything’ type of person…

This one’s about what happens when your friends become your fam. When Ames (who detransitioned) finds out his boss is pregnant with his baby, he proposes raising the child with his ex — a trans woman in NYC who desperately wants to be a mother. The trio becomes an unconventional family in this comedic and thoroughly modern novel. (Amazon, Bookshop) 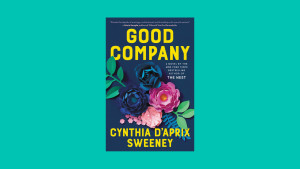 For when you love a good trouble-in-paradise plot device...

Welcome to the club. When a woman finds her husband’s supposedly long-lost wedding ring in their garage, she starts to see her marriage and close friendships in a new light. It’s from the author of “The Nest,” so you can expect some good family drama. Buckle up — it’s about to get bumpy up in here. (Amazon, Bookshop) 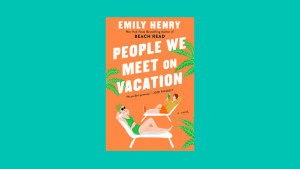 “People We Meet on Vacation” by Emily Henry

For when you want something with big rom-com energy…

Emily Henry (from “Beach Read” fame) is back with another smart, steamy romance. This one follows Poppy and Alex on a trip to Palm Springs as they work through a rough patch in their 12-year friendship. It's about opposites attracting and friends becoming...more than friends. You will feel all the feels. And probably shed a few tears. Don’t say we didn’t warn ya. (Amazon, Bookshop) 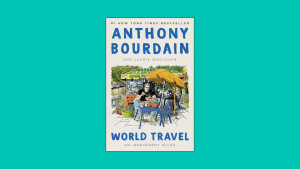 For when you’re getting ready for your next big trip...

Check out this title first. This posthumous release chronicles Bourdain’s many travels and doles out expert advice along the way — about where to eat, what to do, and what to avoid. It also has essays by his friends and family that’ll help deepen your connection to the places in the book. Bon voyage. (Amazon, Bookshop) 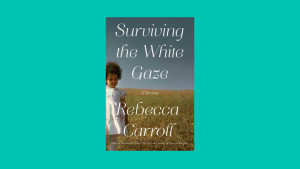 For when you want to explore complex family dynamics…

Rebecca Carroll tells the story of growing up adopted as the only Black person in her small New Hampshire town. When she meets her birth mother, her relationship with her own race becomes even more complicated — her mother is white, and is eager to undermine her daughter’s search for Black identity. (Amazon, Bookshop) 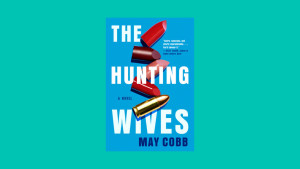 “The Hunting Wives” by May Cobb

For when your book club exclusively reads thrillers…

Add this one to the queue. A woman leaves behind big-city life to settle down with her husband and son in Texas. It at first seems like the perfect idyllic community. But she soon feels boredom start to kick in...until she meets the Hunting Wives — an alluring secretive group of women that lead her directly into trouble. The plot twists? They keep on coming. (Amazon, Bookshop) 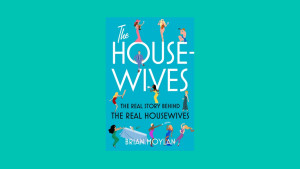 “The Housewives” by Brian Moylan

For all the Bravo-holics out there…

Who says you can’t get a reality TV fix on the beach? This nonfiction title charts the entire “Real Housewives” franchise. And drops some scoops you’ve always wondered about (like how much they really get paid). It’s compulsively readable and you’ll probably want to go on a Bravo binge sesh after. Sorry, not sorry. (Amazon, Bookshop) 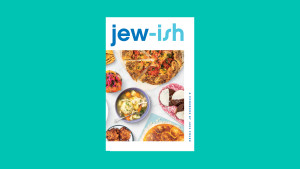 “Jew-ish: Reinvented Recipes from a Modern Mensch” by Jake Cohen

Make your dreams a reality. This NYT bestseller is an IG-friendly celebration of Jewish cooking. Cohen, who grew up eating Ashkenazi staples and whose husband is Persian-Iraqi, provides a roster of modern riffs on classic Jewish dishes. Think: cacio e pepe rugelach, pumpkin spice babka, and more. He’s got the typical stuff that’ll you want to nosh on come challah-days (helllooooo, matzo ball soup) and the dishes you’ll want to have on a regular Tuesday night. We’re so hungry-ish just thinking about it. (Amazon, Bookshop) 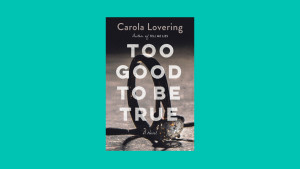 “Too Good to Be True” by Carola Lovering

For when you love a good duplicitous moment...

Twists, lies, cons, oh my. The “Tell Me Lies” author and Skimm HQ fave is back with another novel that will keep you up at night. In her latest, a successful NYC book editor gets engaged to her boyfriend after only a few months of dating. Her friends aren't convinced he's Mr. Right. And turns out, they're onto something. Because Prince Charming’s hiding a biiiiig secret. No spoilers but you''ll be guessing the ending until the last twisty page. (Amazon, Bookshop) 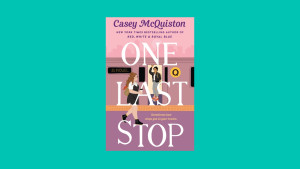 “One Last Stop” by Casey McQuiston

For when your superpower of choice is time travel…

From the author of “Red, White & Royal Blue” we’re getting a new love story about a cynical 23-year-old who falls for a woman she saw on the NYC subway. The only catch? The woman’s a time traveler from the ‘70s who’s stuck on the Q train. It turns into a sweet romance filled with super-relatable millennial references. And it’s one you’ll finish in a single sitting. (Amazon, Bookshop) 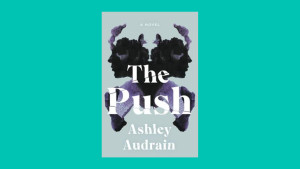 “The Push” by Ashley Audrain

For when you want something to stay up all night with…

Push this one to the top of your list. An unreliable narrator with a traumatic history of family abuse becomes a mother. After giving birth, she questions whether her difficulties connecting to her daughter are due to her past, or because there's something more sinister going on. It's a chilling psychological look at the dark, uncomfortable parts of motherhood and a provocative page-turner. (Amazon, Bookshop) 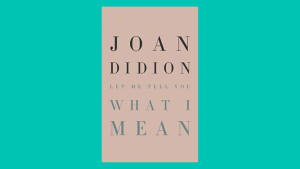 “Let Me Tell You What I Mean” by Joan Didion

For when you want some honest observations about the world...

Joan Didion to the rescue. Her wide-ranging essays cover the time she attended a Gamblers Anonymous meeting, her rejection from Stanford, and her thoughts on Hemingway, Nancy Reagan, Martha Stewart, and others. It’s compulsively readable and the perfect reminder of why we all love Didion so much. (Amazon, Bookshop)

We’re bringing you products, recs, and suggestions that’ll make your life just a liiittle easier. It all starts with adding us to your inbox.