Why Limiting Abortions Is Bad for the Economy 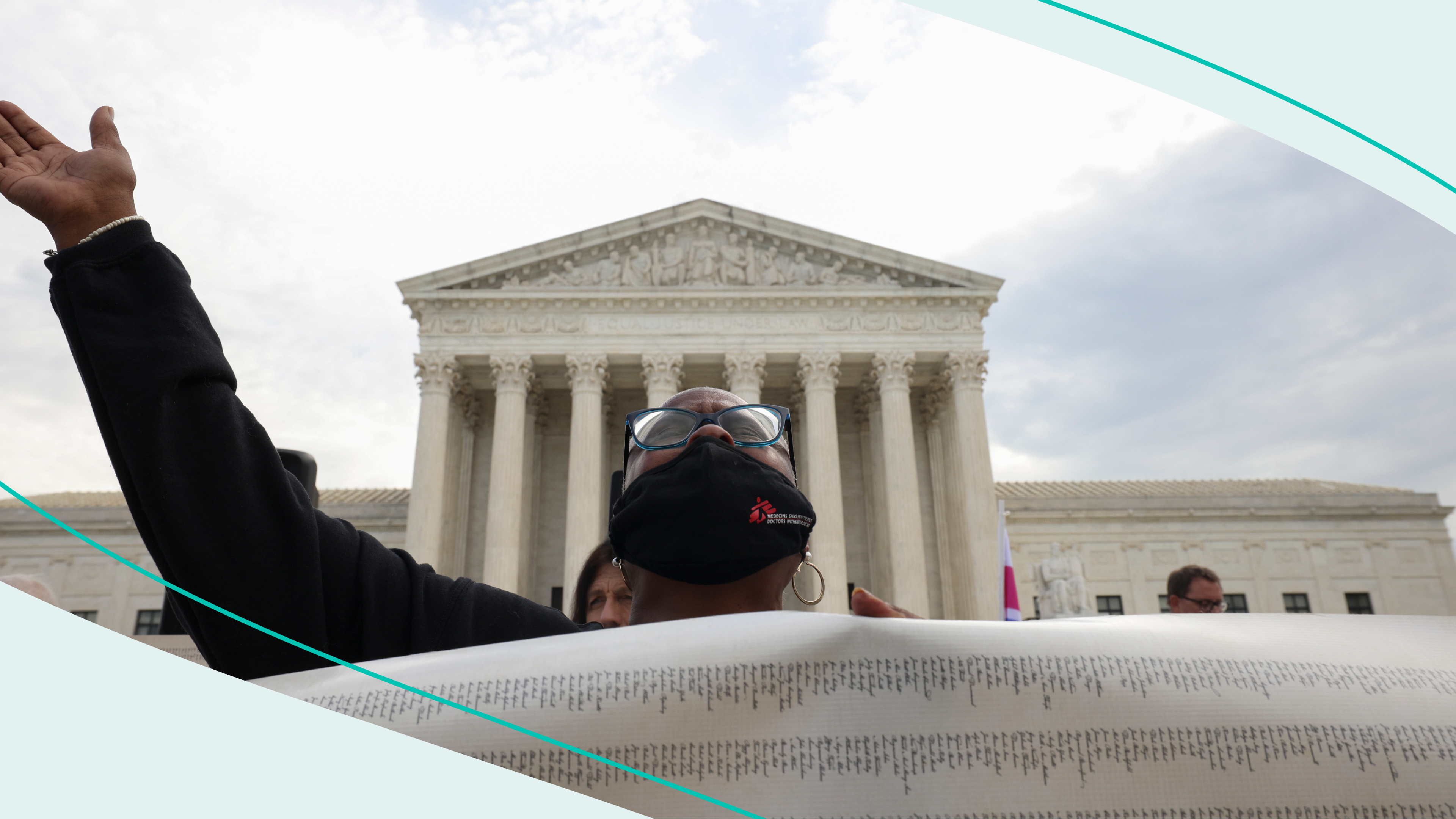 The Supreme Court has ruled to overturn Roe v. Wade, which eliminates the constitutional right to an abortion in the US. Of course, the abortion debate has a long and multi-faceted history in the US. And while it raises questions about the government’s role in healthcare decisions, there’s evidence that abortion access is an important factor for economic mobility.

The info here applies to all people seeking abortions, but we sometimes refer to “women" and “mothers” in this story.

Studies show that women who are denied abortions are at a much higher risk of experiencing financial insecurity than those who seek and receive abortions.

According to the Turnaway Study, which looks at the impact of denied abortions on women’s lives over several years, evictions and bankruptcies increase by 81% among those not being able to terminate an unwanted pregnancy. And the likelihood of being more than 30 days overdue on debt payments goes up by 78%.

Plus, six months after being denied an abortion, women are less likely to be employed full-time. And more likely to receive public assistance like food stamps, according to a study conducted by the National Center for Biotechnology Information.

And that’s because kids are expensive?

Yes. But also because many women see their income reduced when they become mothers (aka the motherhood penalty). Research shows that mothers are offered lower salaries, given fewer job opportunities, and expected to take more unpaid leave than fathers.

Mothers who work full-time outside the home earn about 70 cents for every dollar a father earns, according to the National Women's Law Center. And, much like the gender pay gap, the motherhood penalty disproportionately affects Black, Native, and Latina mothers. Latina mothers, for instance, earn 45 cents compared to a white father’s dollar.

Plenty of mothers overcome these financial setbacks to raise children anyway. But the ability to decide when to have that child makes a huge difference.

Who would be most impacted by limited abortion access?

Researchers estimate about one in four women in the US will have an abortion by age 45. And the women who receive abortions often have existing financial obligations and obstacles. According to the latest data available, the majority of women (60%) who receive abortions are already mothers (hint: already navigating the costs of raising a child). But even without kids, being single often comes with additional financial stress. And 46% of women who have abortions have never been married.

Plus, nearly half of those who receive abortions live below the federal poverty line — that’s a household income of $27,750 or lower for a family of four in 2022. Which also highlights the racial disparities that factor into abortion access since Black and Hispanic people are both more likely than white people to live in poverty. Higher-earners tend to have more access to effective contraception, and more access to abortion when needed. Because even if they live in abortion-restrictive states, they may be able to afford travel for care.

That leaves Black women and other women of color disproportionately affected by abortion bans. In Mississippi (which bans abortions after 15 weeks), for example, Black women have abortions at three times the rate of white women. And in Texas which has a six-week cut-off for abortions, Hispanic women obtain the procedure more frequently than Black or white women. And often have to navigate border patrol checkpoints and disclose their citizenship status to do so.

Plus, even in places without abortion bans, transgender and nonbinary people may struggle to get abortion care due to stigma and lack of access to experienced nonbinary healthcare providers. And that’s bad news for everyone.

The economy at large suffers when abortion access is restricted. By one estimate, state-level abortion restrictions cost the US economy $105 billion per year due to the reduction in labor and earnings.

If the US had a national paid family leave policy, widespread access to affordable childcare, or provided additional financial assistance like the expanded child tax credit, the impact of abortion access may be less significant. Even a slight increase in women joining the workforce in the US could boost the GDP by $511 billion over the next decade by one estimate.

But the reality is the US remains the only industrialized country without a federal paid family leave policy. And childcare continues to come at a cost.

A Supreme Court decision that restricts abortion will have plenty of implications for healthcare and the role of government. But the economic impact shouldn’t be overlooked. Abortion access means financial freedom for individuals. And a healthier economy for everyone.