Why Legalizing Marijuana Has a Big Impact on the Economy 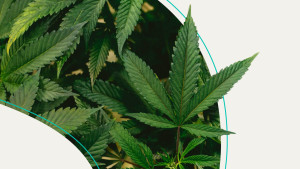 A November 2020 Gallup poll says 68% of Americans support legalizing marijuana, the highest level since the survey started asking in 1969. And last week, Senate Majority Leader Chuck Schumer proposed legislation to decriminalize it nationwide. Whether US lawmakers can unite on a broad legalization package remains hazy, but one thing is clear: it has a big impact on the economy.

Isn't it already legal in some places?

Yes. But exact rules vary by state. Think of it as a legalization spectrum. There's...

And what does this have to do with money?

What's the argument against legalizing?

Lawmakers against legalization say it's mostly because of health and safety uncertainties. The CDC says negative short- and long-term effects on brain development (read: causing problems with memory, attention, and learning) are a possibility, especially for chronic teenage users. Some are concerned about a potential increase in driving under the influence. Others have coined it as a gateway drug that could become addictive or lead to the use of heavier substances.

Whether marijuana will be legalized at the federal level isn't a new debate. And it's still up in smoke the air. Understanding how it could impact the economy – and maybe even your bottom line – can help you decide where you stand on the issue.