History made in Senate runoff election, Officers won't face charges in Jacob Blake shooting, KimYe on the brink of divorce 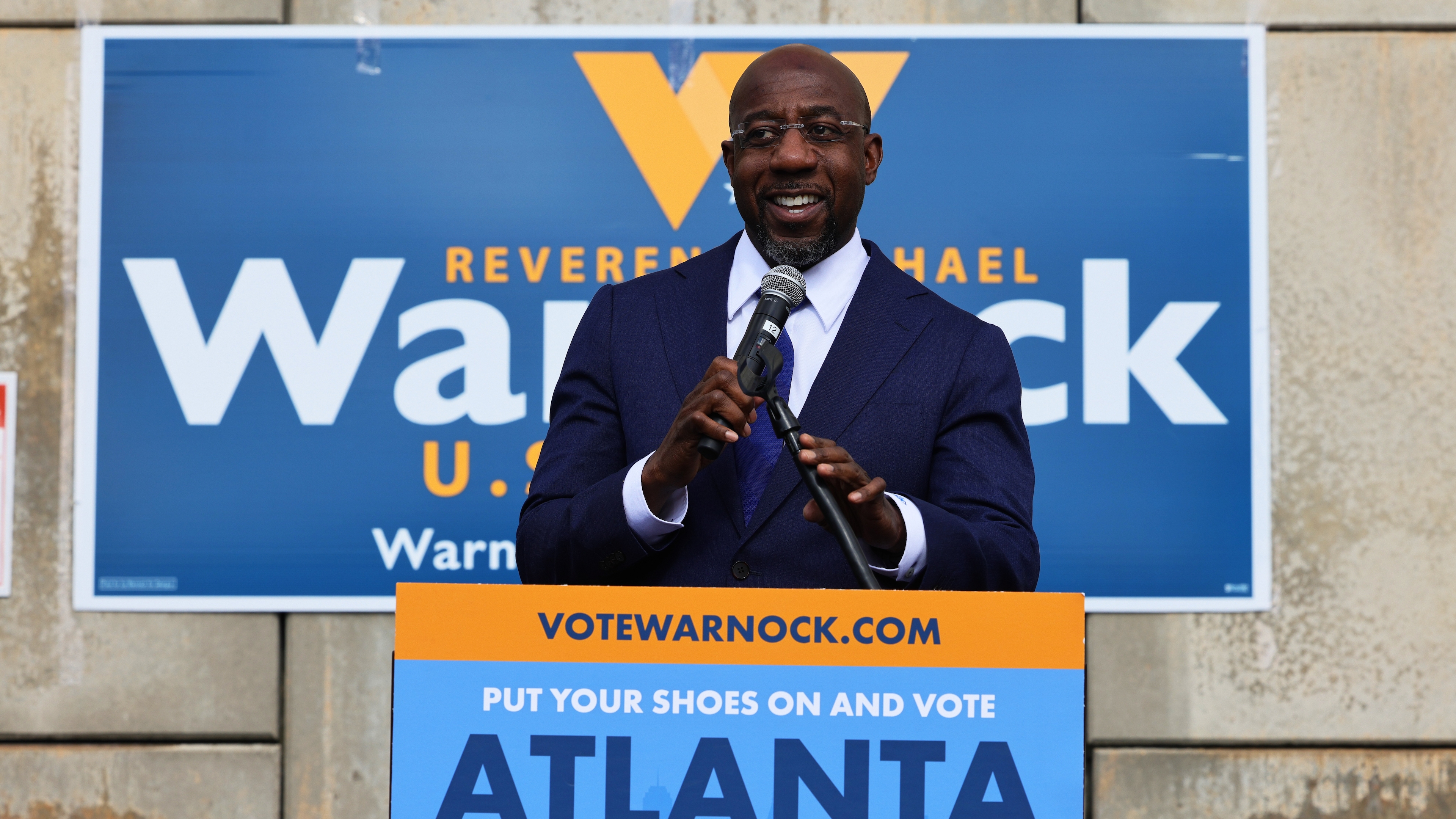 What Happens to Congress

Today, we might find out who controls the Senate.

Yesterday, Georgians went to the polls to vote in two Senate runoff elections. And one of those seats went blue. Rev. Raphael Warnock (D) beat out incumbent Sen. Kelly Loeffler (R). In a virtual speech, the pastor of Ebenezer Baptist Church – where Dr. Martin Luther King, Jr. served as co-pastor with his father – promised he'd "work for all of Georgia." He will be Georgia's first Black senator.

What does that mean for the Senate?

Who controls it depends on the still-too-close-to-call results of the race between incumbent Sen. David Perdue (R) and his challenger Jon Ossoff (D). If Perdue wins, Republicans will control the Senate 51-49. If Ossoff wins, both he and Warnock will have made history, and there will be a 50-50 tie in the Senate. VP-elect Kamala Harris will then act as the tiebreaker. Final numbers are expected to come today.

All eyes are on Georgia's record turnout runoff elections. And whichever party wins will play a significant role in whether President-elect Joe Biden can implement his legislative agenda.

What Happens in Congress

Today, we'll find out if Congress faces a partisan showdown.

The 2020 election. Today, Congress certifies President-elect Joe Biden's 306 electoral votes – a typically easy process. But at least 13 Republican Senators plan to object to the Electoral College results by challenging some states' certification. And they want a commission to start a 10-day audit into allegations of voter fraud. (Note: there has been no evidence of widespread voter fraud.)

Will this change the end results?

Unlikely. But it could delay Biden's certification. The whole process is being viewed as a loyalty test to President Trump. Especially for VP Mike Pence, who's been pressured by the president to reject the results. And had to remind him that the Constitution doesn't allow that. While this unfolds on TV (FYI: it starts at 1pm ET), some pro-Trump supporters plan to protest in Washington, DC.

The 2020 election is closer to officially being over. But President Trump and his supporters aren't going down without a fight. Now, many wait to see if the democratic principles outlined in the Constitution still stand tall despite this unprecedented attack.

Kenosha, WI. Yesterday, county District Attorney Michael Graveley announced the police officer who shot Jacob Blake will not face any criminal charges. In August, a white police officer shot the 29-year-old Black man seven times in the back as he leaned into his SUV, where his kids were in the back seat. The shooting left Blake paralyzed from the waist down and sparked nationwide protests and riots. Graveley said investigators reviewed over 40 hours of video and hundreds of pages of police reports. And said that Blake was "clearly armed with a knife," and had admitted to it. Blake's family lawyer said they were disappointed with the decision and that it failed "the community that protested and demanded justice."

...Oh and speaking of Kenosha, Kyle Rittenhouse pleaded not guilty after he was charged with killing two people and injuring a third at a protest there following Blake's shooting.

Where people are raising alarms…

Hong Kong. Yesterday, dozens of opposition figures there were arrested under China's national security law. The reason? Because they were reportedly "subverting state power" (which basically means: trying to overturn power) when they held unofficial primaries last July in hopes of winning a majority in Hong Kong's legislature. The arrests (which are considered the largest crackdown since the law was enacted) happened early in the morning local time and took many by surprise. And there's more. Since many have been denied bail, they could be sitting in jail for weeks until formal hearings begin.

Who's about to knock your Sox off…

Bianca Smith. Earlier this week, the Boston Red Sox announced they hired Smith as a Minor League coach. The move makes her the first Black woman to coach in professional baseball. Smith said she hopes this will "inspire other women who are interested in this game." Home run.