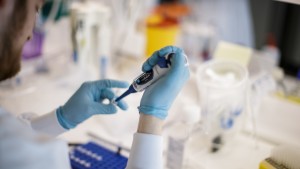 In December, America began its largest vaccination campaign in history. Since then, states have been working to distribute and administer millions of doses. But the previous admin reportedly lacked a distribution plan and the vaccine rollout has been more of a slow-out. For comparison, the US lags behind Israel, the UAE, UK, and Bahrain in doses administered per capita. Despite President Biden's efforts to ramp up the process, the US is facing more troubles:

The tech gap...Most local govs have turned to the power of the internet to get vaccine appointments scheduled. But it's leaving many seniors – a high-risk group – behind. The problems range from lack of digital literacy to internet access. And even if they do get an appointment, there are reports of seniors having to wait hours in line. Some orgs are trying to help out by providing accessibility (think: phone calling, signing people up, and helping with transportation).

Shortages and issues…One analysis has found that all 50 states reported vaccine shortages. And some sites have canceled appointments because of it. While future vaccine production may help ease the shortage problem, there are also natural causes at play like freezers breaking and snow traffic jams. And not-so-natural causes, like anti-vax protests that delayed immunization efforts in Los Angeles.

Priority…Federal guidelines suggest that high-risk populations (seniors, health care workers) get first jabs. But states ultimately call the shots. In Massachusetts, there's reportedly been criticism about young medical researchers getting vaccines before the elderly. And after facing backlash, the Biden admin canceled plans to vaccinate dozens of Guantánamo Bay prisoners. Meanwhile, some are allegedly trying to pay their way to the top of the list.

Racial disparity…People of color have been disproportionately affected by the coronavirus. And vaccine rates among Black Americans and Latinos are falling significantly short. One analysis found that vaccination rates among Black Americans are two to three times lower than white Americans. Some of the reasons are accessibility and distrust in health care after its long history of systemic racism. In NYC, data shows that of the residents vaccinated, nearly half are white – and only 11% are Black residents and 15% are Latino. Local and state officials in NY recognized the disparities and said they're revamping their approach to close the gap (think: making the application process easier, offering more translation services).

Many counted down the days until the US would have vaccines to fight the pandemic. But now that the country has the shots, it's facing an uphill battle to immunize those most at risk, fast.

Where the military's running things now...

Myanmar. Yesterday, the military detained the country's civilian leader – Aung San Suu Kyi – taking control of the country. In November, citizens went to the polls, bringing in more seats to Suu Kyi's party. Today, those lawmakers were supposed to have their opening session. But Myanmar's military – which ruled with a firm grip until 2011 – claimed election fraud. Now, the country's internet is down in some areas. Domestic flights are reportedly grounded. And at least a dozen civilian leaders were taken at gunpoint. The military says its commander-in-chief is running the country now. And that there will be a state of emergency for a year.

Russia. For the second weekend in a row, tens of thousands of people across the country turned out to call for Alexei Navalny's release. Earlier this month, Russia's opposition leader returned home after recovering from being poisoned. But he was immediately arrested for violating a 2014 jail sentence for embezzlement. Now, his supporters are taking a stance. More than 5,000 people – including Navalny's wife – were reportedly detained yesterday, and officials closed parts of the city and set up checkpoints. More protests are expected tomorrow when Navalny heads to court over the embezzlement allegations, which could put him behind bars for years.

Johnson & Johnson. Last week, the drugmaker announced its COVID-19 vaccine was 66% effective in preventing moderate to severe disease, 28 days after immunization. But unlike the Moderna and Pfizer-BioNTech vaccines, Johnson & Johnson uses a more traditional vaccine approach. And it only requires one dose – no freezing needed. This could make the vaccine less expensive to distribute compared to Pfizer's and Moderna's. But it still needs to be approved by the FDA before it's given emergency use authorization, which could happen later this month.

Black Lives Matter. The movement has been nominated for the 2021 Nobel Peace Prize for "bringing forward a new consciousness and awareness about racial justice." BLM said it's only getting started in its fight for racial justice.

What has a nice ring to it…