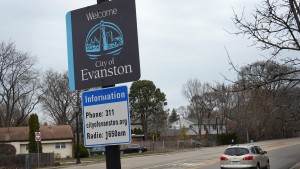 Evanston, Illinois, has become the first US city to approve reparations for Black Americans.

Reparations are a way to address historical injustices. And are most often given in the form of compensation. Native Americans received reparations for the US's seizure and pillaging of native lands. As did Japanese Americans affected by internment camps. But Black Americans have been excluded. Time and time again, the US has failed to compensate Black Americans for slavery and generations of racial discrimination that have led to wealth, housing, and education disparities. Now, a Chicago suburb is paving the way.

On Monday, Evanston's City Council voted 8-1 to approve local reparations in the hopes of compensating residents who'd suffered from the city's housing discrimination laws. That includes Black Americans who a) lived in the city from 1919 to 1969 (before the city passed a fair housing law), b) their descendants, and c) anyone who can prove they faced housing discrimination because of city policies. People who qualify could receive up to $25,000 each in housing grants for things like repairs or property down payments. Right now, the city only has $400,000 to distribute, using tax revenue from recreational marijuana sales. It's hoping to bump that figure up to $10 million over the next 10 years.

One city official (who voted against the plan) called it "a housing plan dressed up" as reparations. And critics said people should have a say in what to do with the money. Supporters, including racial justice groups, activists, and other city officials say it's a step in the right direction – and could lead to other reparation efforts by the federal gov and other cities. Throughout the country, communities are looking into it (like: the state of California, cities including Amherst, Asheville, and Iowa City). Private institutions like Georgetown University are on board too. Last month, Rep. Shelia Jackson Lee (D-TX) reintroduced a House bill calling for a federal commission to study reparations and slavery – something President Biden has said he supports.

For decades, politicians and activists have called on the US to grant reparations to Black Americans. Now, a city with a population of 73,000 people has taken the first step toward addressing generations of systemic racism.

The gunman, a 21-year-old man, has been charged with 10 counts of first-degree murder. And authorities are still investigating the motive. The attack – coming on the heels of last week's mass shooting in Georgia – has reignited a national debate over gun control. Here's what's happening at the federal level:

White House...Yesterday, President Biden ordered gov flags to fly at half-staff – a day after they had been raised from honoring the victims in the Atlanta shootings. And called on Congress to "immediately pass" two bills on background checks that recently passed the House. Biden said he doesn't "need to wait another minute" for common sense gun laws. The president's team has reportedly been meeting with gun control advocates to determine what kind of executive action he could take on things like background checks.

Congress…Yesterday, the Senate Judiciary Committee held a pre-scheduled hearing on gun control. The result: Even after two deadly shootings, Democrats and Republicans are still split on the issue. Dems are urging the Senate to pass legislation. But Republicans say proposed gun control laws on things like background checks wouldn't solve the issue – and would impede on their Second Amendment rights. Right now, the two House bills don't have the 60 votes needed to pass in the Senate.

What's got people asking a bunch of questions…

AstraZeneca. This week, the pharma giant's faced accusations it may have used "outdated information" tied to its COVID-19 vaccine. On Monday, AstraZeneca said a US-based clinical trial showed its vaccine is 79% effective at preventing symptomatic COVID-19. And showed 100% efficacy at preventing severe disease and hospitalization. Now, federal health officials say the company basically hand-picked its data, possibly misleading the public. AstraZeneca defended itself, saying its data is "consistent" and that it plans to announce more results in the coming days.

What could be giving a new meaning to 'snail mail'...

The US Postal Service. Yesterday, Postmaster General Louis DeJoy announced a 10-year plan to overhaul the agency. In it: longer delivery times for some first-class mail, shorter post office hours in certain areas, and pricier postal rates. The USPS, already billions of dollars in debt, has been suffering during the pandemic. Now, DeJoy says he's taking steps to stay afloat. The American Postal Workers Union said the changes were "long overdue." But some are concerned about the slower delivery times – especially when many Americans rely on the agency for prescriptions.

This app. A Canadian nonprofit has an app that allows people to see what Indigenous land they're standing on in parts of the world. And wants everyone to acknowledge the Indigenous peoples who lived on the land before Europeans settled.

When Prince Harry says to just call him 'Harry'...

How about "chief impact officer?"