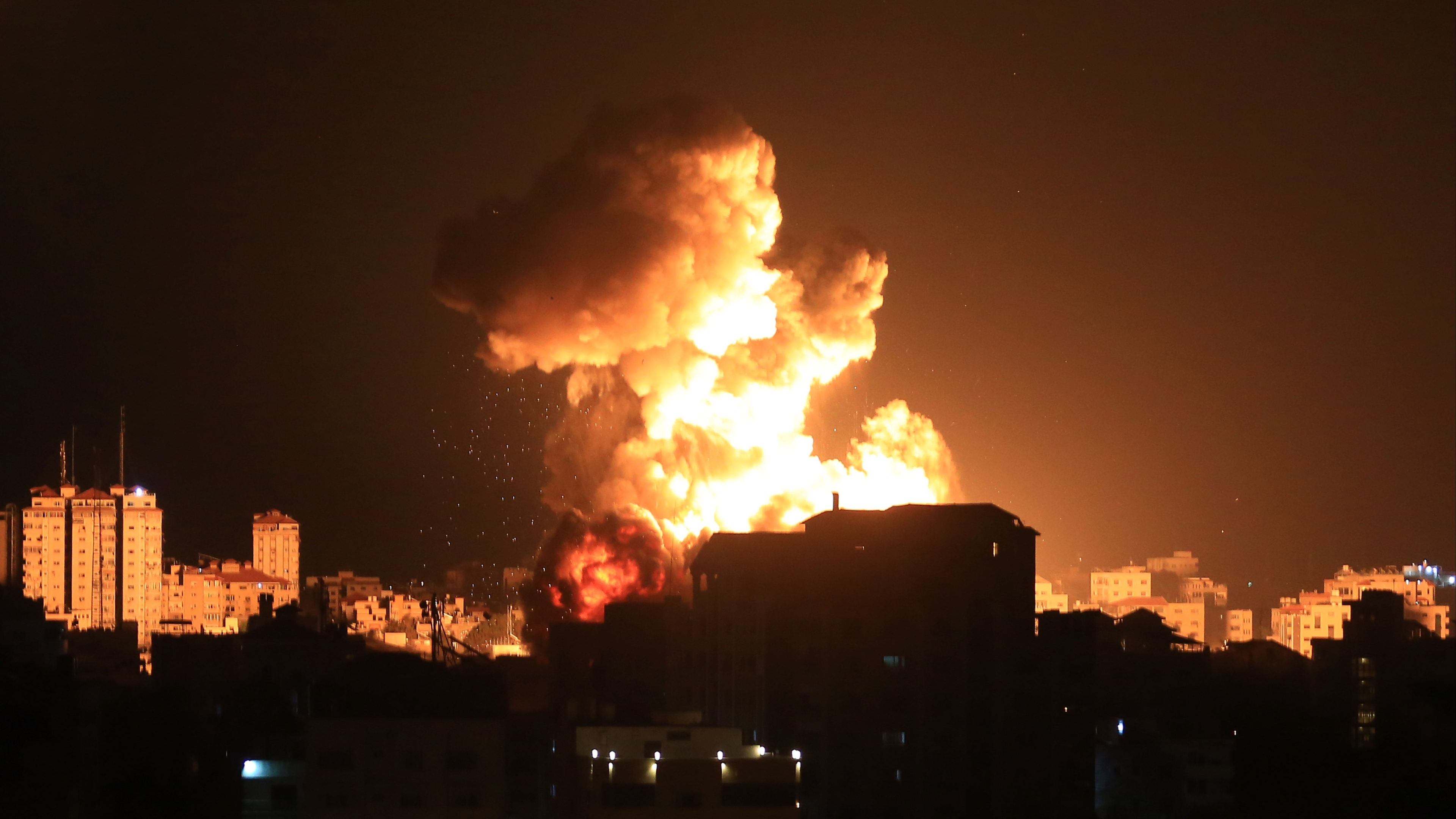 No End in Sight

Israel and Gaza are under fire.

Conflict in the region is nothing new. But in recent weeks, Israelis attempted to evict six Palestinian families in the neighborhood of Sheikh Jarrah. Tensions rose and protests turned violent: earlier this week, Israeli police raided the Al-Aqsa Mosque compound – Islam's third holiest site – during Ramadan, firing rubber bullets and grenades at Palestinians who threw stones at them. Hamas – the Palestinian militant group that runs Gaza – began launching dozens of rockets. Israel launched airstrikes in return. Meanwhile, clashes have erupted between Israeli Arabs and Jews on the streets of Israel with cars, a synagogue, and shops torched. There've been reports of attempted lynchings. It's the worst violence since the weeks-long war in 2014. Here's what this week has looked like for...

Palestinians…They're hearing non-stop ambulance sirens. Gaza's been hit with hundreds of airstrikes. Buildings are shaking. Entire city blocks are in rubble. Three residential buildings were leveled, with families barely escaping in time. More than 300 people have been injured and 69 killed – including at least 16 children.

Israelis…They're hearing air-raid sirens. Buildings are shaking. Millions have sought refuge in bomb shelters. Israel's Iron Dome – its missile defense system – has intercepted about 90% of rockets – an estimated 500. But some reached cities like Tel Aviv. Seven people have been killed, including a six-year-old child.

When will the violence end?

It's not clear. Israel has rejected ceasefire talks with Hamas. And said it will not stop launching airstrikes into Gaza until there is "complete quiet." Hamas called the conflict "open-ended." Protests in solidarity with Palestinians and Israelis have erupted around the world. Egypt, the US, the UN, and other intermediaries are urging calm. And the ICC is watching for possible war crimes.

The Israeli-Palestinian conflict has gone on for decades. And while leadership and extremists continue to escalate the fighting, innocent civilians are the ones left to suffer.

Gas. Yesterday, its average US price climbed to over $3/gallon for the first time since 2014. That's in part because of last week's ransomware attack on one of the US's largest fuel pipelines. Operators just began to fully restore service to the pipeline that supplies 45% of fuel to the East Coast. But the disruptions stoked fears of gas supply shortages. And prompted people to panic buy at the pump. (As if we didn't learn our lesson over toilet paper.) Now, gov officials are reminding people to stop hoarding and not store gas in plastic bags. Florida, Georgia, Virginia, and North Carolina have declared states of emergency – allowing state govs to regulate prices. Meanwhile, President Biden signed an executive order to try to beef up the US's digital defenses.

Everything else. Yesterday, a Labor Department report confirmed what you might have noticed: prices for clothes, food, cars, insurance, and housing have gone up by over 4% – the fastest rate since 2008. Things like greater demand, supply disruptions, understaffed companies, and rising fuel costs have contributed to your wallet's pain. Now, Americans are paying more for basic goods and it's got many (like the stock market) wondering how long this will last. But the Fed's saying 'this is likely all temporary.'

Who got a demotion…

Rep. Liz Cheney (R-WY). Yesterday, she got booted as the House GOP's No. 3. Cheney's leadership position has been in jeopardy ever since she voted to impeach then-President Trump for his role in the Jan 6 insurrection. Some House Republicans tried – but failed – to oust her in February. Now, they're saying 'second time's a charm' and are expected to vote on Cheney's replacement as soon as tomorrow. The top contender: Rep. Elise Stefanik (R-NY). As for Cheney, she said she'll do everything in her power to make sure Trump "never again gets anywhere near the Oval Office."

What's got parents cheering and doing the wave...

Pfizer's coronavirus vaccine. Yesterday, the CDC recommended its use in 12- to 15-year-olds. The two-dose shot has shown to be 100% safe and effective in that age group during clinical trials. Earlier this week, the FDA gave it the green light for emergency use. Now, US health officials are singing 'roll out' and hoping to get the shot into kids' arms in time for summer camp and school in the fall. Pediatricians could start giving the shot as soon as today.

Who's dancing off the stage…

Ellen DeGeneres. Yesterday, she said her talk show will wrap up after its 19th season next year. It comes after the show – which garnered over a million loyal viewers since 2003 – faced scrutiny amid allegations of racism and intimidation in the workplace.

Who's delivering some honors…

The Rock & Roll Hall of Fame and the United States Mint.