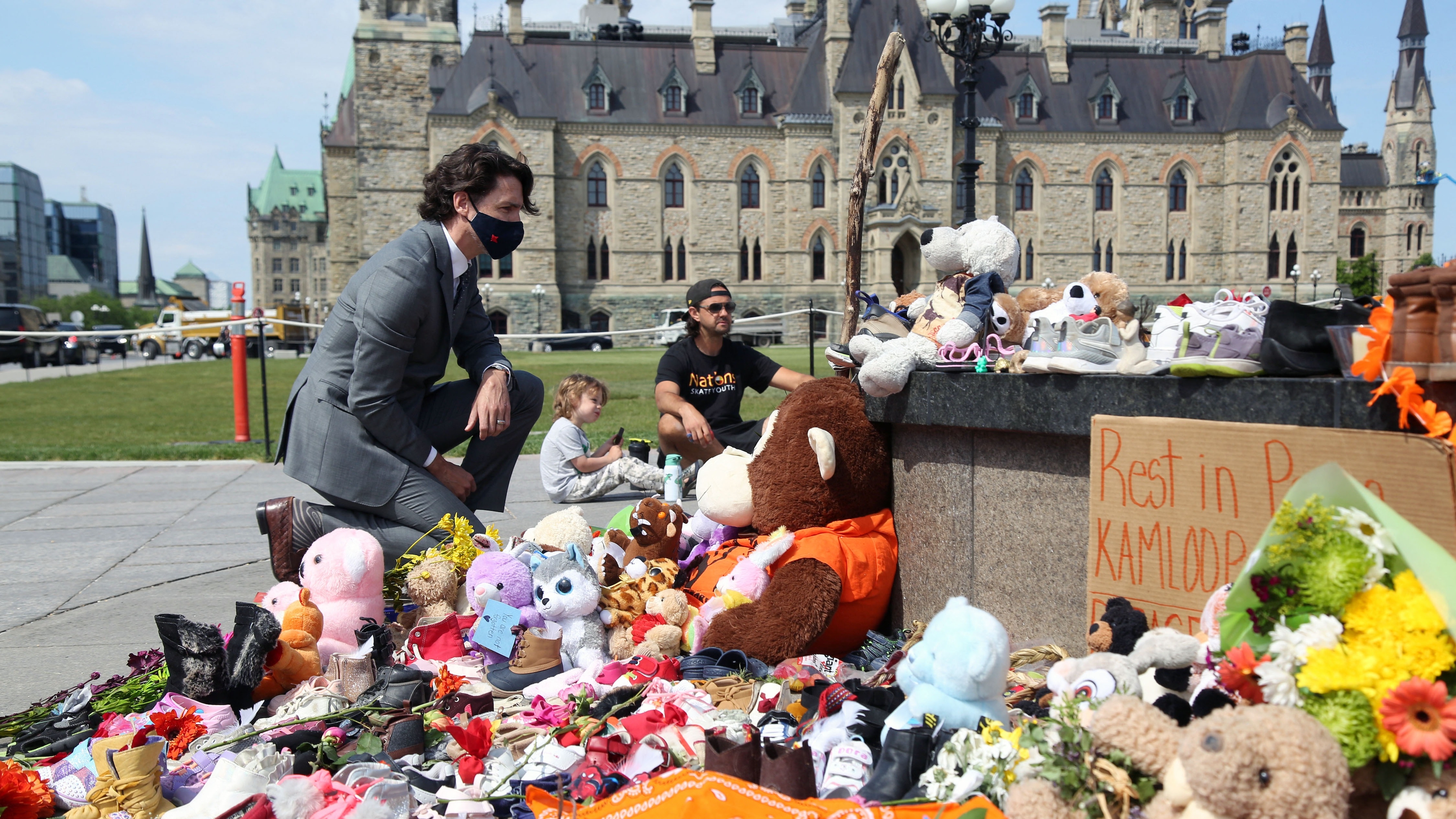 Canada has failed its Indigenous youth.

We're talking about residential schools. Since the 1880s, Canada has funded about 150 boarding schools, most run by the Catholic Church. The goal: to forcibly assimilate Indigenous kids into Canadian society. More than 150,000 Indigenous children were forced to go to these schools – forbidden from speaking their native language or performing cultural practices. At least 4,000 never returned home. Their parents were given no explanations. Officials called them "missing children." But it's not a thing of the distant past: the last of these schools shut their doors in the late 1990s. Now, unmarked graves are being discovered – shedding a light on Canada's dark past.

Last month, the Tk'emlúps te Secwépemc First Nation discovered a burial site of 215 children on former school grounds in British Columbia. This week, the Cowessess First Nation said they found the graves of an estimated 751 people in Saskatchewan – many reportedly children. Overall, Indigenous communities have found hundreds of unmarked graves throughout Canada. And it's not yet clear how they died. Diseases like tuberculosis were rampant back then. Many children suffered sexual, physical, and emotional abuse. Priests and monks reportedly impregnated girls, incinerating the infants after birth. And schools buried the bodies near or on school grounds to save money.

Prime Minister Justin Trudeau vowed to help Indigenous communities – and the gov's dedicated some money to help with searches. Pope Francis has called the discovery "sad." But the Catholic Church has yet to apologize for its role – something many continue to call for. One Indigenous leader called the atrocities a "crime against humanity." And communities have vowed to continue their search in efforts to get some sense of closure. Meanwhile, in the US – where similar schools existed in the 19th and 20th centuries – the Interior Dept is launching its own review.

For generations, the systemic abuse of Indigenous people has been dismissed. Now, Canada's forced to face its dark past while communities are still trying to heal from generations of trauma.

The infrastructure plan. Yesterday, President Biden announced the White House had struck a bipartisan deal with a group of senators. In late March, Biden intro'd his $2 trillion wish list. But Republicans took one look at the price tag and the corporate tax rate hike needed to pay for it and said 'that's not going to work for us.' Lawmakers and the White House got back to the drawing board in hopes of passing a plan everyone can get behind. Now, the White House and 21 senators agreed to spending $1.2 trillion over eight years for things like roads and bridges, EV chargers, and broadband internet. But as with most negotiations, not everyone is happy. Sen. Richard Blumenthal (D-CT) called the deal "pathetic." Senate Minority Leader Mitch McConnell (R-KY) was not pleased that Biden is still pursuing the rest of his progressive wish list items without Republican support. Next up: considering the Senate is divided 50-50, Biden's going to need all Dems and at least 10 Republicans on his side to push the infrastructure plan through.

...Oh and speaking of things on the Biden admin's priority list, the CDC extended the eviction moratorium to July 31.

Surfside, Florida. Yesterday, a 12-story condo building near Miami Beach partially collapsed. At last one person died, and 37 others were rescued from the rubble. 99 people are still missing. Officials are investigating what caused the building to collapse. But a recent study reportedly found that the building showed signs of sinking since the '90s. Florida Gov. Ron DeSantis (R) called the event "traumatic" and declared a state of emergency.

Derek Chauvin. Today, the former Minneapolis police officer is scheduled to be sentenced. In April, a jury convicted Chauvin for murdering George Floyd last year when he kneeled on Floyd's neck for over nine minutes – all while the 46-year-old Black man cried out he couldn't breathe 27 times. Today at 2:30pm ET, a judge is expected to deliver a sentence for the most serious charge: second-degree murder. Prosecutors are recommending 30 years in prison, while Chauvin's lawyers are asking for probation. Some experts predict he could be sentenced to 12.5 years in prison, given he has no prior criminal record.

PS: Police convictions like this are rare. We explain why here.

Rudy Giuliani. Yesterday, a New York court suspended President Trump's former personal lawyer from practicing law in the state. The reason: lying to courts, lawmakers, and the American public while pushing the lie that the 2020 election was stolen. Giuliani reportedly called the court move a "one-sided decision" and may appeal.