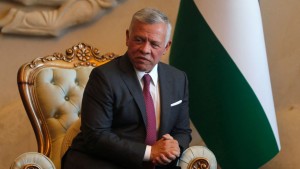 Breaking news: The rich know how to get richer.

Same, but this time there’s apparently solid proof. For months, more than 600 journalists in 117 countries have been rummaging through nearly 12 million documents to expose the wealthy. Meet, the Pandora Papers. This is apparently one of the biggest ever global investigations, run by the International Consortium of Investigative Journalists (ICIJ). Journalists apparently looked into hundreds of people including billionaires, celebrities, politicians, and business leaders. And are now shining a light on the minds and bank accounts of some of the most wealthy and powerful.

How’d they do it?

Tax havens. Regular banks are apparently for commoners. So the uber wealthy (like ​​King Abdullah II of Jordan and Czech Prime Minister Andrej Babiš) apparently put their money in places like the Cayman and British Virgin Islands, Panama, Dubai, Monaco, and Switzerland. Or even South Dakota (unexpected, we know). An estimated $5.6 trillion to $32 trillion could be hidden offshore. But that doesn't even include offshore assets. Like the over $40 million property in London the Azerbaijani president's 11-year-old son allegedly owned. Or the apartment in Monaco another president reportedly got his girlfriend. Meanwhile, former UK Prime Minister Tony Blair may want to explain how the offshore firm he bought allegedly helped his family avoid over $400,000 in property taxes.

Loopholes. All of this is technically legal. But it raises ethical questions as around 10% of the world has been living on less than $2 a day while mega-rich space cowboys Elon Musk and Jeff Bezos run around in their space cowboy suits. The papers are blaring the alarm about the offshore financial system. And the findings could mean a shake-up for two European Union leaders named in the investigation. That includes the Czech PM – who’s up for reelection this week. He now has to answer why he used offshore investments to buy a $22 million château in France. A chât-no-no, indeed.

It’s no secret that the rich fail to pay their fair share around the world. Now, journalists are sifting through the paperwork to prove what many have known all along.

What’s not giving us difficult news to swallow…

Merck. On Friday, the drugmaker said its COVID-19 antiviral pill cut hospitalizations and deaths by about half. The drug, named molnupiravir (Merck wasn’t going for catchy), is designed to attack the virus’s ability to reproduce – and is apparently showing evidence of working on variants. We already have antibody treatments, steroids, and vaccines to work with. But if cleared, this would be the first FDA-authorized at-home COVID-19 treatment. (All other treatments apparently require an IV or injection in a hospital setting.) An at-home treatment is no substitute for the vaccine. But as the pandemic continues, the drug could help complement vaccines and treat breakthrough infections without crowding hospitals. Next up: Merck says it will submit data to the FDA ASAP. And emergency use authorization could come by the end of the year.

…Oh and speaking of vaccines, California is now the first state to issue a mandate for schoolchildren to get vaccinated. It applies to vaccines that have gotten full FDA approval and could kick in as soon as next year – affecting an estimated 6.7 million public and private students.

What’s confronting its past…

The French Catholic Church. Yesterday, an independent commission said the French Church has had an estimated 3,000 pedophile clergymen in the past 70 years. Officials have been investigating allegations of sexual abuse in the church as far back as the 1950s. Tomorrow, it's expected to publish its full findings – the latest scandal to shake up the Roman Catholic Church. The French Church has reportedly said it’s looking into offering abuse victims financial compensation. And the Vatican is waiting to respond until the full report’s released.

The California coast. On Saturday, an Amplify Energy pipeline leaked at least 120,000 gallons of oil into the Pacific Ocean near Orange County. Officials closed Huntington Beach as dead fish and birds washed ashore. Amplify's CEO says the pipeline has been shut off. And reportedly said the company is "fully committed" to making sure the area's cleaned up. But as cleanup crews worked around the clock to contain the spill, the Huntington Beach mayor called it an “environmental catastrophe.”

What people want control over...

Their own bodies. Over the weekend, tens of thousands of people across the US took to the streets for the fifth annual Women’s March. Protesters condemned Texas’s abortion ban and called on the Supreme Court – whose term starts today –  to protect reproductive rights.

What's giving (movie) credits where credit is due...