Daily Skimm: State of the Union, Georgia, and TikTok 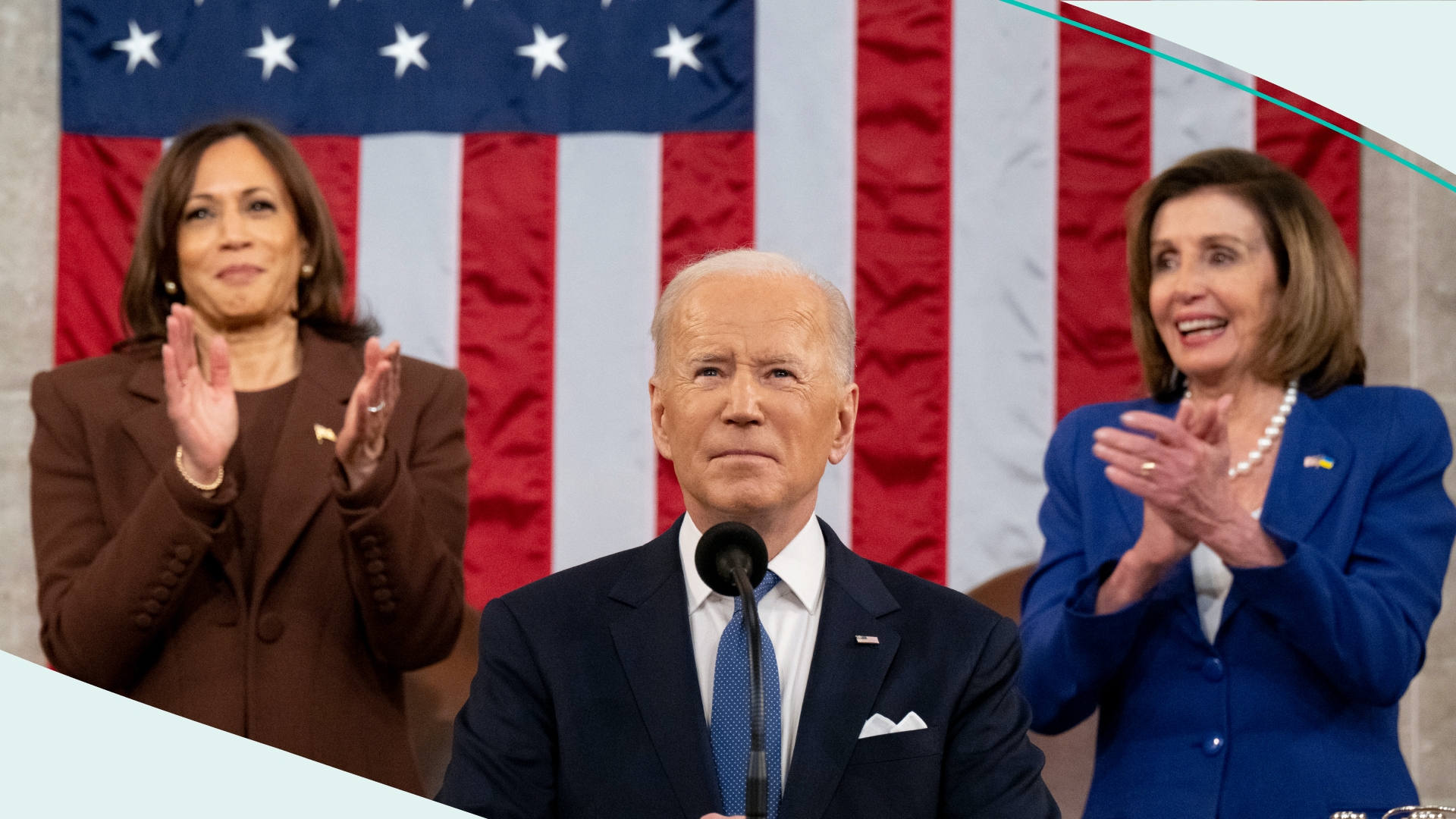 Wait, Is this Play about Us?

US democracy? Good question. This was the first SOTU address since the Jan 6 Capitol riot. And with democracy under attack abroad, it’s worth not taking ours for granted. Here’s what Biden had to say about…

Ukraine…Biden kicked off his speech calling out Russian President Vladimir Putin — earning a standing ovation from both parties. He praised Ukrainians for “their fearlessness, their courage.” He also took cues from at least two dozen countries and is closing US airspace to Russian planes. Now, he’s coming for the oligarchs. And while sanctions are directed at Russia, the US and allies are releasing 60 million barrels of oil from reserves. The goal: to help protect...

The economy…Biden loves a good comeback, shouting out the highest growth rate in nearly 40 years. But guess what’s also the highest in 40 years? Inflation. With wallets hurting, Biden says he wants to see more “Made in America” stickers. He also wants a higher minimum wage and reduced child care costs, nodding to the millions of women who left the workforce during the pandemic.

The pandemic…Severe cases are back to summer 2021 levels. And the CDC says many Americans can go mask-free. New variants could come. But vaccines, antivirals, and tests are helping. Speaking of, free refills on tests next week.

Other talkers…46 wants to reduce health care costs, end cancer, and preserve women’s right to choose. He’s tired of gun manufacturers avoiding lawsuits. And made it clear he wants “to fund the police.” Other big takeaways: $15 minimum wage is in. Social media companies are out. What didn’t get a mention: dropped campaign promises like wiping out $10,000 in federal student loans.

What was the reaction?

Love from some Dems...but not all. In the GOP rebuttal, Gov. Kim Reynolds (R-IA) criticized Biden for his handling of things like inflation, foreign policy, and COVID-19 mandates saying he “sent us back in time.” Meanwhile, as Biden was discussing veterans during his speech, Rep. Lauren Boebert (R-CO) was heard yelling “13” — in reference to the 13 US service members who died during the Afghanistan withdrawal.

Biden described the state of the union this year as strong because “the American people are strong.” But the speech came amid a war over democracy in Europe, rampant inflation, and an ongoing pandemic. Whether voters agree on Biden’s assessment will be up for a vote in November.

It’s been one week since Russian President Vladimir Putin’s invasion of Ukraine. Here’s where things stand on the…

War front: The UN says at least 102 civilians have been killed in Ukraine, but fear the death toll could be higher. In Kharkiv, the central Freedom Square was bombarded. Ukraine accused Russia of bombing a Holocaust memorial and TV tower, killing at least five people. Meanwhile, a 40-mile-long Russian convoy is stalled less than 20 miles north of the city, possibly running low on food and fuel.

Diplomatic front: About 100 diplomats walked out at the UN Human Rights Council during the Russian foreign minister’s speech — in which he accused Ukraine of looking to acquire nuclear weapons. Meanwhile, Ukrainian President Volodymyr Zelenskyy got a standing ovation after his speech to the European Parliament — where he urged they grant Ukraine membership into the EU. Meanwhile, Russia said it's ready to resume talks with Ukraine today.

…Oh and if you feel like all of this news is weighing on you, let's talk about ways to address your emotions (and stop doomscrolling).

PS: Want to help? Here are some ideas.

Where some voters are frustrated…

Georgia. Earlier this week, a federal judge ruled that the state’s maps can stay in place for this year’s elections. Last year, Gov. Brian Kemp (R) signed the maps into law after the 2020 census. But groups sued, saying the maps discriminate against voters of color. GA’s Black population reportedly grew by 500,000 over the last decade. Now, apparently, only four of the 14 congressional districts have a Black majority of voters…the same as before redistricting. The judge says the concerns with the maps may be legit but there’s not enough time to update them before primaries in May.

…Oh and speaking of elections, Texas’s GOP primaries are testing the state’s voters on how right (read: Trump) they are willing to go.

PS: Here's how congressional redistricting could impact your vote in the midterms.

The MLB. Yesterday, the league and the players’ union failed to agree on a new collective bargaining agreement. The two have been on the outs for a while — with the players’ union pushing for a better payment structure. Back in December, the league locked out the players from playing — and getting paid. And Opening Day was set to kick off on March 31. But now, if the regular season games are canceled, it’d be the first time it’s happened because of a work stoppage since 1995. Players could lose a collective $20.5 million in salary for each day the season is canceled. Talk about a diamond in the rough.

What has the audacity during Women’s History Month…

This preliminary study. It reportedly found that entering menopause before the age of 40 could be linked to a 35% higher risk of developing dementia later in life. One of the study’s authors said it could come down to estrogen. The hormone plummets when menopause hits, which can add to the body’s stress. The study, yet to be published, will be presented at a conference later this week.

When you’re looking for ways to procrastinate even longer...