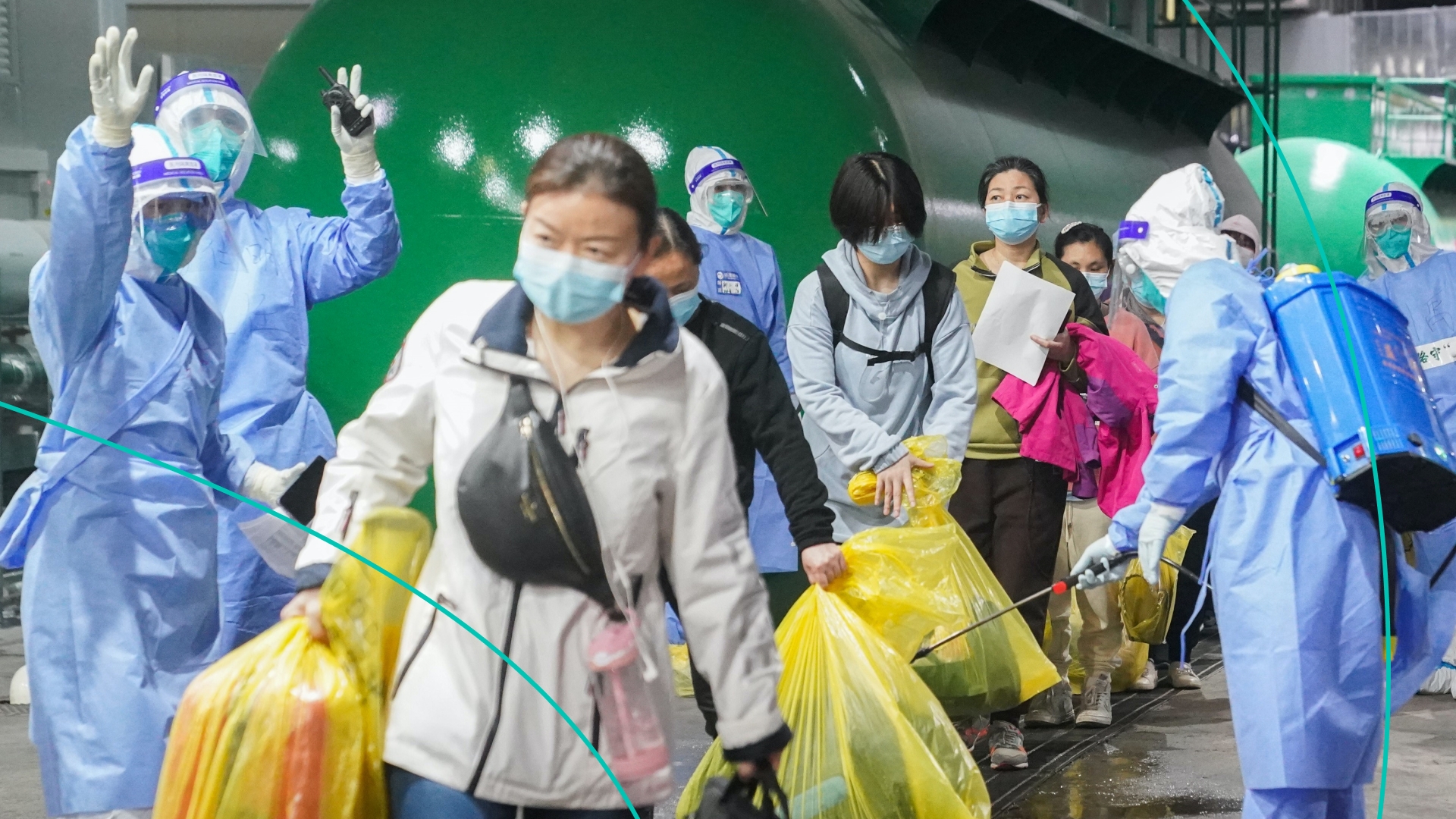 COVID-19 is on the rise in Shanghai. And so are tensions.

Last month, the city became the epicenter of China's largest outbreak since the beginning of the pandemic. And went into lockdown. ICYMI, the country has a zero-tolerance COVID-19 policy. Meaning: mass testing, mandatory quarantines, and lockdowns. Fast forward to today: 25 million people in Shanghai are still trapped in their homes, some separated from family members. As food and medicine run short. And people there are growing more frustrated by the rules every day.

People who test positive are sent to quarantine centers. Some have complained about the poor conditions there (like reports of no showers and lights staying on all night). And authorities are kicking people out of their homes to convert them into additional facilities. Residents have taken to the streets to protest — and videos on social media (which have since been taken down) show protestors being taken away by police in hazmat suits.

Depends who you ask. Today, officials confirmed three elderly people died due to COVID-19 — the city’s first deaths since this latest outbreak hit. A record number of nearly 20,000 cases were reported there over the weekend (though they're largely asymptomatic). And as China's financial hub, the strict rules in Shanghai have led to factory closures and delays at ports — causing a ripple effect and adding to ongoing supply chain issues. But officials are painting a more positive picture, and have reportedly set a goal to reach “zero-COVID at the community level" by Wednesday.

Like the rest of the world, people in China continue to deal with the brunt of COVID-19. But where things differ is that most of the suffering in China is now coming from the gov's efforts to curb its spread. Leaving many isolated, without basics like food or money.

Mariupol. On Sunday, Russia gave Ukrainian forces in the city an ultimatum: surrender or die. Instead, Ukrainian officials vowed "to fight to the end" as Russian troops encircle the port city. But the situation in Mariupol remains "dire." After 50 days of fighting, much of the city is in ruins. Up to 22,000 people have died. And the 100,000 who remain there are running out of water and food, fast. While several attempts to evacuate civilians have failed.

Where state officials are keeping busy…

Texas. On Friday, Gov. Greg Abbott (R) backtracked on a new truck inspection order following bipartisan backlash and protests. In an effort to “secure the border,” the order required extra inspections for commercial trucks entering TX from Mexico. But it caused major traffic jams — up to 30 hours long. And left $150 million in fruits and vegetables stalled at the border. Now, Abbott is scrapping his plan. And partnering with Mexican officials to create better ways to beef up border security.

Florida. Last week, the state’s Department of Education rejected over 50 math textbooks. The reason? They include "prohibited topics” like critical race theory (CRT). The Sunshine State banned CRT from being taught in classrooms last year, amid a conservative push to limit conversations about race and racism in schools. Now, Gov. Ron DeSantis (R) is praising the move, while critics argue it turns classrooms into “political battlefields.”

Who thinks Elon Musk is a tough 'pill' to swallow...

Twitter. On Friday, its board of directors adopted a “poison pill” plan. Which would help it avoid a hostile takeover by reducing a person's or group's control over the company. Cough, Elon Musk, cough. Remember: He bought a 9% stake in Twitter, making him the largest shareholder. And made a bid to buy the company for about $43 billion. But Twitter is saying 'not so fast.' Its new plan would allow shareholders to buy more shares at a discount if Musk bought more than 15% of the company. So don't be surprised if this fight goes 'til the Twitter, er, bitter end.