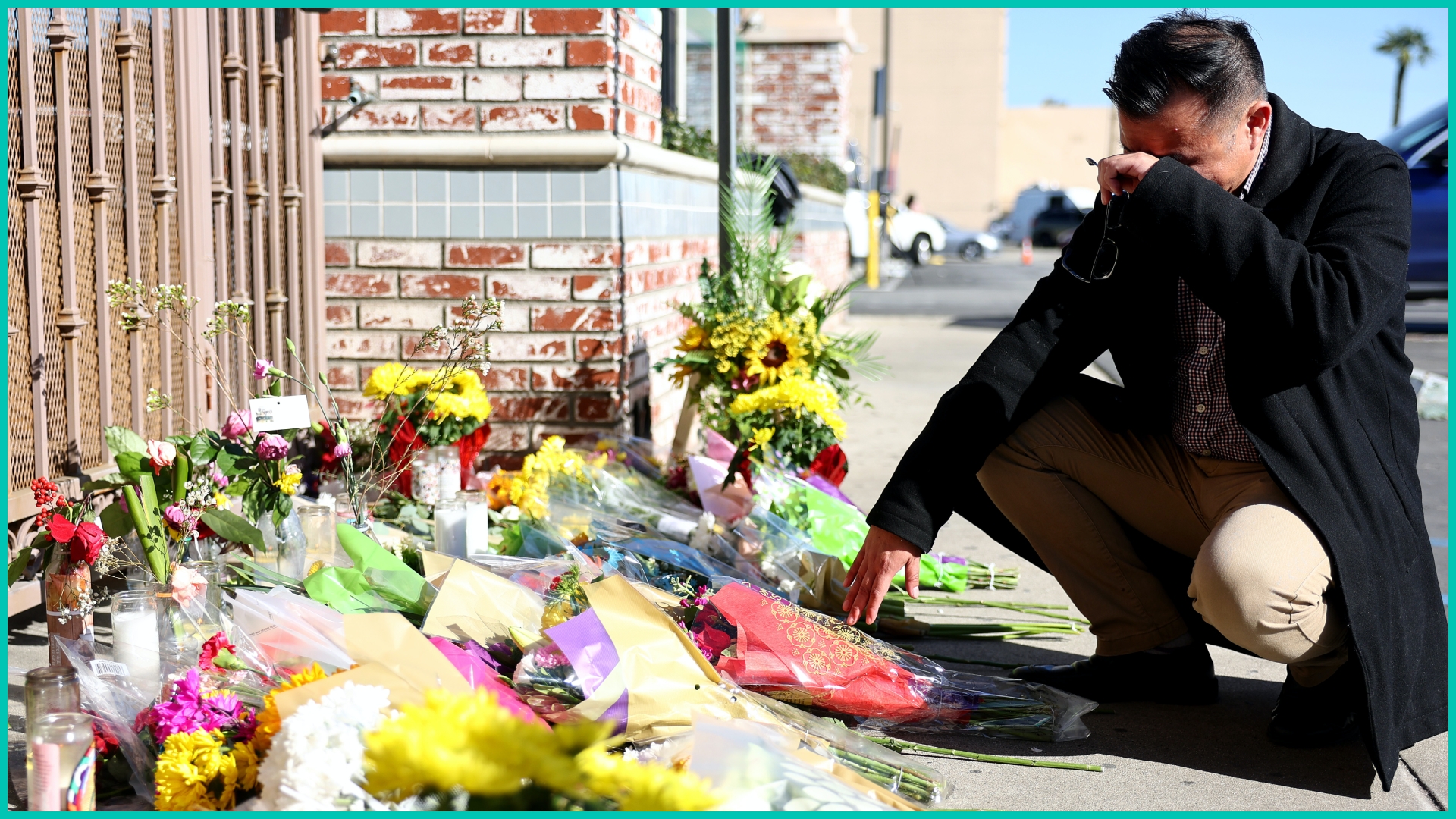 California is reeling after another deadly mass shooting.

What do you mean ‘another’?

Yesterday, a gunman went on a mass shooting rampage in Half Moon Bay, south of San Francisco. The attacks were spread across two locations. And left seven people, all believed to be Chinese farm workers, dead. Now, the suspect — identified as a 67-year-old Asian male — was taken into custody. He is believed to be a worker at one of the farms. The motive is still unknown. It comes just two days after another gunman shot and killed 11 people in Southern California.

Authorities are still investigating the motive behind the mass shooting in Monterey Park, CA — less than 10 miles from Los Angeles. That attack happened as Lunar New Year celebrations were underway — and left the largely Asian communities of Monterey Park and Alhambra shaken. Police say the suspect — a 72-year-old Asian male — died of a self-inflicted gunshot wound after an hours-long standoff with police. Gov. Gavin Newsom (D) said he was “meeting with victims of a mass shooting” when he got “pulled away to be briefed about another shooting.”

The mass shootings in Monterey Park and Half Moon Bay weren’t the only ones. In recent days, there were also attacks in Des Moines and Baton Rouge. And less than a month into the new year, the US has already witnessed dozens of mass shootings.

Memphis, TN. Yesterday, attorneys for the family of Tyre Nichols spoke publicly after reviewing police footage of the 29-year-old’s death. Earlier this month, police stopped Nichols for reckless driving. They then say Nichols tried to flee the scene and that they engaged with him in two “confrontations.” Ultimately, Nichols was sent to the hospital in critical condition — and died days later. Now, representatives for Nichols’ family have spoken out. They say Nichols was beaten like “a human piñata” for three minutes. They also say some of the officers approached him in unmarked cars. And that Nichols fled the scene because he was afraid, recorded calling out for his mother three times. They compared the incident to the 1991 beating of Rodney King.

Ukraine. Yesterday, Poland said it plans to ask Germany for permission to send German-made Leopard 2 tanks to Ukraine. Kyiv’s been asking for these tanks for months — saying they’re crucial for a victory. But countries need to get the go-ahead from Berlin if they want to export any German-made weapons. Germany’s been hesitant in the past to greenlight sending the tanks to Ukraine, worried it would lead to Russian escalation. A Russian official has previously warned that countries who send weapons to Ukraine bear responsibility for continuing the conflict. But this weekend, Germany’s foreign minister said the government “would not stand in the way.” Now, Poland’s going to put in a formal request to send 14 tanks. But warned that if Germany says no, it will build a coalition with other nations who’ve got the tanks to send them anyway.

What’s not music to some people’s ears…

Layoffs. Yesterday, Spotify announced it’s cutting about 6% of its staff, about 600 employees. The audio streaming giant cited the same reasons a lot of other tech companies have given: fears of a looming recession.

Who’s on the other side of the courts…

Who swapped an ‘M’ for Maya Rudolph…