'We Are Allowed to Be In Control of Our Own Narratives': Angelica Ross on Being a Black Trans Woman in Hollywood 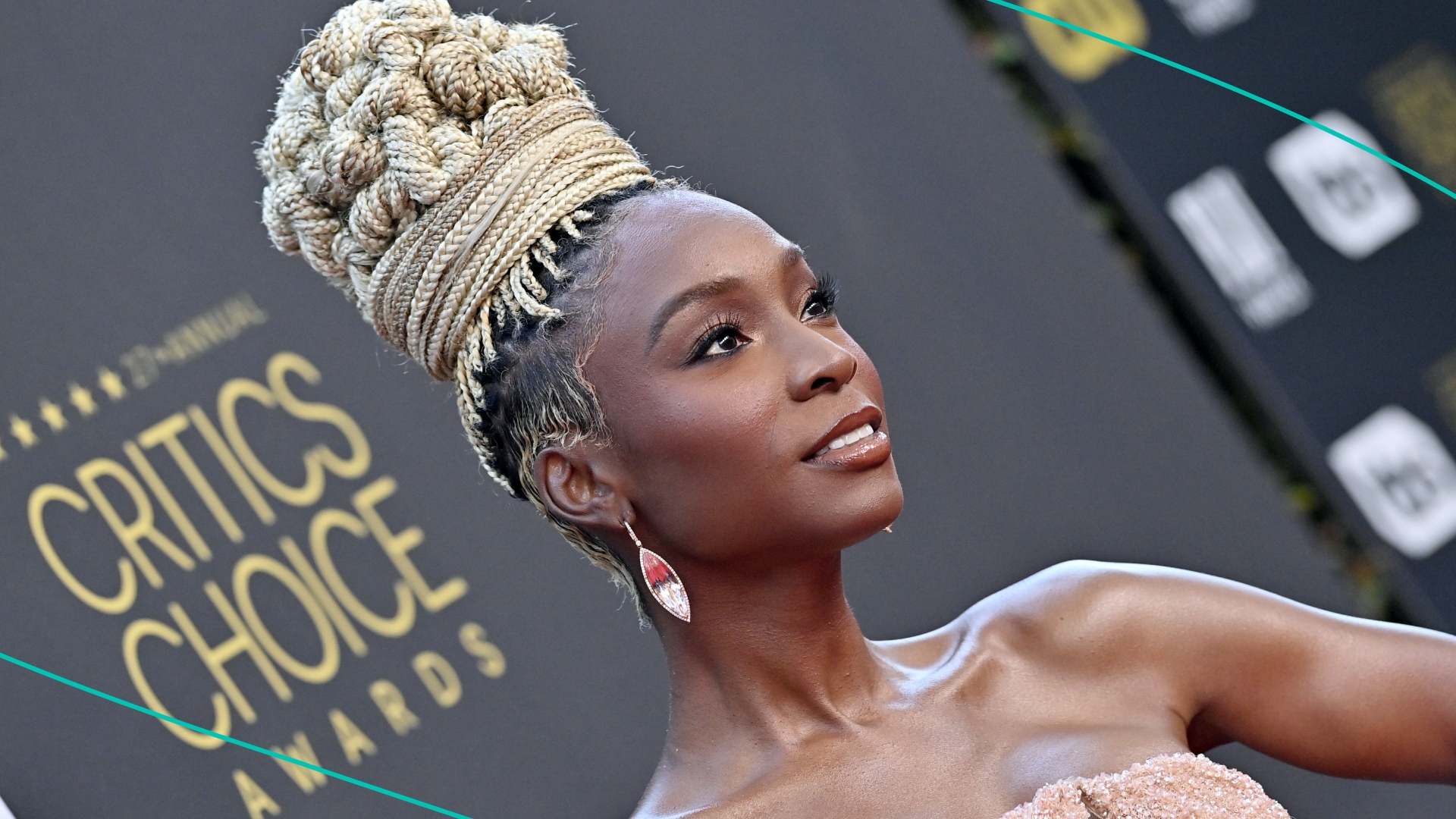 ICYMI, it's Pride Month. And while it's important to support and share stories of the LGBTQ+ community all year long, our "Pop Cultured" podcast team is taking some time this month to recognize representation on the big and small screen.

Enter: Angelica Ross. You might know her from "Pose" where she plays Candy — the iconic, tough, and scrappy ballroom performer. Or from "American Horror Story" — where she plays a psychologist, and later a chemist. In these shows, Ross has made history as the first trans woman to get two series regular roles.

But Ross is isn’t just an actress: She’s also a singer, musician, CEO, and self-taught computer programmer. Talk about a stacked resume. On “Pop Cultured,” our team asked her about her time working on TV shows, and what it’s like being Black and trans in a white and cisgender-dominated industry. Scroll down for a snippet of the conversation. And listen below for the full interview.

“I've been acting for a really long time…I got 11-plus years of musical theater. [I’ve done] a diet soup commercial, independent films…fashion shows, jewelry catalogs. I did it all.

“I got a call from [an] agency and they were like ‘Hey, we got a call looking for you to audition for this thing.’...I originally said no and turned the project down…And my manager and my team was like ‘no, you’re going to audition.’

“And once they saw my tape, I got a call back. They flew me to New York and I auditioned in front of Ryan Murphy [and] the studio executives that were all there…But after I met with Ryan Murphy and I left, he said, ‘Angelica, I just need you to know that I think that you're a really talented actress and I do hope to get to work with you in the future.’ As I left, I just thought that he was giving me a soft kick in my ass, and just saying, ‘that was sweet, but thank you and goodbye’ — but in a nice way.

“But turns out he was real and he wrote the role of Candy for me after meeting me. And even after seeing me work on set, my role expanded — I wasn't initially that much in the script, but then Ryan Murphy would interrupt scenes…I was allowed to improv. So a lot of the scenes that you see, I'm improving.”

How did you bring Candy’s story to life, without making the trans experience that we see on TV or in movies just about pain?

“Right now there is a huge misunderstanding about the trans community that we can't take a joke…[But] a lot of us girls…would sit around in circles and be in stitches, and crying tears laughing so hard at ourselves, at each other, at reading, at all the different things. Because what else can you do but have a sense of humor when life is that challenging?

“What I thought that Pose did so beautifully was it brought the funny, it brought the fun, and the beauty, and the glamor, and also brought our pain. So what you see there is what happens when we are allowed to be in control of our own narratives. We won't shy away from telling you the truth. If you give us a space that is safe for us to talk about and share our truth, we'll tell you all that, tell you and give you the drama and all of it. But we'll also share the joy that you don't know that is radical for us to even claim in this space.”

Your character in "Pose" is very different than who you play in "American Horror Story.” How did you make the transition between these different roles?

“One of the biggest shifts…was that I had to remove the sass. I did not want to be seen as a sassy Black character [like Candy], around all of these other white characters…So both of my characters in ‘American Horror Story’ were led by academic inclination. There was something that they were trying to solve. I loved being able to actually have the space over several episodes to actually be a focus of the storyline.”

You’ve worked with TV show creator Ryan Murphy on two shows — what has that been like?

“I created a relationship with Ryan Murphy where he trusts me because I don't tiptoe around him like other people do…When it comes to like racism, white supremacy, when it comes to cis heteronormativity or blind spots that cis white gays could even have — we talk very transparent[ly] and I think he loves and respects me for that.”

You’re also a self-taught computer programmer. And you have a tech company called TransTech Social Enterprises. Can you tell us more about that?

“It's an online and offline community made up of LGBTQIA+ folks, but with a focus on Black and Brown queer and trans folks. Folks who are the most marginalized in our community, folks who tend to have trouble accessing resources, educational resources, job resources, things like that.

“I created a space because I come from grassroots organizing…I've been to so many retreats and things over the years to learn how to advocate for my rights, how to understand systemic racism…As we learn how to create new pathways and dismantle oppressive structures, we still have to learn how to thrive in the environment we find ourselves in.

“TransTech is about meeting people exactly where they are. If you have no college education, if you barely have a GED, what are you passionate about? Because whatever it is that you're passionate about, technology can be that catalyst to make you an asset in the industry.

“And it doesn't even matter what you look like or sound like…TransTech is a place that both acknowledges all the challenges that we face as a community and individually, but it encourages people to go beyond their own struggles and suffering to overcome their situations and become a mentor and an example for someone else.”

What do you think it means for a young LGBTQ+ person to grow up in a world where a Black trans actress is famous and has a platform?

“It's a whole new world. I watched ‘Pose’ as a spectator. Sometimes I'm having an autobody experience and I'm not just Candy on the screen. I'm watching it for the little kid in me that wishes that this show was around when I was coming up.

“I'm glad that this generation has that, because that means that if they can see it, they can be it. They can also dream and come right behind us and walk through that door that we're opening.”

PS: To hear more from Angelica Ross, check out our “Pop Cultured” episode.