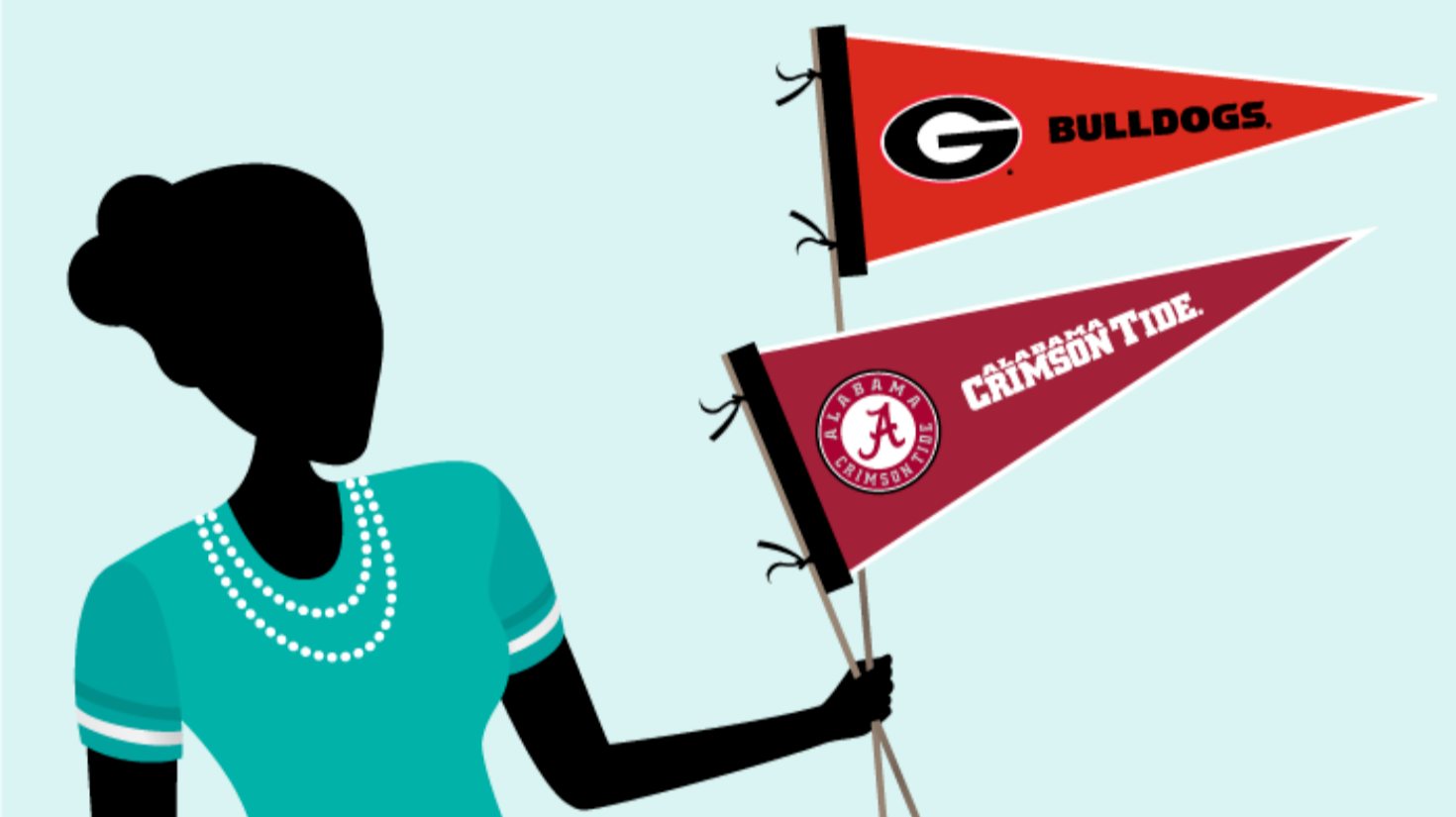 Because it's the grand finale of the college football season. Teams have been sacking and punting their way to this point for months. Now, the two best teams in the country – Alabama and Georgia – are going to play for the top spot.

How does this work?

A committee has been releasing weekly rankings for the top 25 teams in college football since the end of October. The teams are ranked based on things like whether they won their conference championship and how difficult their schedule was during the season. Last month, four teams were chosen to make a date for New Year’s Day – aka when the playoff semifinal games took place. The winners of the semifinals are now heading to Atlanta, GA for the national championship. Just peachy.

'Bama's won more championships than any other team since the playoff polls started. And this year, they were ranked #1 for most of the season. Until they lost to Auburn over Thanksgiving weekend. Stuffed. In the playoff semifinal, they beat Clemson, which was a rematch of last year's championship (Clemson won last year). Revenge is a dish best served on the field. It helps that 'Bama has the #1 defense in the SEC. Now, they're up against another SEC team for a chance to win it all.

Georgia’s never made the playoff in the current format. Their playoff semifinal game against Oklahoma was thiiis close. It was the first Rose Bowl game to go into overtime. Then double overtime. Georgia's been near the top of the pack for most of the season – so this could be the year they go all the way. But even though the Bulldogs have a great record, they’re still the underdogs. Alabama's favored to win the championship.

Ok. When do I watch?

While breaking your New Year's Resolutions (hi, buffalo wings). The game kicks off at 8pm ET on Monday Jan. 8 on ESPN. In the meantime, learn more about the playoff here.

The CFP is the Super Bowl of college football. TBD on who will bring home the championship and all the bragging rights.