Haiti and Earthquakes: Why They’re Common and How to Help 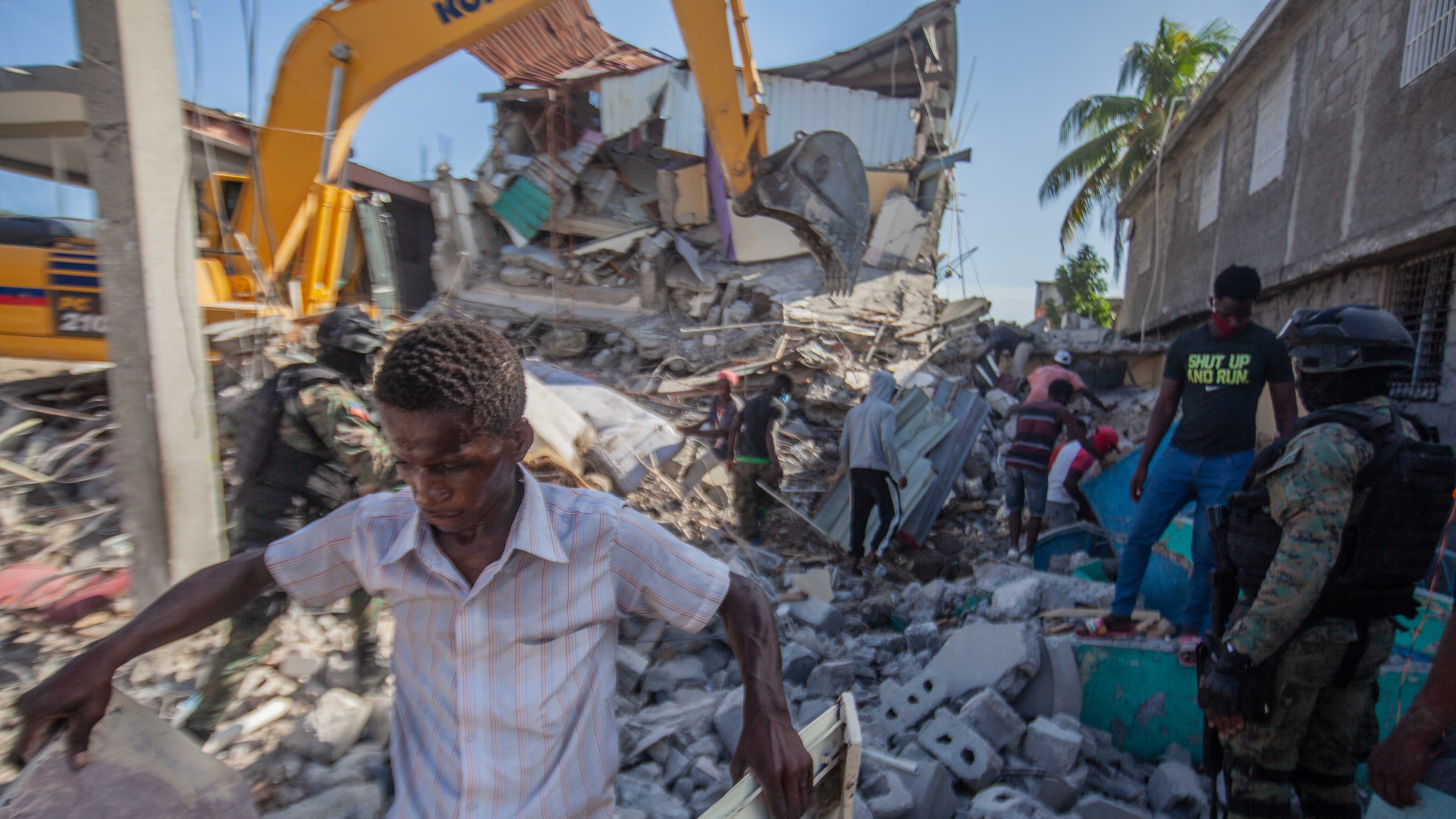 On Aug. 14, a 7.2 magnitude earthquake struck Haiti, leaving at least 1,941 people dead and more than 9,900 injured. More than 60,000 homes have been destroyed. Rescuers have been looking for survivors in the rubble, so the death toll could increase. Hospitals have been overwhelmed treating patients, and some have been evacuated to the nation’s capital Port-au-Prince for urgent care. Haiti officials are asking for international help as they fear a mounting death toll, and are worried the displacement of thousands could lead to an uptick in COVID-19 cases.

On top of all of this, the Caribbean island nation is still recovering from two natural disasters.

But the latest disaster has many wondering why earthquakes happen frequently in Haiti and why they’re so destructive.

Here’s what you need to know about earthquakes in Haiti...

Let’s take it back to Earth Science 101: Tectonic plates are big pieces of the Earth’s crust that move in relation to each other. A fault is the gap between the tectonic plates and allows them to move. When the plates shift, they can cause an earthquake.

Hispaniola – the island that Haiti shares with the Dominican Republic – sits on multiple fault lines between two major tectonic plates (the North American plate and the Caribbean plate). The US Geological Survey believes that both the 2010 and 2021 earthquakes happened on the Enriquillo-Plantain Garden fault zone, which is located in the southern part of Haiti. The latest one happened about 60 miles west of the 2010 quake. And was about twice as powerful.

But there are other factors that lead to catastrophic results. One is that Haiti has a dense population of 11 million people. And population density was a big issue for the 2010 earthquake that hit the capital Port-au-Prince. Another problem is that buildings there are typically fragile. Haiti is also susceptible to hurricanes, and buildings are typically built to sustain those storms. And those structures (think: buildings made of concrete or cinder block) can withstand high-powered winds, but they can become damaged or collapse during an earthquake, according to the Associated Press.

One of the best ways people can help those in Haiti is to donate to relief organizations. Though Haitian authorities are asking that any aid is cleared through them first. It comes after criticisms that donations (read: $500 million) for the 2010 quake recovery efforts were misspent.

We compiled a brief list of places you could donate money to help with the relief efforts. And there’s more info on how you can help here.

Haiti is no stranger to powerful earthquakes and the destruction that comes with them. But it’s the poorest country in the Western Hemisphere, and was still in the process of recovering from the deadly 2010 earthquake when this latest one struck. It’s unclear what the future holds for Haiti, but for now it’s calling on others to help it get through this catastrophe.

Updated on August 18 – Updated to include the latest on the death toll, injuries, and damage from the earthquake.