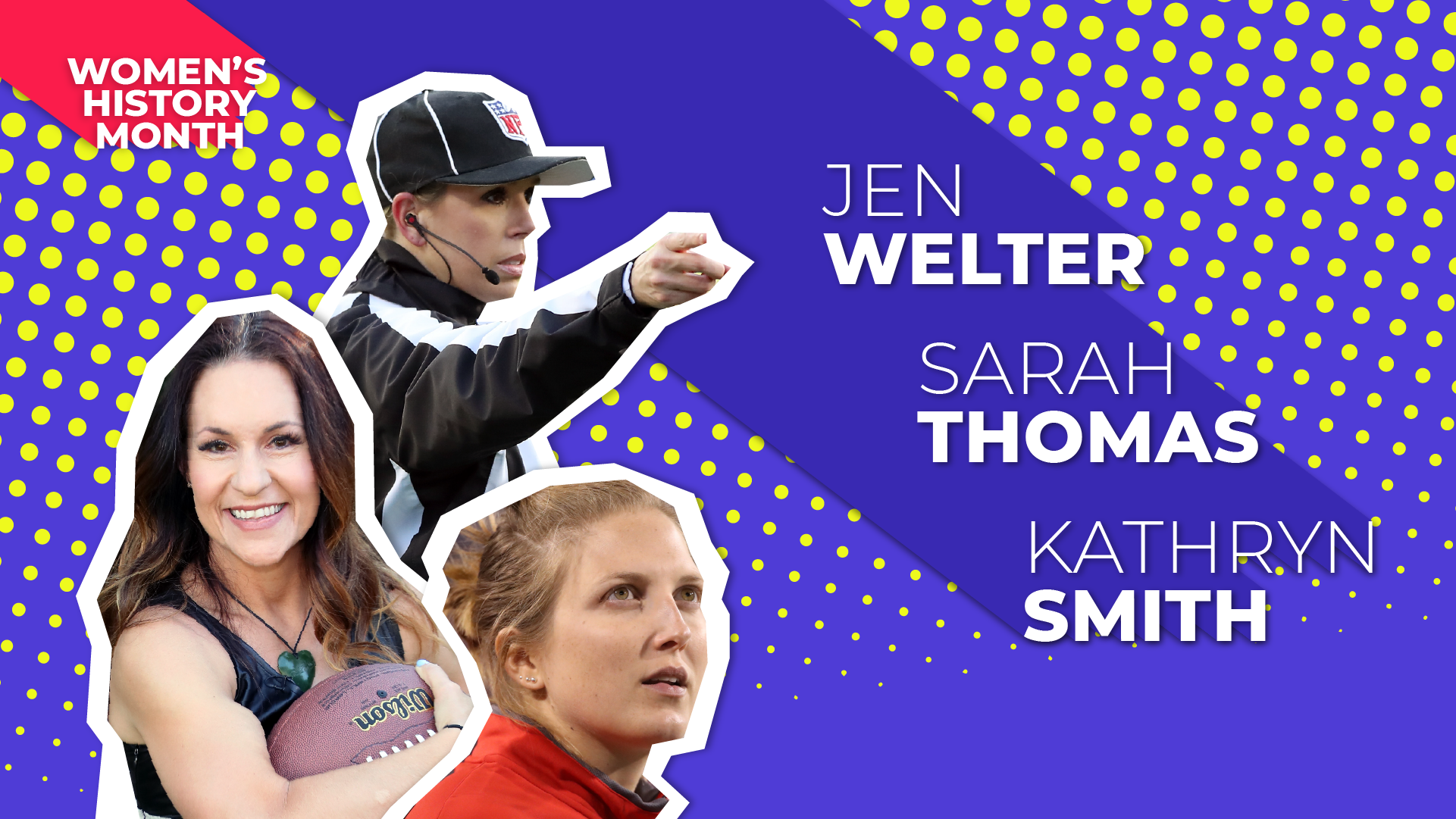 What: First NFL coaches and referee

Why: Meet the women on the literal sidelines, but on the frontlines of progress. In 2015, Welter became the first woman to hold an NFL coaching position when she worked for the Arizona Cardinals as an assistant coach. Then in 2016, Smith became the first full-time female coach in the league, while working for the Buffalo Bills. And then there's the ref in the room: Thomas was the NFL's first full-time female official. This year, she became the first woman to officiate an NFL playoff game on the field. Hut, hut, hero.