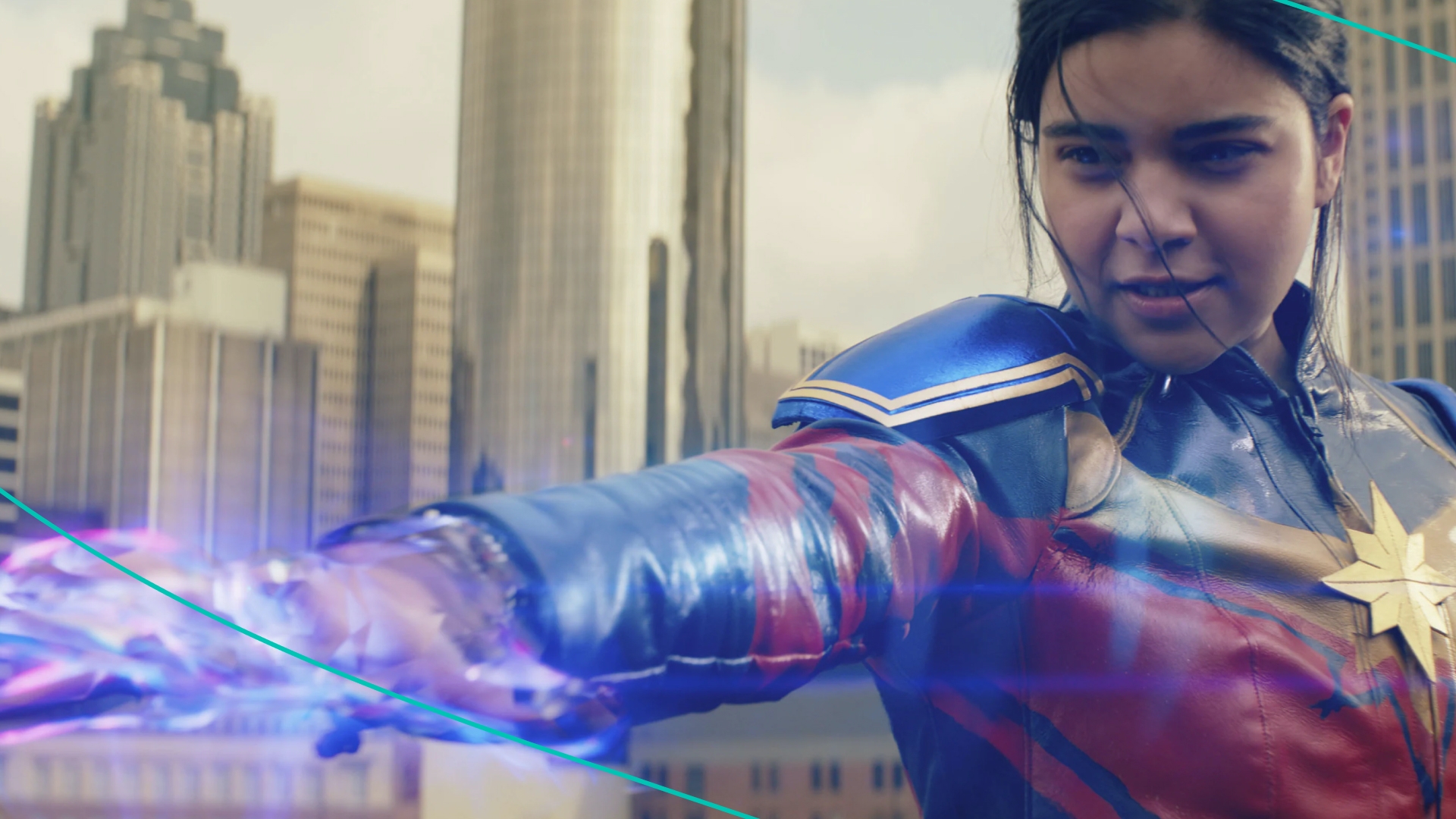 Marvel Studios always planned to stay true to the comic book character's cultural roots. Even if that meant casting a newcomer who was unknown to the public. And after a lengthy search, they found her. Enter: Iman Vellani. The 19-year-old Pakistani-Canadian actress hails from Ontario. And while she's a fresh face on screen, she's wanted this role for a long time.

In an interview with the New York Times, Vellani said she had dreamed of being in the Marvel Cinematic Universe since she was a kid. She even dressed up as Ms. Marvel for Halloween one year. While she joined theater in middle school, she wasn’t big on the idea of being a professional actor.

That is, until she learned that “Ms. Marvel” was looking for their star. Which she found out through her family. “My aunt opened a group chat that she never opens and someone had forwarded this casting call through WhatsApp that she sent to me,” Vellani told the Times. Before she knew it, she was going through the casting process and, surprise, wound up getting the role.

What to expect from the “Ms. Marvel” series

The show focuses on Khan’s origin story. Specifically, how the 16-year-old Pakistani-American from New Jersey deals with everyday struggles of teenage life. Like learning how to drive, crushing on classmates, and arguing with her strict parents.

Khan also loves Captain Marvel and the Avengers. And spends hours doodling cartoons. Which has her parents worried about her balancing school with family and cultural traditions. That all takes a turn once she gets her powers through a bracelet passed down through her family.

In the comics, Ms. Marvel is a polymorph (aka a shapeshifter). But her powers vary a bit in the TV show. Like throwing punches with an enlarged fist. And using cosmic, blue energy to walk through the air.

An added layer to the show: Representation. This show flips the script on the typical superhero (a white man). Vellani has already received an outpouring of support for repping the Muslim community. She also told the Times: "For a person of color…who are the people that you’re worshiping and want to be like? They look nothing like you." Using the blonde, blue-eyed Captain Marvel as an example.

“Ms. Marvel” joins the ranks of “Encanto,” “Batgirl,” and “Turning Red” — films changing the narrative and opening up the spectrum of representation. And while the show doesn’t solve Hollywood’s longstanding diversity issues, it does mark another step toward progress made. And after much anticipation, it’s finally here…

How you can watch (read: Marvel at) the new show

“Ms. Marvel” hits Disney+ on June 8 (after a lengthy pandemic delay). It’s only six episodes long and is being billed as a miniseries. But it’s not the only place you’ll be able to watch Khan: Rumor has it, Vellani’s character will make an appearance in the 2023 movie, “The Marvels.”

Audiences are ready for the first teen Muslim superhero. And while the TV and film industries are making progress in diversity and inclusion, it’s important to recognize that these movements are still the exception, not the rule. Which means, we have a long way to go.

Updated on June 7 with show details ahead of the release.