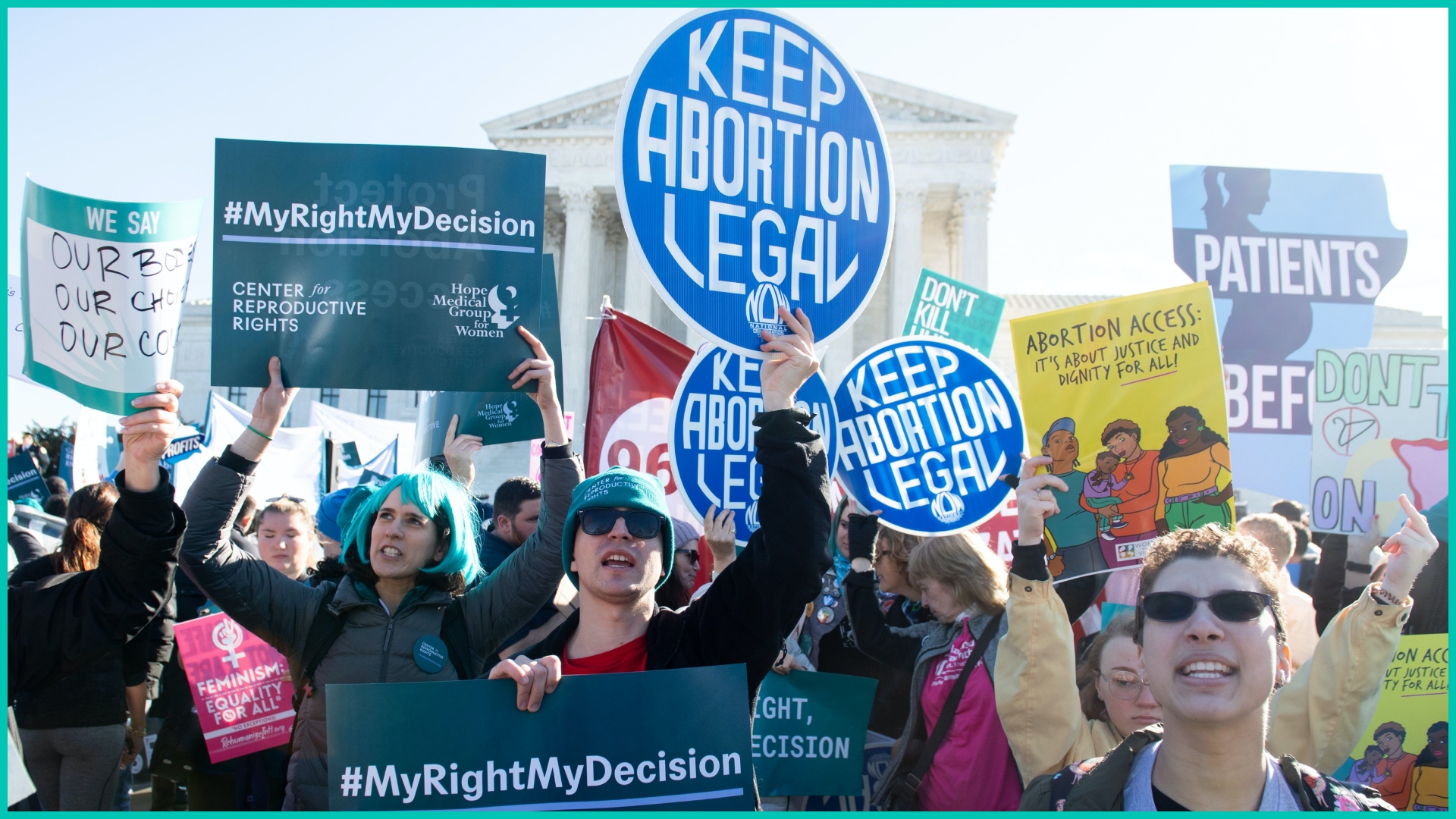 Editor's Notes: This article was updated on June 24 to reflect the Supreme Court’s decision to reverse Roe v. Wade. Also, this article mentions rape, which may be triggering to some readers.

Before the Supreme Court overturned Roe v. Wade, the right to an abortion in the US was guaranteed. Now, abortion access hangs in the balance as states decide how they want to tackle the issue. Some states have been eager to restrict access — even before the Supremes’ decision in June. One critical example: Oklahoma.

On May 25, Gov. Kevin Stitt (R) signed the country's strictest abortion bill into law. Which essentially outlaws abortion at the moment of fertilization. And allows people to sue abortion providers. And with Roe v. Wade’s reversal, the state’s trigger law will soon go into effect — banning all abortions (except when a pregnant woman’s life is in danger). The law puts both patients and abortion providers in difficult positions emotionally, physically, and financially.

Our “Skimm This” team spoke with Andrea Gallegos, the executive administrator of Tulsa Women's Clinic in Tulsa, OK, and Alamo Women's Reproductive Services in San Antonio, TX. She explained what it’s like to provide abortion care in states where access is severely outlawed. Listen to the convo below. And keep scrolling for more.

Editor’s Note: This interview was conducted before Gov. Stitt outlawed abortions after fertilization on May 25.

On May 3 — before the near-total abortion ban was signed into law in late May — Gov. Stitt signed another restrictive abortion ban into law. Aka SB1503 — which bans abortions after six weeks of pregnancy. No exceptions for rape or incest. For context, many women don't know they're pregnant by that point. (We've got more details on Oklahoma's abortion laws here.)

For abortion providers like Gallegos, that meant calling her patients right away.

“We needed to cancel the appointments for the following day. The first call I made was [to] a patient traveling from Texas. [Where abortions are banned after six weeks.] Her and her spouse were in the car halfway to Oklahoma, they had taken off work. They had rented a car. They had a hotel. All of these things necessary to travel out of state for a medical procedure,” Gallegos explained.

“They were just in complete disbelief. They begged, ‘Please, please. We're almost there. Please, let us be seen. We've got to do this. We have no other option. We can't do this in Texas.’"

That wasn’t the only difficult phone call Gallegos had to make. Another patient missed Gallegos’ initial call. And only found out the news when she called the center to let them know she was running late for her appointment.

“There was kind of a long silence before she responded. And then, she let me know that she was seeking this abortion because she had been raped. And unfortunately 1503 made absolutely no exceptions for rape survivors. I had to explain to her that given her circumstances, I still could not help her. And it was pretty awful.”

What abortion clinics in Oklahoma are facing right now

A day in the life of an abortion care provider doesn't fit neatly into one job description. “It's not just taking care of the patient’s physical [and] medical need and providing the abortion,” Gallegos said. “It's counseling them. It's holding their hand. It's a shoulder to cry on if that's what needs to happen. It's crying with them sometimes. It's being very knowledgeable about the current laws. So then we can educate patients about the laws.”

And lately, it's a job that's been made more challenging. States like Oklahoma, Texas, and Idaho have served as a blueprint for what a post-Roe America could look like. When laws could change at any moment, providers are scrambling to keep up. And in these confusing times, they’ve been on the frontlines navigating the uncertainty.

Before the six-week abortion ban passed in early May, Gallegos and her team had a major decision to make:

“We decided that we were going to see patients to the very end. So that meant scheduling, keeping a schedule, even though at any given moment we may have to call the patients on our schedule and say ‘So sorry, we now can no longer see you.’ And knowing that was going to be incredibly difficult. There were other clinics in the state that decided to stop seeing patients to prevent that, which I understand that choice too.”

Gallegos said at the end of every day and week, she and her team were grateful they made the decision to see patients. She said it made it easier to continue each day, because they knew they were able to help women.

Then came the near-total ban in late May…but Gallegos explained that she and her team have been preparing for this as well.

“We're providing as many resources as we can. There are some fabulous organizations that are fully covering the cost of the actual abortion [and] of travel costs for patients who are needing to go out of state. No patient leaves either clinic without all of the information that we can possibly provide: names of other clinics, names of organizations, phone numbers,” she said.

“We want to make it as simple as possible. And just lots of reassurance that we understand when they're angry, and that we're there with them in every way that we can be.”

Besides arming their patients with information about pending new laws, and how to access and pay for an out-of-state abortion, the Tulsa Women's Clinic also joined the Center for Reproductive Rights in its legal fight for abortion access by suing the state of Oklahoma.

“Abortion is health care. We have to be advocates in what we do as well. And so I think you kind of feel, at least I personally have felt, this empowering need to fight back.”

Oklahoma is following through on its goal to become "the most pro-life state." And more than half of US states are poised to enact strict abortion bans now that Roe is overturned. And now abortion providers are faced with difficult decisions, as some states enact severe penalties for performing the procedure — including hefty fines and jail time.

PS: For more from Gallegos, check out our “Skimm This” episode.