OPEC: What it is and why you should care 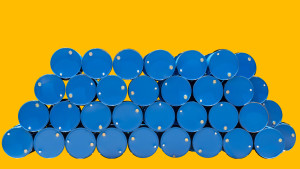 You've been hearing a lot about oil and gas lately...and about a squad called OPEC.

Stands for the Organization of the Petroleum Exporting Countries. It’s a group of 14 countries that together produce almost half of the world’s crude oil. Think: Mideast countries (like Iran, Saudi Arabia, and Iraq), African nations, and some spicy South Americans mixed in (Venezuela, Ecuador).

OPEC’s official mission is to keep oil prices stable by coordinating on policies and how much oil they produce at one time. But ever since OPEC formed in the 1960s, it has manipulated production to try to keep its own profits high, and sometimes for political reasons. Which has at times caused major headaches for the US and friends.

Why does this matter to me?

You might have noticed gas prices have dropped it like it’s hot in recent years. That’s because there is much more oil supply these days than demand, thanks in big part to fracking. Hint: the controversial way the US produces oil and gas at home (there’s a guide for that). In 2016, OPEC discussed the problem at its regular team sleepover, and whether or not they should cut oil production to push up prices again. They decided ‘nah.’ But earlier this year, they changed their mind. And prices are inching back up again.

OPEC is not a fan of how much gas the US has been passing. In recent years, A LOT of new energy companies have popped up in the US to take advantage of the fracking boom. OPEC kept prices low in the hopes that those companies would decide the juice isn’t worth the squeeze, and fold up shop. Several companies didn't make it, but overall North American oil and gas found a way to make things work. Either way, the last few years have been a stand off between Old School Oil (OPEC) and the New Kids on the Block (the US).

Some of the member countries like Venezuela and Algeria were not on board with OPEC's decision to let oil prices stay low for so long. That's because they need higher oil prices to balance their budgets and fund their government programs. Low oil prices are a big part of why Venezuela's economy has tanked. Plus the Venezuelan president is capitalizing on the chaos and trying to consolidate power. Which is why you've been hearing a lot about the country's political chaos lately.

OPEC decides more than how much you pay at the pump. Its decisions affect entire economies and the global oil industry, all of which are watching the group's moves closely.