Order in The Court: How State Supreme Courts Work. And Why They Especially Matter For the Midterms. 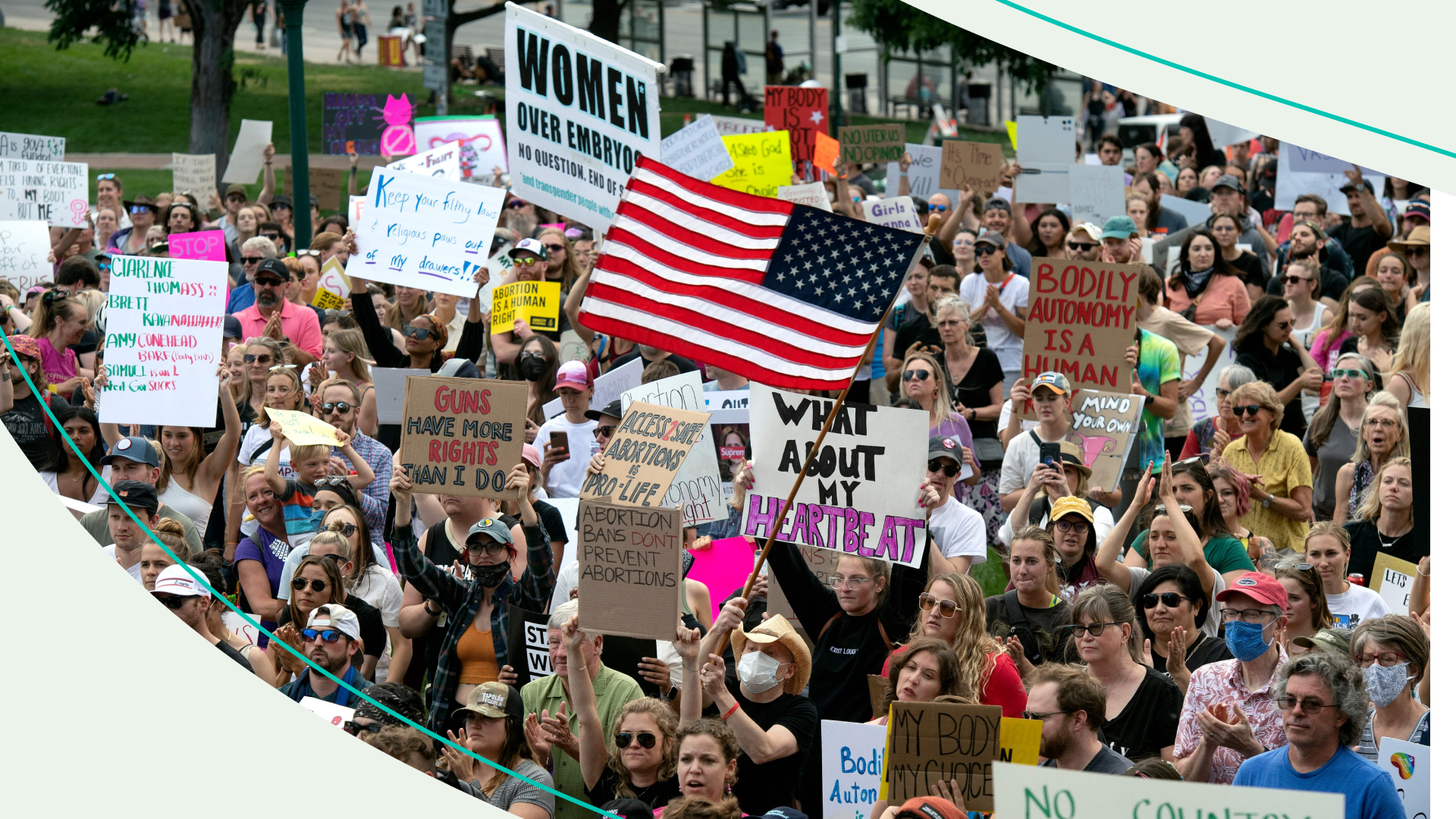 Roe v. Wade is no more. Which means now, abortion regulations are up to the states. A move that's already led to dozens of legal challenges against trigger laws and other abortion restrictions. And the judges making the calls in those cases are still Supreme, but only in your state. Enter: state Supreme Courts.

These courts have pretty much flown under the radar — especially as the federal Supreme Court has taken the lead on issues like abortion. But that's all changing. Leaving many Americans to wonder: What issues could state Supreme Courts impact? And how do these justices even get on the bench? (Hint: In most states, it involves you and your ballot.)

How the state courts work

Every state court system has their own way of doing business. And like all things, it involves a variety of steps. Issues at the state level typically begin by going to....

Taking big issues to the top

Since the US Supreme Court overturned of Roe v. Wade in June, state Supreme Courts became the new battleground for abortion rights.

“As [state] laws get changed to respond to what's just happened federally — either in the instance of further restricting abortion access, or increasing access to abortion health care — you will see cases in state Supreme Courts challenging them,” Danielle Hirsch, interim court services director at the National Center for State Courts, said. “Especially in jurisdictions where there have been abortion bans, you're going to see a lot of litigation. You're already starting to see it.”

Some examples: Florida, where judges are deciding whether a 15-week abortion ban violates the state constitution’s privacy provision. And Michigan, where the governor is urging the state Supreme Court to determine if a 91-year-old law banning abortions is constitutional. The list goes on.

But abortion is just one example of the power state Supreme Courts have. They often have major say in election redistricting, which defines state legislative and congressional districts. Or other controversial issues like school funding and gun control — the latter being especially relevant amid this year’s wave of mass shootings.

“Ultimately their rulings affect the quality of school, access to health care, administration of justice, and the safety of our neighborhoods,” Hirsch said. “They handle 95% of all the litigation that happens in the US. Yet traditionally, not that many people focus on court elections.”

But they should, since many voters can decide who sits on the bench.

Between five and nine justices sit on your state Supreme Court. (And they are most often white men). The way justices are selected varies by state. But the majority are voted on by the public through elections. And that’s a pretty big deal, considering voters don’t get a say in who sits on the US Supreme Court’s bench.

If you're curious about whether you're voting for a state Supreme Court justice on this year's ballot, we got you covered here. Plus, here's what experts recommend...

“Local public officials have more power over our day-to-day lives than any other elected official,” George said. “And a few votes can actually decide the outcome.”

State Supreme Courts often have the final word on topics that impact your daily life. From education, to gun control, to reproductive rights. But the public also has a unique say in who puts on the robes. As long as voters do their research and show up to the polls.