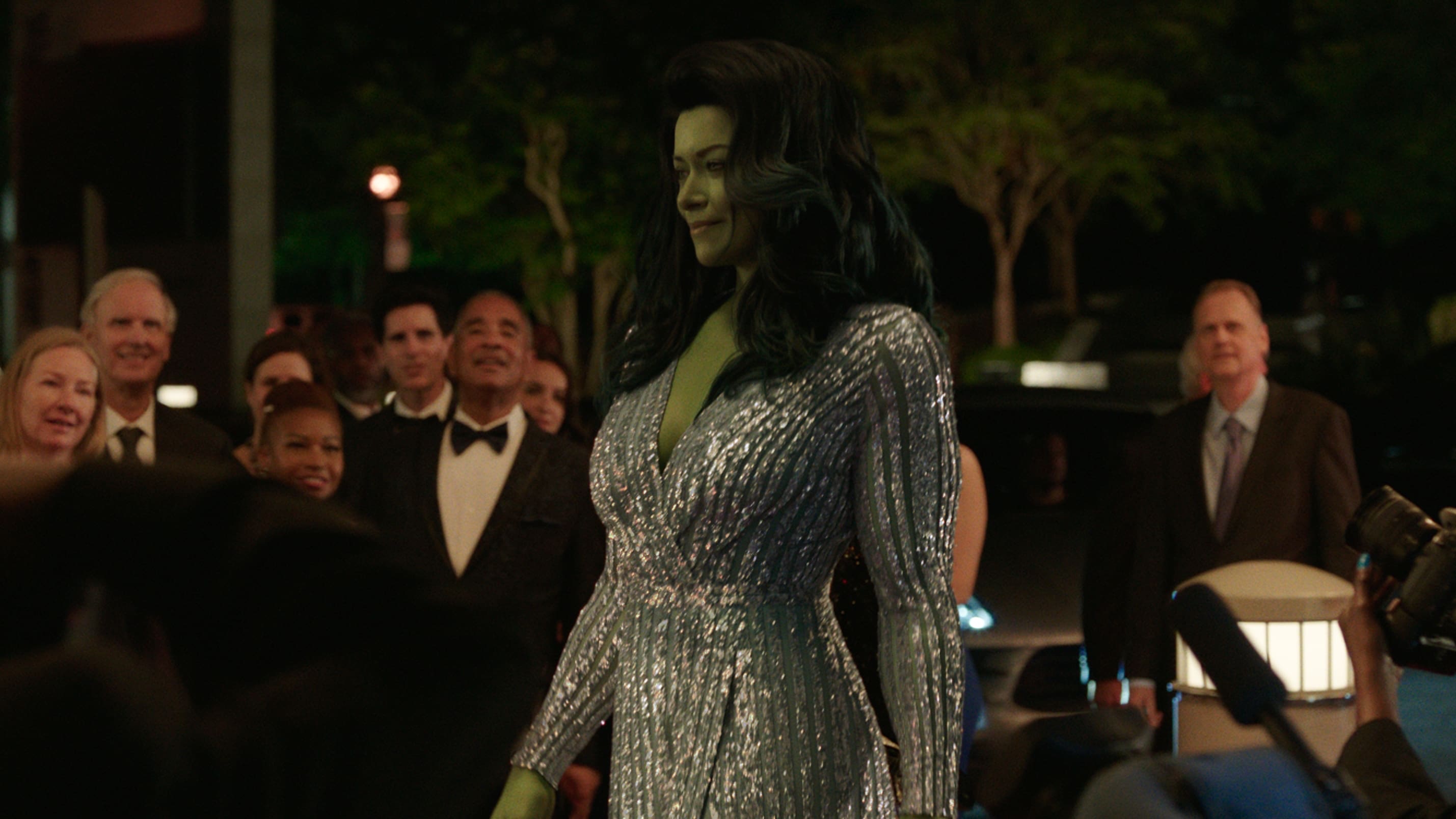 The superhero world has always been a bit of a boy’s club. From Iron Man and Captain America, to Spider-Man, and the Hulk. But in recent years, Marvel’s been giving us a few impressive women to look up to (hi Black Widow and Ms. Marvel). And starting Aug. 18, we’ll get to meet a new one: She-Hulk.

On Aug. 18, Marvel’s giving us a nine-episode miniseries “She-Hulk: Attorney at Law” on Disney+. The MCU will be introduced to Jennifer Walters (aka the She-Hulk played by Tatiana Maslany) as she navigates the early part of her law career. The show doesn't take place during a time when the universe is being threatened. So, instead of seeing Walters become a hero that saves the world, we see her navigate everyday life. One where she is the extremely recognizable She-Hulk. And one where all she wants to do is pursue her passion — work. Spoiler: the She-Hulk doesn’t actually want much to do with being a superhero.

Who is the She-Hulk?

Walters is your average woman in her 30s who’s an attorney and trying to date. Except for the fact that she’s been exposed to the Hulk’s blood (aka her cousin Bruce Banner, played by Mark Ruffalo) and transforms into the green and powerful 6-foot-7-inch She-Hulk.

Walters's newfound and unwanted powers launch her into superhero stardom overnight. But here’s the catch: she’s just trying to make it to the courtroom. And she does, since becoming the She-Hulk lands her a new gig to lead a new legal division that specifically deals with superheroes and villains. So expect to see familiar faces like Daredevil and Abomination.

And speaking of familiar faces, Jameela Jamil stars at the She-Hulk’s nemesis: Titania. A social-media-obsessed archnemesis fit for the modern day.

So not everything is super in the superhero world?

The show’s writer and creator Jessica Gao told USA Today that Walters’ journey is very different from the original Hulk. While Banner (aka He-Hulk) tries to strike a balance and control his green alter ego, Gao says Walters’ struggles are “much more internalized.” The She-Hulk sees how people treat her when she’s herself versus in her green superhero form.

But there are a few more differences than just that — namely how men and women are expected to process their emotions. Gao explained to the Hollywood Reporter “there’s a double standard in what we allow in terms of anger from women and from men.”

Given the fact that anger is what sets off the Hulk’s transformation. Director and EP Kat Coiro noted that there’s “something of wish fulfillment in the She-Hulk” given how many women have to worry about walking down a dark alley or being polite to “some jerk” because they’re afraid their life is in danger.

Anu Valia, who directed three of the episodes, said this series “definitely has a female gaze to it.” From the cast to the writing to the directing. Gao calls it a “wonderful woven tapestry of femaleness” that the MCU has been lacking.

But the star, Maslany, is also using this show as an opportunity to take back the female superhero narrative. Saying the term “strong female lead” is “reductive” — calling the phrase “frustrating” as if women are “supposed to be grateful.” (Wink wink, Netflix.) She hopes we get to a point where a woman playing a superhero isn’t groundbreaking news but the norm.

Women have always been superheroes. But it’s about time the spotlight shines on them. And with projects like “She-Hulk,” they get to bring a nuanced dimension to the superhero world that we don’t always see.