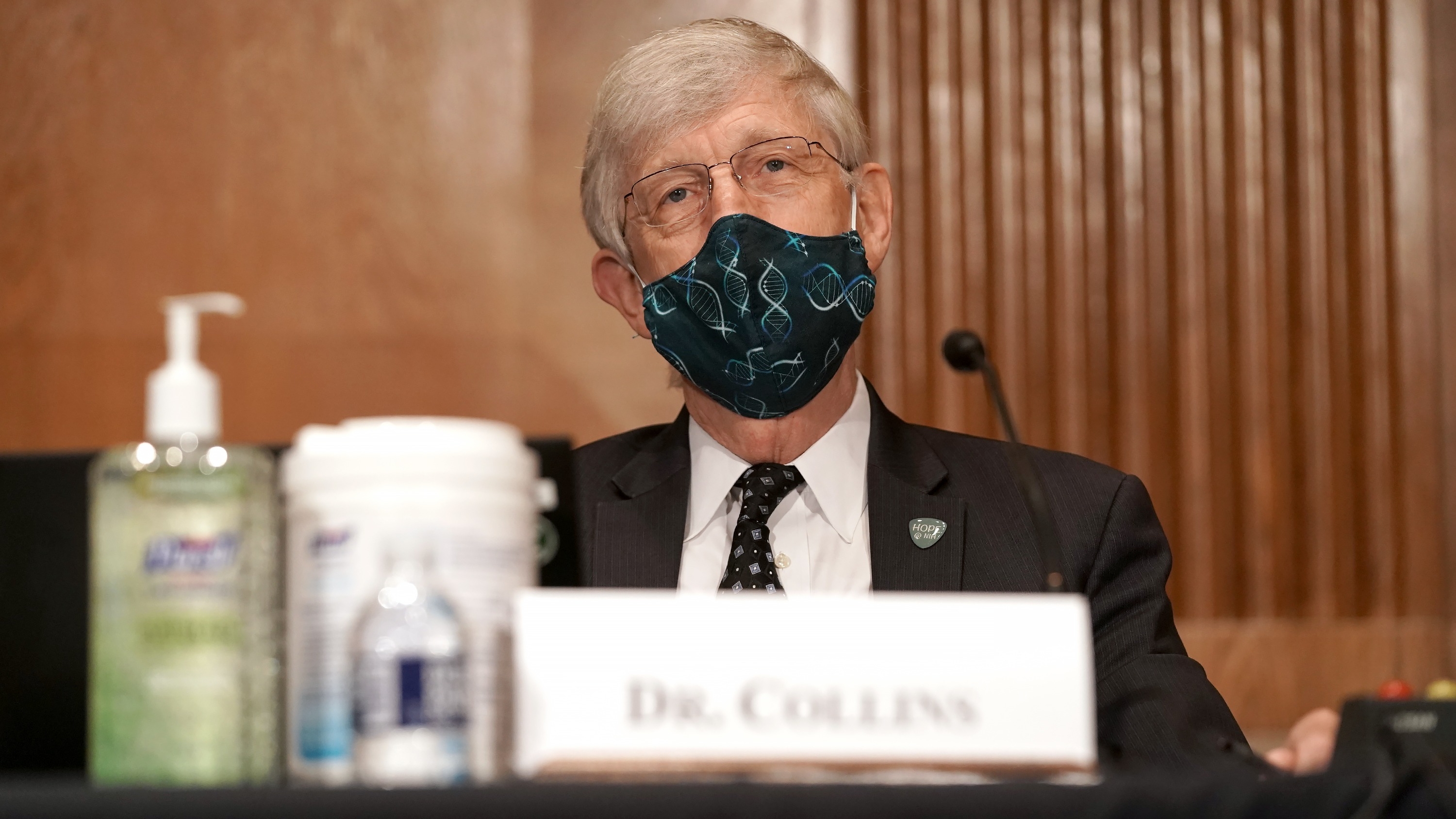 This week, we spoke to Dr. Francis Collins — aka Dr. Anthony Fauci's boss — about the race for a COVID-19 vaccine.

Below are some key excerpts from the interview. To hear the complete interview, and for the rest of the episode, hit play below.

On the timeline for when a COVID-19 vaccine could be approved:

“I am guardedly optimistic the answer's going to be by the end of this year.”

“Generally, once you've decided that you're going to try to develop a vaccine, you're talking about anywhere from four to ten years before you'd actually be in the position of saying I think we have something that works. And to be now in phase three trials, the first of which began at the end of July is just breathtaking.”

On safety concerns with vaccine trials:

“...At the moment we have a hold on the AstraZeneca vaccine and just announced a hold on the Johnson & Johnson vaccine. So that's, you know, scrutiny every day to make sure that the thing is safe and most of these will turn out not to be related to the vaccine at all, but you've got to check and see.”

"Every step that's involved with testing safety and testing efficacy has been done as rigorously or more rigorous than we've ever done with any other vaccine."

On how China and Russia are handling COVID-19 vaccine development

“I will say that I've been not very reassured so far that in some of those countries, and I have to name both Russia and China, they've kind of skipped over this Phase 3 trial thing and said, okay, let's just start putting needles in people's arms cause it looked like the first couple of looks were alright."

"That is not what we would do in this country. And certainly if something is going to be administered in this country, our FDA, who are a very rigorous bunch of folks who demand to see all the data, would have to say, this is good enough by our standards and not just somebody else's hope that it might be okay."

On the vaccination threshold for herd immunity and a return to normal:

"At what point will it be safe to say we can go back to life as usual? It's gonna take a while. If anybody thinks that the day we have a vaccine that's judged safe and effective, we can all just go back to doing what we were doing in 2019. That isn't going to work. You really have to get to the point where you have reduced the number of potentially infectible people down to maybe 20 percent or so. Then you've got what you couldn't call herd immunity.”

“But that's a lot of people, you know, all of that would be somewhere in the neighborhood of 300 million people in the U.S. would need to be immune in order to get to that point. I think there's a fair chance we can get there by next summer, but I don't think we'll get there a lot sooner than that.”

On the safety of in-person holiday gatherings:

“It is clear that people gathering, particularly indoors without masks, in closed spaces with poor ventilation, is a super-spreader opportunity just waiting to happen. And of course, weddings and family reunions are a place where that can readily happen. It's just not worth the risk to do that.”

“It is simply taking a risk that is potentially going to hurt somebody and we ought not to do so so casually as often now seems to be the case.”

On the challenge of staying vigilant about COVID-19 over the long-haul:

“People are so tired of this. Unfortunately, the virus is not tired of us. But we're tired of it. And if we relax our guard prematurely, then all of the promise of getting past this will be squashed. So it is going to require from all Americans — and not just those at high risk — but particularly the people who are late in the queue to get vaccinated because they weren’t at high risk. They're still going to need to practice public health measures. We'll still be wanting people to wear masks and practice social distancing and avoid indoor gatherings well into next year.

And it would be good for everybody, despite that sort of disappointment that may go along with that realization to kind of get our heads around it and say, we're in for this — this is the way that all of us can actually save lives.”

"The recent event in the Rose Garden, which Tony Fauci has now referred to as a super-spreading event, I think with good evidence, we shouldn't be doing that. That is just asking for trouble.”

On his relationship with Dr. Fauci:

“We have a great relationship. We talk virtually every night at some point on the phone to compare notes about what just happened that day with trials or with politics or whatever it was. He's a great partner and you will not see any daylight between Tony and me in terms of the positions that we are trying to take about where the science needs to go.”

On the politicization of mask-wearing:

"The idea that wearing a mask should be somehow affected by your political party is one of the craziest things that I can ever imagine seeing.

I am not a political animal. I don't belong to any political party. I don't think of myself as in any way attached to political views, but as a public health person, as a physician, to see the way this has all gotten tangled up in politics is just crazy. And it is causing people to get sick and people that die. And we have got to somehow get past this very strange circumstance and recognize it's up to all of us, while we're waiting for those vaccines to get proven and then distributed, to keep the death rate from climbing even higher than it already is at some 220,000. We could lose twice that many lives if we don't do something much more effective than we are right now.”

On whether the U.S. should reimpose lockdowns:

"I know when people hear messages from public health experts like me or Tony Fauci they're always anxious that the recommendation is going to be, we just have to shut everything down and send everybody home and lock them in for months at a time. That's really not what I think we need to do, so let me just put that one off the table right at the beginning.

Public health measures are to avoid having to shut down, by practicing good, thoughtful, fairly straightforward things that do cause some inconvenience, but save lives.

We're going to need to stick to those more effectively than we have so far in the coming months, if we're going to avoid what could be a very tough fall and winter season. Let me just say it doesn't look very good right now in our country that we're actually practicing the best measures, at least looking particularly in the middle of the country what's happening."