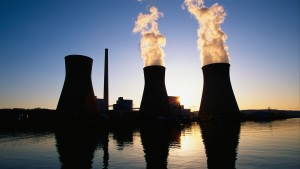 In October, the EPA announced an “aggressive” plan to deal with toxic “forever chemicals” (more formally known as PFAS). They’re polluting drinking water, soil, and food across the US — and the world. If you think this is a case for Erin Brokovich — she’s been talking about it. But these chemicals aren’t anything new.

So, what are “forever chemicals?”

They are PFAS, which stands for polyfluoroalkyl and perfluoroalkyl substances (say that 10 times fast). They’ve been around since the 1950s. And there isn’t just one, there are thousands of man-made “forever chemicals” found in many commonly used products. Like: some cosmetics, non-stick cookware, cell phones, furniture, fire-fighting foams, dental floss, food packaging, clothing, the list goes on. And they’re frequently referred to as “forever chemicals” because they don’t break down naturally in the environment.

Meaning: They can – and have – leaked into US soil, drinking water, and air. A move that is particularly bad for us humans.

How do PFAS affect your health?

The Agency for Toxic Substances and Disease Registry says people (and animals) can be exposed via:

Since PFAS are used in a variety of products and are persistent in our environments, many of these chemicals are found in the blood of animals and people all over the world (though typically at low levels). Nearly all Americans, including newborn babies, have PFAS in their blood, and up to 110 million people may be drinking PFAS-tainted water.

The CDC says more research is needed to determine how low levels of exposure to the chemicals over time affect human health. But the EPA says it may cause...

What is the government doing about “forever chemicals?”

Previous admins have been wishy-washy over this issue. During former President Obama’s time in office, the EPA admin put a recommended (but unenforceable) health advisory limit on PFAS in drinking water. But those limits were still considered unsafe. In 2019, former President Trump’s admin appeared to take an aggressive stance against “forever chemicals.” And then-EPA head Scott Pruitt called the issue a “national emergency.” But action against PFAS was again largely hollow. And efforts to regulate the chemicals have stalled in Congress. Because, politics.

Now, the EPA is saying ‘enough is enough.’ And with President Biden’s backing, the agency is taking a new approach to regulating these toxic chemicals. Here’s what’s in the agency’s roadmap to get a handle on the issue:

The Department of Defense is also expected to clean up its own PFAS contamination at nearly 700 military sites by the end of 2023. And the FDA will expand testing of the US’ food supply to understand exposure to “forever chemicals” in food. The Agriculture Dept. is also getting in on the action, and plans to make moves to prevent PFAS contamination in the foods we eat.

The plan will likely take a few years to be completed, so don’t expect many updates until 2024. But like many things in the US, not everyone is on board. The American Chemistry Council, an org that represents chemical companies, says it supports science-based regulations of the chemicals. But also said ‘not every PFAS is the same and thus, they can’t be regulated the same way. And since some of these chemicals are used in things like solar panels and household tech, it won’t be easy to find other ways to manufacture these products either.

There’s a lot we don’t know yet about “forever chemicals.” But what we do know is alarming. Now, the EPA is sounding the alarm on an emergency that has been long overlooked by the gov. And while change is on its way, the gov needs more data before the effects of its plan are felt. In the meantime, here are a few steps you can take to lower your exposure to forever chemicals, courtesy of the CDC.