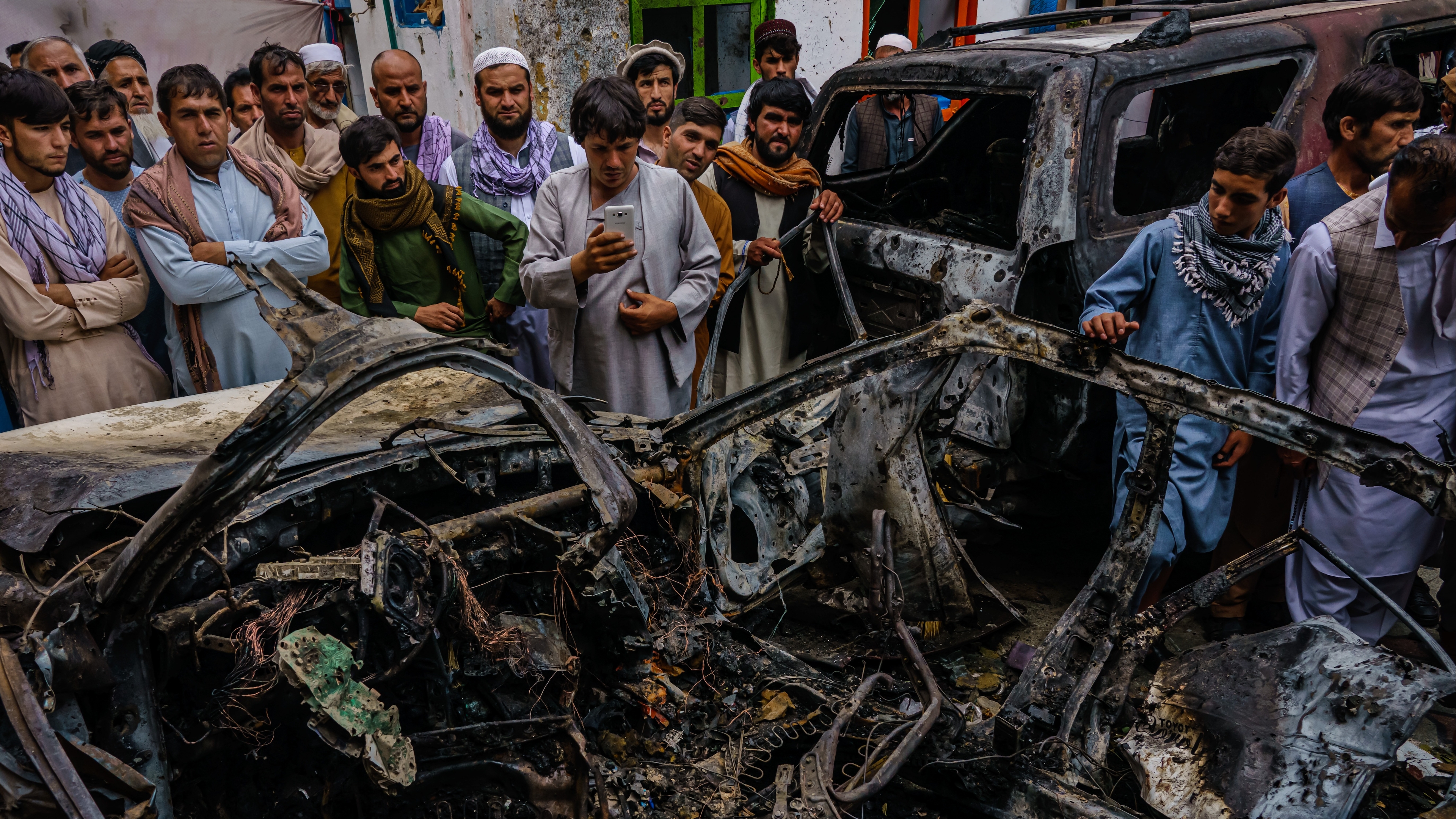 On Aug. 26, explosions in Afghanistan killed 13 US service members and at least 170 Afghan citizens. It was one of the deadliest days of the Afghan war for US forces. The terrorist group ISIS-K claimed responsibility for it. Later that month, a US drone strike killed two ISIS-K members. And another strike thwarted an ISIS-K car bomb from detonating in Kabul. At least 10 civilians were killed, including a number of children.

Wondering what ISIS-K is? You’re not alone. Here’s your Skimm on the group.

The group was founded in 2015 by militants from Pakistan and Afghanistan who defected from the Taliban. One year later — when ISIS-K was at its peak strength — it was believed that they had around 4,000 fighters in their ranks. But their numbers were cut following US military airstrikes, including in 2017 when it dropped the “mother of all bombs” (aka the largest conventional bomb in the US’s arsenal) and killed dozens of fighters.

While it’s not clear how many fighters ISIS-K has now, a UN report found that they had between 1,500-2,000 three years ago. That same year, the group was listed as one of the top terror groups responsible for the most deaths.

Despite its seemingly smaller size, ISIS-K has been responsible for hundreds of clashes between US, Afghan, and Pakistani forces — as well as a number of attacks. A UN report found that ISIS-K was behind 77 attacks in Afghanistan in the first four months of 2021. They were also responsible for a series of deadly attacks targeting Afghanistan’s Shiite Hazara minority group, including a bombing at a girl’s school in the capital of Kabul in May, which killed at least 85 people. And the group is believed to be behind an assault on a Kabul maternity ward in 2020, which left 24 dead, including mothers and newborns.

The group is often compared to the Taliban, since both are rooted in Afghanistan. But they do have some big differences. And, they’re enemies.

ISIS-K and The Taliban

Many have wondered whether the Taliban — which now holds control of Afghanistan after the Aug. 15 takeover of Kabul — will give ISIS-K safe haven in the country, as it has with other terror groups like al-Qaeda. A safe haven could make it easier for ISIS-K to set up bases across Afghanistan’s 400 or so districts.

But given the whole enemies thing, that may not happen. Compared to the Taliban, ISIS-K is believed to be smaller but more extremist (aka more brutal and fanatical). The two groups also have different goals: Experts say the Taliban’s sole focus is to rule Afghanistan, but ISIS-K sees itself as a global force. Its aim is to establish a caliphate (aka an Islamic state ruled by a supreme leader) across the Middle East and Asia.

The Taliban condemned ISIS-K’s attacks outside Kabul’s airport, saying it would launch an investigation. Meanwhile, ISIS-K stood in opposition to the US-Taliban peace talks during the Trump era. (Remember: This move led to the eventual withdrawal of US troops.) But the core ISIS group believes that combat is the way to take down an enemy.

Experts believe that the Aug. 26 attack in Kabul was meant to undermine the Taliban and create more chaos in the country. After the attack, President Biden said about those responsible: “We will not forgive. We will not forget. We will hunt you down and make you pay.” But with the US’s departure from the region, there won’t be boots on the ground to map out and detect fighters in the hard-to-navigate mountainous terrain — which may spur the growth of groups like ISIS-K.

The chaos in Afghanistan has given ISIS-K a chance to show that it’s still able to cause tremendous damage and casualties as it tries to achieve its goals. And with the US’s exit from the region, monitoring the group’s movements may become more complicated.