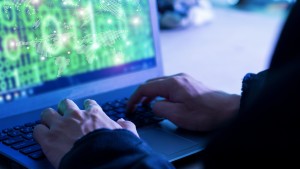 Hackers keep targeting the US – disrupting gas supplies, food production and even the government. The Department of Justice called 2020 the “worst year ever” because of the increased number of cyberattacks. A cybersecurity firm recorded 65,000 ransomware attacks in the US. And one study found that attacks globally in the first half of 2021 are up 102% compared to the beginning of last year. But what’s causing this phishy business?

Cybercriminals use ransomware – a type of malicious software – to hack computer systems and lock up data important to a company’s operations. Then, they threaten to keep it, destroy it, sell it, or leak it – unless the company pays up. In 2020, about $350 million was paid out to criminals using ransomware.

Here are some recent examples of hackers making corporations byte the dust...

What the government is doing… In July, the Biden admin and Western allies called out China for hacking the Microsoft Exchange email server, which impacted thousands of businesses. And the DOJ charged Chinese hackers for allegedly working with China’s Ministry of State Security to steal business info from different agencies. No sanctions against the country were announced, unlike in April when the White House imposed economic restrictions on Russia for the SolarWinds hack. Since then, President Biden warned Russian President Vladimir Putin that the US would respond if necessary, hinting that the US would target Russian servers behind the attacks – although it’s unclear if that will happen. And later Biden told Putin that Russia needs to stop being a safe place for hacker groups. The White House also ordered organizations that support US energy systems (like pipelines) to report cyberattacks. It created a task force too in hopes of preventing future attacks. And launched a website with tips for businesses to stay safe. Meanwhile, Congress is working on legislation of its own to address the spike in attacks. The FBI also recommends victims of ransomware attacks not to pay hacker groups.

What you can do… To prevent hackers from stealing your info, update your apps and computer software to the latest version. Usually, new versions can fix bugs found in the old ones. Be careful when opening emails or clicking on attachments and links. If an email looks suspicious, report it. Choose passwords that are hard to guess and don’t use the same one for different websites. Using a password manager or generator can help. And don’t forget to regularly back up your digital files to the cloud or an external drive.

Businesses, government agencies, and everyday people are all at risk from ransomware attacks. While we wait for security technology to catch up to hackers, there are steps you can take to keep your digital world safely at your own fingertips.