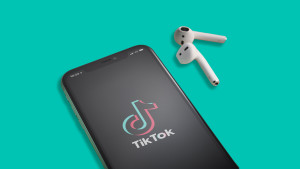 People are wondering whether or not they should delete TikTok.

It's the popular video-sharing app that’s reportedly been downloaded more than 2 billion times globally. It’s popularized dance challenges like the Renegade and Savage. And it's what teens and basically everyone else are using to stay sane through quarantine.

So, why are people thinking about deleting it?

Data privacy. TikTok is owned by a Chinese company called ByteDance. And China has a shady history when it comes to Big Brother tactics. It’s known for cracking down on free speech, censoring the internet, and has been accused of cyberattacks against the US. US officials are reportedly worried that China is potentially building up a database of info that it could use for espionage.

Fast forward to last week, when US Secretary of State Mike Pompeo said the Trump admin is considering banning Chinese social media apps, including TikTok. Pompeo accused it of sharing user data with the Chinese gov.

TikTok has denied ever providing user data to China and said it would not do so if asked. It would also like to remind everyone that it doesn’t store user data in China and that it has an American CEO. Also worth noting that the app isn’t actually available in China.

Not everyone’s convinced. Last month, India banned TikTok and 50+ other Chinese apps due to security concerns. Wells Fargo recently banned the app from company devices. So have the Department of Homeland Security, the US Navy, and the US Army. Oh and the DNC and RNC have cautioned its staffers from using it.

What do TikTok users say?

They’re not handling the news of a potential ban very well. Some have reportedly uploaded videos of themselves crying. Others have posted clips using the hashtag #SaveTikTok. And some are encouraging their fan bases to follow them on Insta and YouTube juuust in case. TikTok competitors like Triller, Byte, and Dubsmash have recently had a spike in downloads.

Yep. Adding more fuel to the fire: President Trump’s rocky relationship with TikTok users. Last month, they took credit for prank registering ticket requests for Trump's rally in Tulsa, Oklahoma that resulted in empty seats. His campaign says ‘not true.’ Now, users are retaliating against the app’s potential ban by reportedly flooding Trump’s official campaign app with negative reviews. This comes at a time when tensions are already escalating between the US and China, including over a new national security law in Hong Kong and the coronavirus. Trump said banning TikTok was “one of many” moves he was considering to get back at China for COVID-19.

Up to you. TikTok collects info like your location, the type of device you are using, your search history, and the contents of your messages in the app. But this is pretty much the same kind of data that other companies like Facebook, Google, and Twitter are collecting from you too. If you're not ready to completely part ways with it, there are still ways to stay safe. You can read the app's privacy policy to know your rights as a user, including that you can ask TikTok to delete info it’s collected about you. Some suggest using a fake name or email address if you don't feel comfortable using your real ones. Or you could delete the app and still watch videos on the web.

TikTok’s potential to be coerced by the Chinese government has put a target on its back. But its fate in the US is still up in the air. Given its activist track record, don’t be surprised if Gen Z puts up a fight here.