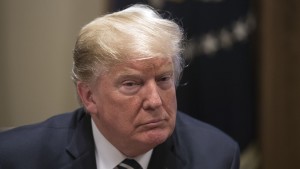 On July 1, New York prosecutors charged former President Trump’s real estate company – the Trump Organization – and its CFO Allen Weisselberg for their involvement in a tax scheme that allegedly ran over the course of 15 years. They said Weisselberg avoided paying taxes on about $1.7 million in perks (think: cars and apartments). And that the Trump Org kept those benefits off the books and failed to report them to the IRS. While he hasn’t been charged directly, Trump called the indictment against his company and CFO a “witch hunt.”

This isn’t the first time the former president has faced legal challenges. He faced several  lawsuits during his presidency – but sitting presidents are immune from prosecution (a practice experts say is up for debate).

Trump is also facing several lawsuits for his role in the Jan 6 Capitol riots. Here’s where things stand with those cases…

Another area where Trump is in hot water: the 2020 election. Here’s what he’s dealing with…

No president has ever been indicted for criminal conduct. But Trump is facing almost 29 legal cases. And now that he isn’t president anymore, certain immunities that protected him from being prosecuted while in office no longer apply. He’s already hinting at a possible run in 2024, but he might have to face the courthouse before the White House.