What Is Pickleball? And Why Is Everyone Playing It? 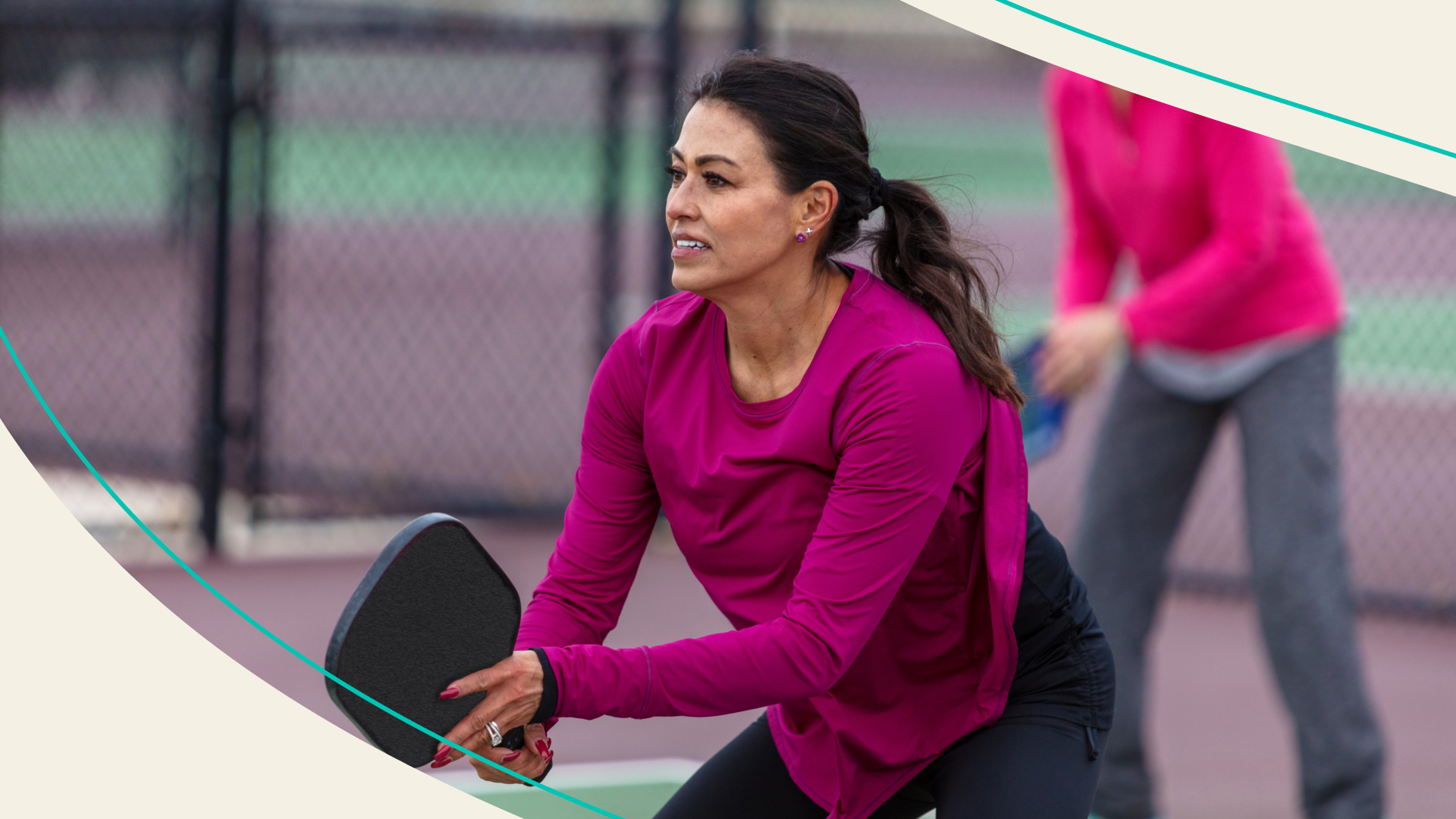 Over the summer, there's been one sport taking America by storm. Nope, it’s not football. Meet: Pickleball. It’s a racket sport that was invented back in 1965. (Think: Tennis, but with a smaller court.) But in 2022, it seems like everyone and their athletic mother has picked up a paddle and a ball. Some people love it so much, they even incorporated it into their weddings.

So how exactly did the US become so obsessed with this sport? Our “Skimm This” podcast team asked Sarah Larson, a staff writer at The New Yorker who did a deep dive on pickleball, to find out. Check out what she had to say below. Or listen in on the interview here.

Back up. What is pickleball?

The new friend date idea you’ve been waiting for. It’s a combo of tennis, badminton, and ping pong. According to USA Pickleball, it can be played indoors or outdoors. And all you need is a court, a ball with holes in it (like a wiffle ball), a modified or regular tennis net, and paddles.

How do you play pickleball?

Here are the basic rules of pickleball:

Why is pickleball so popular right now?

The sport is pretty easy to play. Read: Simple rules, natural athleticism optional. Plus, there's a community element to it that's really different from other sports like tennis.

“It's challenging and fun, but accessible,” Larson said. “It's a simple way of getting people moving and active and happy and connecting to one another.”

That communal element is so strong that one person Larson interviewed said that pickleball could "save America" and heal the country's divisions. And according to Larson, it’s not a crazy idea.

“Under the right conditions, it can inspire people to call on their better selves a little bit in a way that [other] sports don't always foster,” she said. “I think if people continue to focus on what they love about it and what makes them feel good in that community way, then I think it does have the potential to really heal certain community connections.”

The biggest thing Larson noticed? How happy the sport made people. “The joy of this sport really touched me,” she said. “Everyone I've talked to at a pickleball recreational game or tournament, or [a] day of play in the city where everybody kind of meets up and plays — they're just giddy and brimming with happiness. And they can't wait to come back and do it the next morning.”

I’m intrigued. How do I get started?

If you haven't "pickled" yet yourself, there are a couple ways to get started.

“In terms of finding how and where to play, there are these great apps that connect players with one another everywhere,” Larson said. See: Pickleball Buddy and Pickle Connect. Or this pickleball court finder. Plus, Larson said there are tons of videos that can teach you pickleball rules.

Another suggestion from Larson: Jump right into it. “Just getting a cheap paddle and giving it a whirl is probably the best [way]. And then falling in love with it and then wanting to get better.” she said. “That's the other thing that keeps people hooked: ‘I know I can do much better.’”

Pickleball has become wildly popular all over the country. And that’s because it’s easier than some sports like tennis, but still brings a community feel to the court. So if you want to start playing, find some like-minded picklers in your area and grab a paddle.