Why This Year's Drought in the Western US is Historic 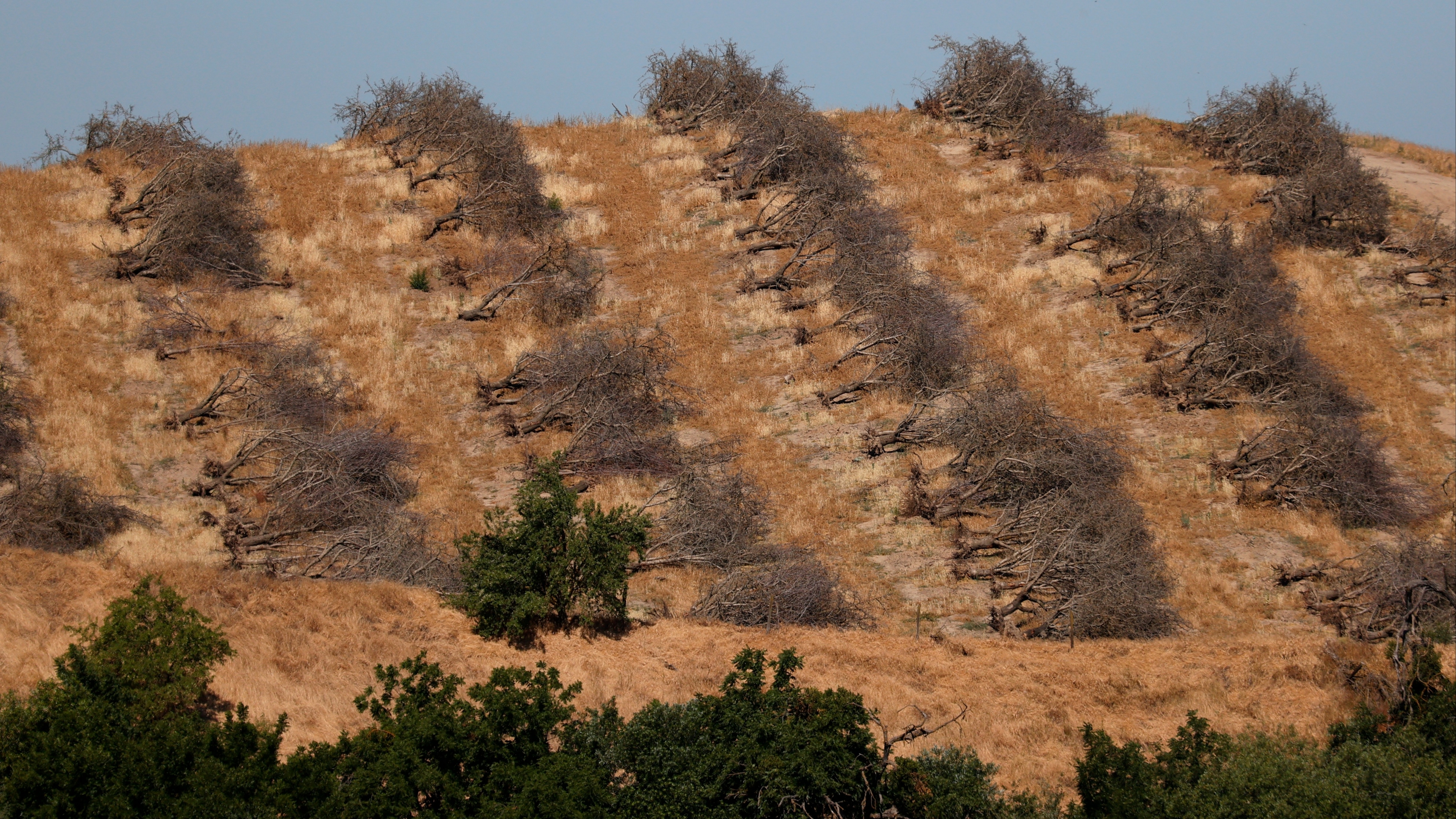 Scientists are ringing the alarm on climate change as the western part of the US deals with a record-breaking drought. According to the US Drought Monitor, all or most of Arizona, California, Nevada, New Mexico, Oregon, Utah, and other states are dealing with disastrous drought conditions and their effects.

Droughts are nothing new for this part of the country. (Think: California’s last drought lasted from December 2011 to March 2019.) But water has long been an issue for the region. And experts say climate change is making the situation worse. Like other extreme weather events, it’s causing droughts to be more intense and frequent. Researchers say that a decades-long megadrought is starting to happen in the West – particularly in the Southwest.

As of mid-June, nearly three-quarters of the US’s West has been experiencing “severe,” “extreme,” or “exceptional” drought conditions. In addition to the states above, it also includes northern states like North Dakota and Montana.

Experts are also worried that the current dry and hot conditions will have a ripple effect, which brings us to wildfires. Last year’s West Coast wildfire season was the worst ever. Fires in California killed 31 people, burned more than 4 million acres, and destroyed thousands of buildings and structures. And this year, states like Arizona have seen an early start to their wildfire season. But the effects of the drought stretch even further.

Water supply. A decrease in water impacts everything from wildlife to electricity. Lakes and reservoirs are drying up around the country – in California, state reservoirs are 50% lower than they should be this year. Problem, because they hold water for millions of people’s homes, help farmers irrigate their land, and reportedly help protect wildlife.

The agriculture industry is expected to take a big hit with the drought. The West is responsible for producing a large chunk of the country’s fruits and vegetables. Case in point: California alone produces one-third of the US’s vegetables and two-thirds of its fruits and nuts. But lack of water can damage farmland and hinder crop growth. According to The New York Times, farmers in New Mexico have been warned not to plant this year. And California’s food and agriculture secretary says she expects that at least 500,000 acres of farmland won’t be used for farming this year. All of this could impact food supply and drive up prices.

Another issue? Electric grids. California has a number of hydroelectric plants, which require water to run. The Associated Press says that if the water supply in a major reservoir falls below 640 feet, the Golden State would have to shut down a major power plant and potentially strain the state’s electrical grid. And the state may wind up relying on gas-fired power plants, something that could reportedly make it hard for it to reduce its emissions of carbon dioxide...which is the main greenhouse gas that’s created through human activity.

Here’s what’s being done to help…

Experts say there doesn’t seem to be much relief in sight with the drought. Summer in the western US is typically hot and dry, so these conditions could last for months. But politicians are hoping to help alleviate the impacts.

California Gov. Gavin Newsom (D) and Oregon Gov. Kate Brown (D) have both declared drought emergencies in their states. And Newsom proposed a $5.1 billion package to address water infrastructure. Utah Gov. Spencer Cox (R) signed an executive order to restrict water use at state facilities. And the Biden admin has launched an interagency working group to address the drought and support farmers and communities impacted by water shortages.

If you’re wondering what you can do, there are ways to prep for a potential drought and ways to help conserve water in the middle of one. Here’s more info. Another idea: stay informed by keeping up with the gov’s National Integrated Drought Information System. Or check out the US Drought Monitor’s map of how the drought is changing (which is updated weekly).

Climate change isn’t going away anytime soon. This means severe droughts are likely not going away either. But the intensity of this year’s dry season is causing panic among experts – and highlights that the country isn’t prepared for what’s to come in the future.

Last updated on June 28 – Updated to include details on the heat wave in the Pacific Northwest.