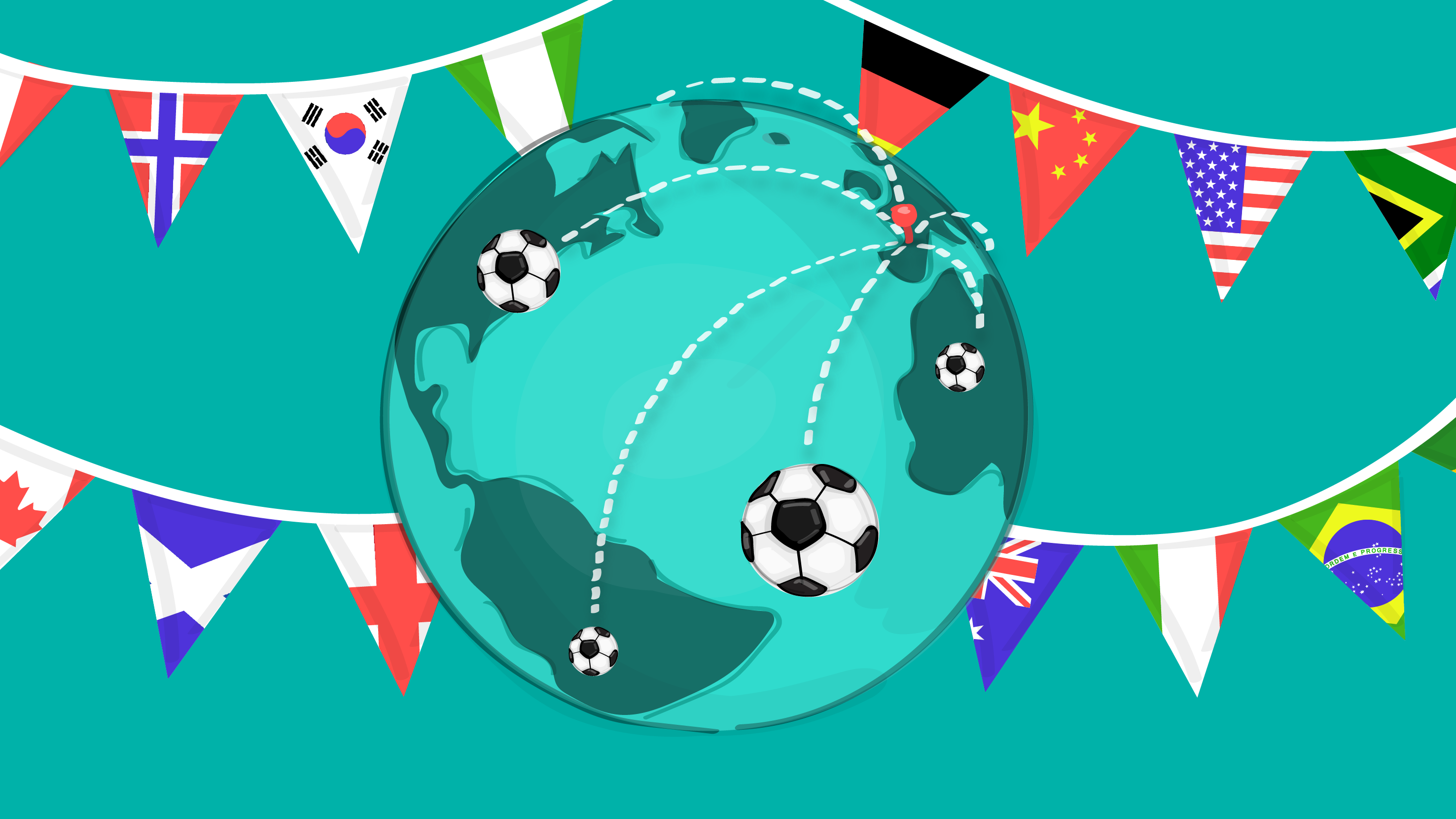 We are the champions:

The US beat the Netherlands 2-0 in the final on Sunday July 7th. This is their fourth time winning the World Cup.

The US scored a remarkable 13 goals against Thailand on June 11th, breaking the record for most goals scored in a single match in FIFA Women's World Cup history.

The Women's World Cup is here. Time to figure out what jersey you’re going to rock all summer long.

Give me some history.

The men's tournament dates back to 1930. For years, women in many countries – like Germany and the UK – were banned from playing professional soccer. Because, you know...they were women. But in 1970, some went rogue and organized a tournament in Italy. Years later, FIFA caught up with the times and the first Women's World Cup took place in 1991. The US won. And it has won a total of three times – the most out of any other country and including the last one in 2015. (Only three other countries have won: Germany, Japan, and Norway.)

Same. So let's talk details, shall we? Kickoff is Friday June 7 at 3pm ET. For the next four weeks, 24 teams will compete in a total of 52 games in nine cities across France. You can watch it all on Fox and FS1. Telemundo and Universo will have the games in Spanish.

Kinda. Teams are divided into six groups from A through F. And each group has four teams. 16 advance to the knockout phase: the two winners from each group and the four best third-place teams. And it’s all leading up to the final, which goes down July 7. The US is a favorite to win. But Germany, England, Canada, and France will give it a run for its money. If France wins (note: this year's le host), it would be the first major international trophy for France's women's team.

Oh la la. What are the perks of winning?

Cash money. But, surprise: men get more money than women (think: $4 million compared to what the winning men’s team won last year...$38 million). The world players’ union – which had pushed for a higher prize money – said the cash bonus for women was insufficient and that “football remains even further from the goal of equality.” Feel free to take a break to scream into your pillow.

Just did. Also, isn’t there some tension in France right now?

Oui. Back in November, yellow vest protesters – mostly made up of lower- and middle-class citizens in France – started protesting against a fuel tax hike that the government hoped would help fight climate change. To help stop these protests, the gov scrapped the fuel tax hike and upped the minimum wage. But protests have continued every weekend since.

Yup. 29 in a row, to be exact. But what they're currently protesting has gone beyond the tax hike. It's turned into resentment against the government over wealth inequality. Many of the protesters say they couldn't afford that fuel tax increase, let alone pay their bills. French President Emmanuel Macron is still trying to patch things up – in what has become the biggest political crisis since he took office.

Give me something good. Who's the mascot?

Say bonjour to ettie (yes, lowercase e). She’s a young chicken and the daughter of Footix, the mascot from the 1998 World Cup that also took place in France. Her name comes from the French word for star – étoile. Oui love her too.

Besides ettie, anyone else I should look out for?

The new kids on the block this time around are Jamaica, Chile, Scotland, and South Africa. And of course, keep an eye out for the top players. Like...

Sam Kerr (Australia)
Position: Forward.
Kerr has become the all-time leading goal scorer in the US's National Women's Soccer League, playing for the Chicago Red Stars. And she flipped time zones to serve as team captain for the Australian team.

Marta (Brazil)
Position: Forward.
Her full name is Marta Vieira da Silva. But she’s so good, she only needs to go by her first name. She’s won the FIFA Women's World Player of the Year award six times. Six. She’s thought to be the greatest female player in history, but has never won the Women’s World Cup. She was nicknamed “Pele in a skirt”...by Pele.

Amandine Henry (France)
Position: Midfielder.
She’s the team captain and has been playing for Les Bleues since 2009. At the 2015 Women's World Cup, she was awarded the Silver Ball Award as the tournament's second-best player.

lmuth Schult (Germany)
Position: Goalkeeper.
In 2016, she was part of the team that won gold at the Rio Olympics. As one of the most experienced players on the German team, she could be a contender to win the Golden Glove award – which goes to the tournament's best goalkeeper.

Cecilia Salvai (Italy)
Position: Defender.
Italy has Salavi to thank for getting into its first Women’s World Cup since 1999.

Jody Brown (Jamaica)
Position: Forward.
Last year, she scored four goals at the CONCACAF Women’s Championship when she was just 16 – becoming Jamaica’s top scorer at the tournament. Brown was named best young player at the competition.

Rasheedat Ajibade (Nigeria)
Position: Forward.
Last year, she was the captain of Nigeria’s Under-20 women's team. At only 19, she’s considered one of Africa’s most promising young players.

Alex Morgan (US)
Position: Striker.
She won the Golden Boot at 2018 CONCACAF Women’s Championship. And managed to score 18 goals in 19 games for the team. She said she feels like she’s at the peak of her career but that she can still get better. Time magazine agrees: it named her on its list of the world's 100 most influential people for working for equal pay and international glory.

The Women’s World Cup doesn't get as much attention as the men’s. But it’s still just as exciting. And could be one of the biggest sporting events this year. Be sure to tune in.