Thing To Know: 988 is the New Number for the National Suicide Prevention Lifeline 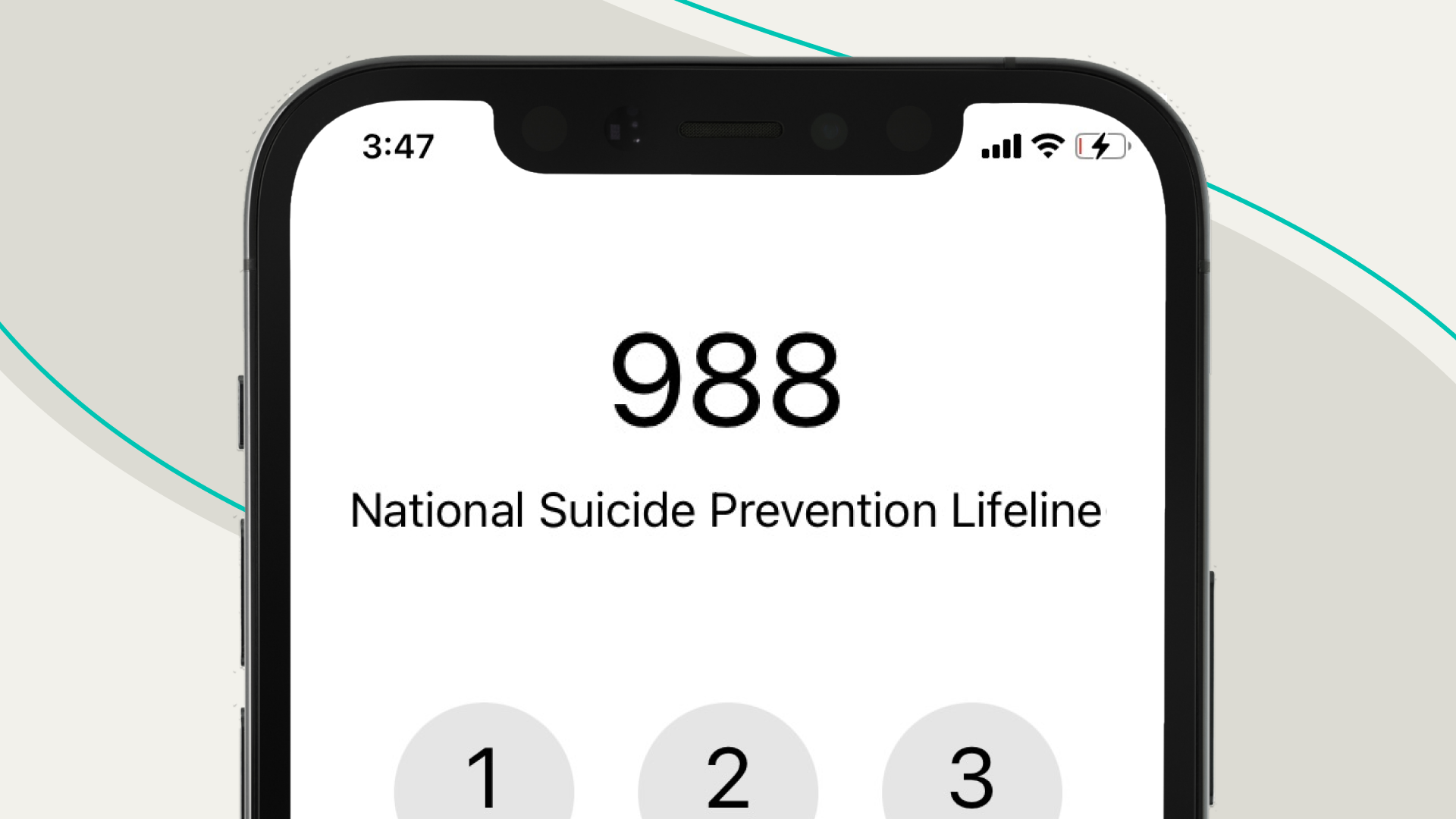 Think of it like a 911 distress call, but specifically for mental health-related concerns. The new number goes live across the US on July 16. So we Skimm’d what you need to know.

Why the new digits?

In part, because remembering a 10-digit number — other than your middle school BFF’s landline — isn’t easy. So in 2020, Congress designated 988 as the new number for calling and texting the National Suicide Prevention Lifeline (NSPL), which has been around since 2005.

Making the number extra accessible could help reduce the stigma that comes with seeking mental health support, according to the Substance Abuse and Mental Health Services Administration (SAMHSA). But note: NSPL will continue to answer its current number even after the 988 roll-out. (This one: 1-800-273-8255.)

Anyone who needs it. Overall, Americans have seen reported increases in rates of anxiety and depression since the pandemic began. In particular, 988 could help LGBTQ+ people — suicide risk for this group has increased in the last few years, according to The Trevor Project. And children, teens, people who live in rural areas, and people of color might benefit too — suicide death rates for people in these groups have increased substantially since 2009, according to reports by the Kaiser Family Foundation.

Thing to know: The NSPL received nearly 3.3 million calls, chats, and texts in 2020. And SAMHSA expects more than twice as many contacts to come through the new hotline in its first year.

Who’s on the other end of the line?

The lifeline has a network of more than 200 local crisis centers. The people manning the phones are counselors trained in handling mental and behavioral health issues. And they’re there to listen, try to understand what’s going on, provide support, and connect callers to resources, if necessary, the NSPL says.

FYI: Although nearly $105 million in gov grants were allocated to help grow NSPL’s 200-plus call centers, experts and advocates are concerned that states are unprepared to meet increased demand. Note the high number of unfilled 988 call center jobs.

This is a big deal, because the NSPL has already been overstretched. Read: One in six lifeline calls ended without connecting to a counselor between 2016 and 2021, according to a Wall Street Journal report. And in 2018, the NSPL said that 21% of all calls were routed to out-of-state centers. Which lengthens wait times and makes it harder to connect callers to local mental health care services.

If you or a loved one is dealing with a mental health crisis, you’ll be able to dial 988 nationwide for help starting Saturday. But the NSPL’s main line — 1-800-273-8255 — is open right now and will remain active. Reminder: It’s never a bad idea to consider connecting with a therapist. Because depression, and other mental health issues, can manifest in different ways, including while you’re pregnant or when everything seems fine.