Now That Roe Is Gone, Here's What Might Happen to IVF 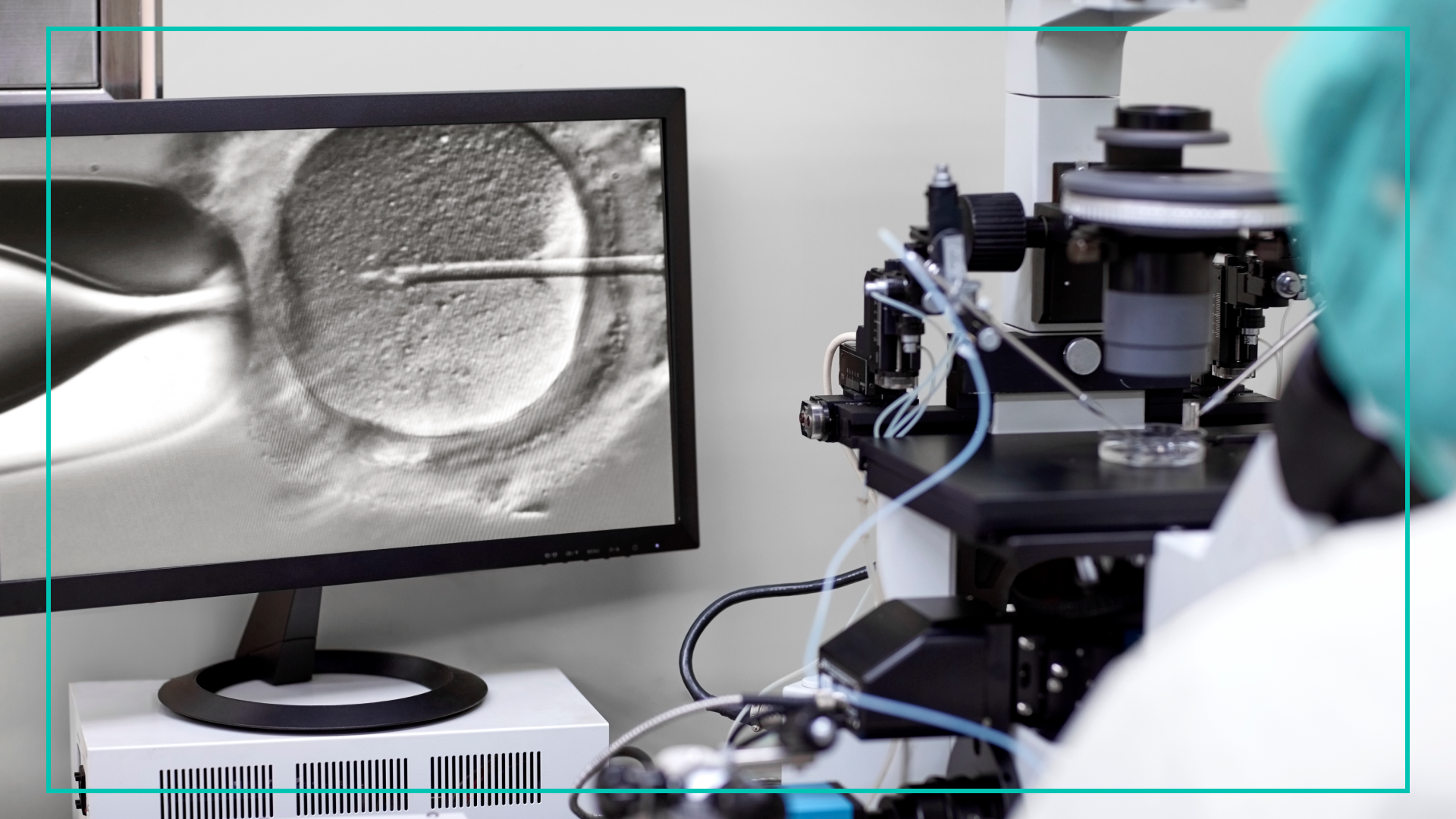 SCOTUS’ decision to overturn Roe v. Wade means that a woman’s right to an abortion is no longer protected as a constitutional right. It could also mean less access to necessary reproductive treatments to grow her family.

Sounds counterintuitive. But the Roe ruling gives states the green light to implement trigger laws around abortion. That might also call into question, and limit, how in vitro fertilization is carried out. (Reminder: IVF is already hard to access for many people.) It all comes down to whether embryos created in the IVF process are now entitled to rights of personhood. And how they’ll be treated under state laws.

Let us explain, with the help of OB-GYN Dr. Natalie Crawford, reproductive endocrinologist and co-founder of Fora Fertility in Austin, Texas.

Note: The info in this guide applies to all people seeking fertility treatments, but we sometimes use the word “woman” in this guide.

Remind me: How does IVF work?

In a nutshell… A woman gets hormones to help her ovulate more than the typical one egg per cycle. Those eggs get extracted, mixed with sperm, and fertilized in a lab. (FYI: “in vitro” means “in glass.”) The goal is to create embryos that can then be tested for abnormalities. After that, one (or more) of the embryos can either be transferred into the uterus or frozen for use later.

IVF is the most common form of assisted reproductive technology. Think: about 2% of babies in the US are born via IVF annually. It’s an option for people who want biological kids, but might be single, or queer, or could be dealing with things like infertility, a history of genetic diseases, recurrent pregnancy loss, and/or medical treatment that interferes with their ability to carry a baby.

“There are so many reasons why people need IVF that many of us aren't even aware of,” Dr. Crawford said.

How could abortion bans interfere with the IVF process?

Reminder: Roe actually preceded IVF. Quick timeline: SCOTUS issued a decision on Roe v. Wade in 1973 and the first IVF baby in the world was born in 1978. IVF only became more than an “experimental” practice in the US in the 2010s. So IVF is pretty new territory, in general.

The main concern with restrictive state abortion bans and IVF, according to Dr. Crawford and others: The bans might throw the legal status of every embryo into question.

Let’s back up. First off: IVF is expensive, time-consuming, exhausting, and often painful. So making several embryos — and only going through that involved IVF “cycle” once — is best case scenario. Patients and doctors hope to access multiple embryos, because it gives them the best chance at a healthy baby.

More embryos mean more chances at dodging potential hurdles to a successful pregnancy from IVF. Some examples: an embryo might test positive for fetal abnormalities, it might not “take” for whatever reason, or an embryo might transfer successfully but result in a miscarriage. If hopeful parents go through their embryo stash without getting pregnant — and want to try again — they’ll have to undergo the cycle of hormone treatment and egg extraction all over.

Note: People who end up having successful pregnancies can face tough questions about what to do with leftover embryos. Some might donate them to science for research or to other families. Some embryos are discarded.

That’s where things get tricky with the overturning of Roe. In states where abortion is (or will be) illegal at fertilization, disposing or freezing unused embryos might be considered illegal.

Dr. Crawford is worried that in these states, health care providers will be required to transfer every created embryo into the body. And that, she said, is “extremely unsafe.” It could mean being required to transfer embryos without genetically testing them, and/or transferring multiples — something that fertility doctors have long avoided, she said.

If disposing becomes illegal, Dr. Crawford said she would hesitate to give women hormones that could help them produce several healthy embryos. And that could mean patients repeating the extraction and transfer process again and again as a result. That’s more time and money, and in some cases – more heartache. Remember: IVF already costs upwards of $15K to $25K a cycle, Dr. Crawford said. And she anticipates that additional IVF rounds would make it even more expensive, exclusive, and stigmatized. At least that’s what happened in Italy almost two decades ago. When the country experimented with assigning embryos something like personhood rights — while banning surrogacy, freezing embryos, and pre-implantation genetic testing. In the years that followed, studies suggested that IVF success rates dropped. Gradually, the main points of the Italian law were overturned.

This possible scenario, of limiting egg transfers and fertilization, is one Dr. Crawford said she dreads. “That's a world most of us, as fertility doctors, are really nervous about,” she said.

The short answer: TBD. But in general, it could be the states that ban abortion starting at “fertilization” (see: Oklahoma). Or states that have introduced abortion bans that explicitly treat fetuses as people. There are four in addition to Oklahoma, according to the Guttmacher Institute: Iowa, South Carolina, Vermont, and West Virginia. Dr. Crawford worries that other states — like Texas, where she practices — could also enact stricter abortion bans post-Roe.

“It makes my patients nervous,” she said. “People who are already investing their time, money, and emotional and physical energy are now asking at every appointment, ‘Is it safe to do IVF?’”

Does it make sense to move embryos to states with less-restrictive abortion bans?

Dr. Crawford’s patients are asking her “at every appointment” about the possibility of transferring their embryos out-of-state. But she’s not ready to advise going that route.

One reason, according to Dr. Crawford: Moving embryos isn’t without risk. Because different clinics might have different methods for freezing and thawing embryos. So an embryo transferred from one clinic might not have the same survival rate in another clinic.

What can IVF patients — or people considering IVF in the future — do right now?

“You should be staying tuned,” she said. “But I swear to you, fertility clinics are watching [abortion legislation] like crazy.” And they’ll inform patients if further action should be taken, she added.

Another piece of advice: “Use your voice,” Dr. Crawford said. Maybe by contacting your local representative and explaining “why you’re afraid.”

She said that if more people express how abortion bans could inadvertently impact IVF, lawmakers might be more likely to rework the wording of their bills.

“I don't believe many of the politicians…are trying to outlaw IVF,” she said. “There is an opportunity to educate and advocate and work together in a political arena.”

Dr. Crawford never envisioned entering this advocacy space. But she’s here now. Along with several other fertility physicians, Dr. Crawford is starting a nonprofit for education and advocacy called Doctors For Fertility. She says the group also plans to launch a political action committee to “help make sure that candidates understand why IVF and fertility care are important.”

As abortion legislation takes shape in our post-Roe world, it’s understandable to be concerned about its impact on IVF, which is crucial for many people who want to grow their families. But for now, it’s unclear whether — or how — abortion bans could affect the production of embryos for fertility treatment. So before you make any quick decisions, keep in touch with your local fertility clinic and pay attention to your state abortion laws. And if you feel comfortable: Speak up.