'The Teachers Aren’t OK': How To Help Educators Cope With the Trauma of School Shootings 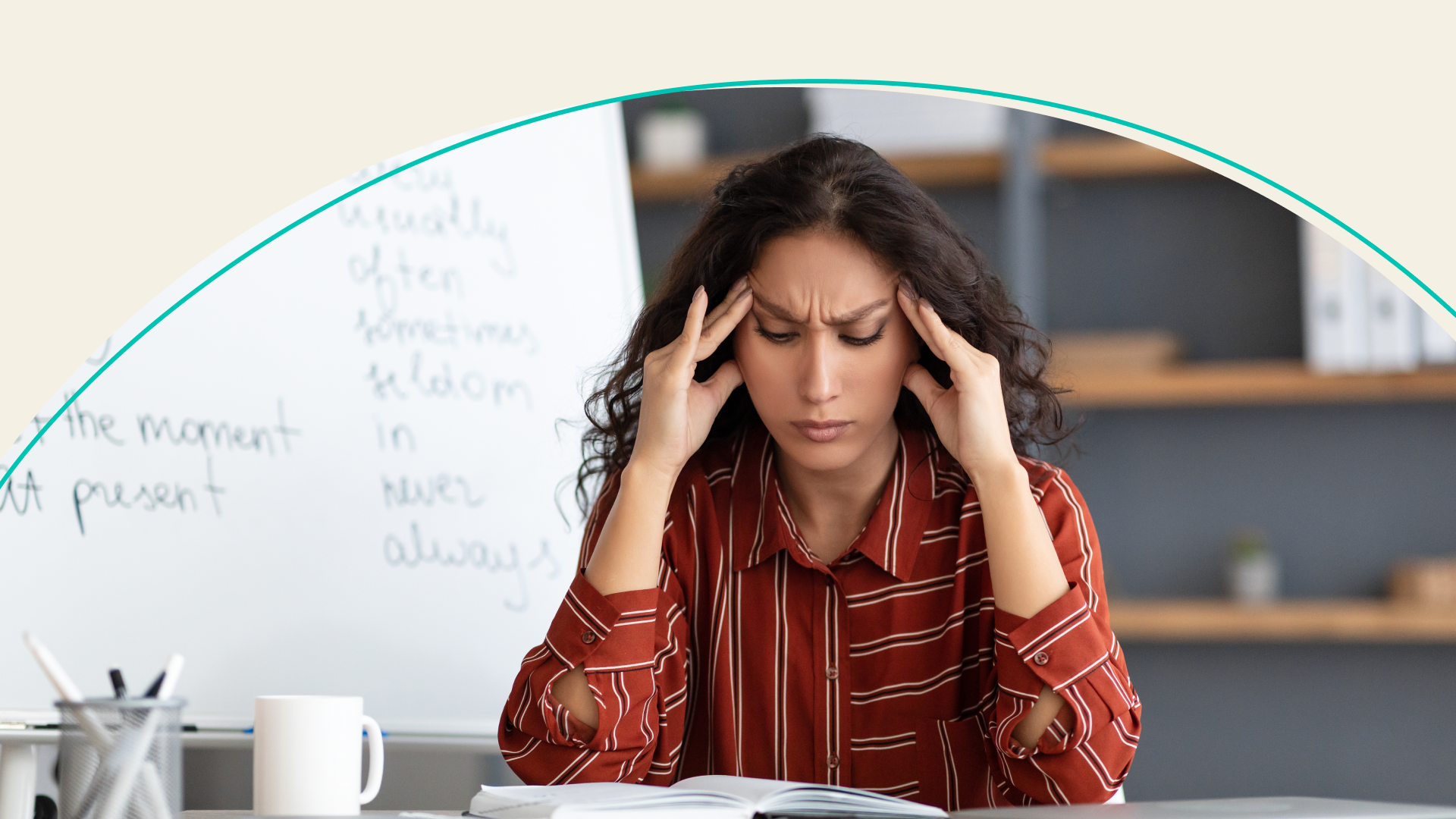 Teaching has long been a thankless job. Then the last few years happened.

Since 2018, there have been 119 school shootings. That includes the one last month in Uvalde, Texas, where a gunman killed 19 children and two teachers. This gun violence epidemic has compelled teachers around the country to become crisis prevention specialists. (Think: directing active shooter drills with students from pre-K to high school.) And serve as crisis counselors, all while they manage their own trauma and fear.

This is happening against the backdrop of the COVID-19 pandemic, which overhauled entire school systems and expectations of educators who suddenly had to teach remotely. And when they returned to teaching in person, they put their health at risk. Teaching was one of the industries with the highest number of COVID-19 deaths. (In the first year of the pandemic, 808 teachers died from the disease.)

And that’s not all. Teachers have navigated contentious debates about masks and vaccines. In some states, they’re being urged to carry guns to protect their schools. And politics has influenced what educators can — and can’t — teach (think: critical race theory and the “Don’t Say Gay” bill).

“The teachers aren't OK,” said Courtney Powers, a global studies and civics teacher at Greenwich High School in Connecticut. “We are stressed…We are tired.”

To Skimm how serious teacher burnout is, we talked to Powers and Scott Woitaszewski, director of the School Psychology Program at the University of Wisconsin, River Falls.

Teachers are “overwhelmed,” Woitaszewski said. They’re more likely to report symptoms of job-related stress and depression than the general population, a 2021 survey found. While facing their own mental health struggles, during a pandemic and a gun violence epidemic, teachers often serve as de facto mental health professionals — even without training. Because many schools lack enough psychologists and counselors, if they have any at all. It’s the kind of support students especially need right now as they experience higher rates of depression and other mental health issues.

Teachers are offering this service up while doing “more with less,” as Woitaszewski put it. Staffing shortages have gotten worse since the pandemic first hit. And that’s contributed to rising levels of stress and anxiety, one study showed. “It'd be great if a reading teacher could [just] teach reading and a biology teacher could teach biology,” Woitaszewski added.

Powers is an example of a teacher who’s had to manage so much more than just her classroom responsibilities recently. “I never had to think about mass gun violence [when I started teaching],” she said. “The fact that we've spent nearly 10 years in lockdown drills or improving our school safety [since Sandy Hook] continues to shock me.”

That’s a term describing vicarious stress and anxiety. Secondary trauma has long been associated with careers in nursing. In more recent years, it’s also been seen as an epidemic in teaching. Because teachers feel for their students who experience emotional distress. And it’s common for students deal with trauma: According to the CDC, more than half of adults said they went through at least one adverse childhood experience (think: violence, abuse, neglect, etc.) before 18. And teachers can also experience secondary trauma when they lead kids out of stressful situations — like active shooter drills. This all contributes to burnout. “It’s a cumulative effect,” Woitaszewski said.

Teaching has, historically, been a low-paying industry, and something educators didn’t pursue “for the money.” Teachers earn about 20% less than other college graduates in the US, according to the Economic Policy Institute. Some even work second jobs to supplement the low pay.

And summer doesn’t necessarily mean time off to regroup, Woitaszewski said. “In most cases, while they may not be teaching…they’re prepping, they’re on committees. They’re doing lots of things or just trying to catch up and breathe."

How serious is teacher burnout?

In a National Education Association survey, published in February, 90% of respondents said that burnout is a “serious” problem. In a recent Gallup Poll, most teachers said they “always” or “very often” felt burned out at work. And educators of color are often under additional stress.

There are 567,000 fewer educators in America's public schools today than before the pandemic, according to the Bureau of Labor Statistics. And colleges, particularly in rural communities, are seeing major declines in the number of young people studying to become teachers.

Many educators already in the field are eyeing exits, too. In the NEA survey, 55% of educators said they planned to leave the field sooner than they’d originally thought. Of those who responded, a disproportionate number of Black and Hispanic/Latino teachers said they were looking to leave.

“It's not surprising that some people are either leaving the field or choosing not to get into it when maybe they would have in the past,” Woitaszewski said, adding that the number of applications to his school psychology program have also trended down in the last few years.

What could help teachers and their mental health?

Ninety-six percent of teachers who took the NEA survey said raising educator salaries would help reduce burnout. It was the most-desired thing on the list. Followed by: providing additional mental health support for students (94% support) and hiring more teachers (93% support). If those aren't options, Woitaszewski said schools should provide teachers with additional benefits such as employee assistance programs (EAPs) that give staff access to counseling at little or no cost.

Woitaszewski encourages administrators to allocate time at staff meetings to talk about common realities, like stress and fatigue. And thinks setting up teacher peer-pairing could be helpful. “One of the things we know about mental health is that this perception of isolation and aloneness is the worst,” Woitaszewski said. “Having people around us that normalize the fact that it’s tough…can go a long way.”

“Educators are helpers. They need permission — sometimes 10 times — before they start thinking about themselves,” Woitaszewski said. So schools should promote the idea that it’s OK for teachers to seek support for themselves and set boundaries for their school/home life. Schools could also look into designating certain “calm spaces” for teachers to take breaks, as needed, he said.

These can include mental health courses that focus on trauma and/or emergency preparedness training that covers crisis prevention. (Woitaszewski helps to run the PREPaRE training, which touches on all of the above.) These kinds of courses could help educators feel safe and informed.

Teachers might regularly face angry emails about policies, curriculum, and grades. But “a positive note from a parent or a family member about something that they appreciate — boy, that can go a long way,” said Woitaszewski.

Teaching has always been a stressful job. The stakes are high and the pay is low. But while the payoff can feel immeasurable, lately the unprecedented pressure, mounting expectations, and lack of resources is burning teachers out. And driving them to leave. If you’re a teacher, remember to give yourself and your colleagues breaks when needed. And if you’re not, here's a question: "Have you thanked a teacher today?"