How to Have Uncomfortable Conversations About Race | theSkimm
Subscribe 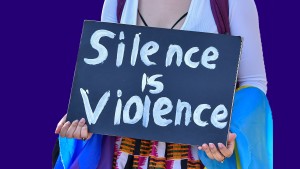