What’s going on with the USPS 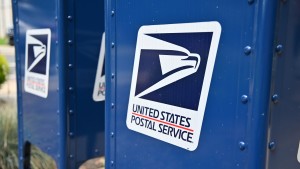 The United States Postal Service is going through major upheaval.

The USPS is an independent agency within the federal government, so it’s not funded by taxpayer dollars. It relies on revenue from things like stamps and first-class mail. But it’s been billions of dollars in debt for years. Two key reasons for that are…

And let me guess. The coronavirus hasn’t helped.

Nope. The pandemic has driven the agency further into debt. Businesses and people around the country have cut back on letters, mail advertisements, and solicitations – leading to a significant drop in mail volume and revenue. Even though package delivery has gone up, that means operating expenses have also increased. Meanwhile, some people have experienced delivery delays – impacting when people get crucial items like the census, paychecks, and prescriptions.

The CARES Act, which Congress passed in March, let the agency borrow up to $10 billion from the Treasury Dept. But earlier this year, the USPS warned lawmakers that it could run out of cash this fall if the gov didn’t help with funding. House Dems want to approve $25 billion. But it’s unclear if Senate Republicans will get on board.

Enter: Postmaster General Louis DeJoy, who was appointed in May. Last month, he announced major changes aimed at giving the agency a financial boost. Think: no overtime and reduced hours. The changes have led to backlogs of mail and warnings that voters could be disenfranchised in November as millions are expected to vote using mail-in ballots. President Trump’s comments have added to the concerns – at one point he said he opposed USPS funding because he didn’t want to enable “universal mail-in voting” (something he later seemed to backtrack).

After public outcry and criticism from Congress, DeJoy said this week that he’s going to pause these changes until after the election in order “to avoid even the appearance of any impact on election mail.” Plans to remove public mailboxes and mail-sorting machines – something USPS says is routine but had contributed to concerns about its ability to handle election mail – are also on hold.

DeJoy is set to testify in front of Congress later this week and early next week. The Postal Service’s inspector general said she’s investigating DeJoy’s policy changes. Meanwhile, the USPS warned nearly every state earlier this summer that it may not be able to deliver all ballots on time to be counted in November.

How do I make sure my vote is counted?

First, make sure you’re registered to vote. Then request a ballot (if your state isn’t automatically sending you one). And take note of your state’s deadlines: in some cases, your ballot must be received before Election Day. So the earlier you can get this done, the better. Depending on where you live, you might be able to request a mail-in ballot, but drop it off IRL. You can find out whether that’s an option and where to drop it off on your state’s elections website. Also, the US Election Assistance Commission says one of the most common reasons why absentee ballots didn’t get counted in 2016 was because of missing signatures – so make sure you sign where you need to before you seal and deliver.

I want to help the USPS. What can I do?

You could buy stamps or merchandise from the USPS site. You could also write to your representative to let them know you want Congress to fund the USPS.

The USPS is a critical part of the country’s infrastructure, providing service to every single person in the country. During the pandemic, postal service employees have been considered essential workers. Without the funding and support it needs to turn around, Americans risk losing access to resources that impact their health, their wallets, and democracy.