What the 2019 Award Season Means for the Oscars 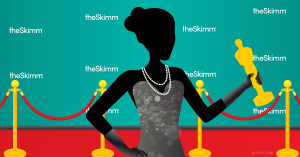 What’s the buzz so far?

It kicks off the season in January with awards for the best of the big and the small screen. The Hollywood Foreign Press Association – made up of around 90 journalists

The one that’s decided by the actors’ union. Meaning a combo of the biggest names in the biz and your friend’s roommate who’s still trying to make it. Some members are randomly selected

The one that’s decided by the directors’ union. The group includes directors of movies, TV shows, and even commercials. It only gives awards for categories like best director of a film, best first-time director, etc. It’s also a pretty accurate predictor

This year, the equivalent of best director went to Alfonso Cuarón

for “Roma.” But “Roma” is considered an underdog in the Oscar best picture race. That’s because a foreign-language movie has never snagged a best pic Oscar before. And Netflix (which produced it) isn’t exactly beloved by Hollywood

The one across the pond. The British Academy of Film and Television Arts is a club of thousands of higher-ups in the entertainment industry. Think: executive producers, longtime actors. Members also have to have some connection to British entertainment. And yes, there’s overlap with Oscar voters. So this awards ceremony can sometimes hint at who’s getting the gold statuette. To be eligible, movies have to show in a certain number of UK theaters, but they don’t have to be British films

Mark your calendar for Feb 24. The Academy of Motion Picture Arts and Sciences decides who’s going home with Oscar. The group has more than 7,900 members. To join, you need to have worked in the movie industry, and be sponsored by two current members. It’s shuffled up its membership in response to recent controversies (see: #OscarsSoWhite

Last year, the Oscars had its worst ratings, ever

. It’s been trying to switch things up: like shortening the format so people don’t fall asleep. It also announced a popular movie category

…then said ‘nvm’ after backlash. Here’s the latest issue the Academy’s been dealing with: not having a host

was supposed to do it but then some of his homophobic tweets resurfaced. So he dropped out. Instead, the show might have more presenters.

Tell me about the frontrunners.

We Skimm'd all the best picture nominees here

. But here’s the shorter version: “Roma” and “The Favourite” have the most noms