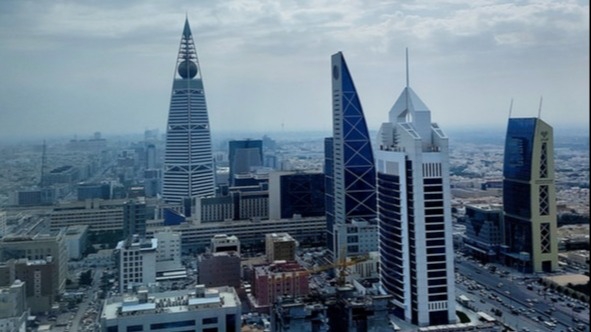 Saudi Arabia is a young country – it’s formally been around for less than 100 years. In 1932, Ibn Saud, a Muslim religious leader combined the Arabian regions he controlled into the kingdom of, yep, Saudi Arabia. It’s always been ruled by a monarchy made up of Ibn Saud’s descendents. And in its short history, it’s gained a lot of influence.

2. Wealth. Oil made Saudi Arabia rich. The royal family is worth an estimated $1.4 trillion, and they’re not afraid to spend that money on yachts and Da Vinci paintings. All that oil money has helped the government spread its influence around the world. Including in the US, where the Saudi gov has spent tens of millions of dollars on lobbying efforts for issues like arms sales and is a major investor in Silicon Valley (think: Uber and Lyft). But the 2014 drop in oil prices raised alarm bells in Saudi Arabia, and it learned the hard way that it can’t put all its eggs in one gassy basket.

3. Religion. Saudi Arabia is considered the birthplace of Islam. It’s home to Mecca – the most important religious site for Muslims. And the royal family has long followed Wahhabism – a strict form of Islam that follows a literal interpretation of the Quran. That means the country has strict rules. Examples: men and women have to be separated on public transportation. And until recently, Saudi women were required to wear abayas (full body cloaks) and get a man’s permission to travel abroad. On top of that, religion is the basis for Saudi Arabia’s rivalry with Iran. They represent two different factions of Islam: Sunni and Shiite. Skimm Notes gets into how the Saudi-Iran rivalry fuels a lot of the conflicts in the Middle East. And why Sunnis and Shiites are so divided. Here’s your Skimm Notes on the rivalry between Saudi Arabia and Iran and one on the Sunnis and Shiites.

For more on how he came to power and what he’s like as a leader, listen to Skimm Notes.

Lifting restrictions. In the past couple of years, the country opened its first movie theater in decades, started allowing foreign tourists to visit beyond religious reasons, and gave women permission to drive and travel without a man’s permission, among other things.

Saudi Aramco’s upcoming IPO. Earlier this year, the state-owned company announced it’s going public. Big deal, because it’s the world’s most profitable company. The Saudi gov wants to use the IPO to raise money to invest in other industries and spark job growth in a country where unemployment among Saudi nationals is more than 10%.

He’s the Saudi dissident and journalist who was murdered in a Saudi consulate in Istanbul last year. His death caused an uproar around the world, with many pointing to it as a blatant example of the country’s record on human rights abuses. The CIA concluded that MBS ordered Khashoggi’s murder. And the UN said MBS should be investigated after “credible evidence” showed he was behind the killing. Since Khashoggi was a US resident and journalist, the US in particular faced pressure to respond, and it imposed sanctions in response. MBS ultimately said he’s responsible because it happened under his watch but that he didn’t order the killing.

Arrests. Even though the gov allowed women to drive, it has also detained women activists who had called for lifting that ban.

Secret crackdown campaigns. Earlier this year, it came out that the government allegedly started a secret campaign to kidnap, detain, and torture some critics. The kingdom denies the allegations.

Twitter spies. Earlier this year, the Justice Dept charged two former Twitter employees for spying on Saudi dissidents on behalf of Saudi Arabia. It was the first time the US publicly accused the country of having agents in the US.

The US has been a Saudi ally for decades, relying on the country not only for oil but to help keep Iran (which it considers a state sponsor of terrorism) from gaining more power in the region. The murder of Khashoggi has put that relationship in question. Here’s where some teams stand...

Team We Have Bigger Fish to Fry says US doesn’t condone Khashoggi’s killing. But a US-Saudi alliance is crucial to keeping Iran at bay, to fighting terrorism, and to pushing Saudi Arabia to adopt societal freedoms in line with western values.

Team Slow Your Roll says it’s time the US takes a long, hard look at its relationship with Saudi Arabia. That Saudi Arabia lost its credibility as a stable force in the region when it allegedly kidnapped Lebanon’s PM and launched a war in Yemen. That while Saudi Arabia may be a good partner when it comes to securing the energy sector and putting pressure on Iran, it holds these positions for its own benefit. And that ultimately, the Trump admin’s flattery of the Saudi royal family is not in the US’ interest.