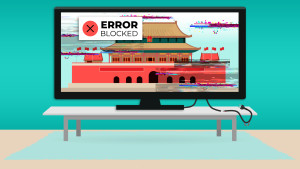 Thirty years ago this week, the Chinese government sent tens of thousands of troops as well as tanks into Beijing’s Tiananmen Square to push out and arrest thousands of protesters. They were mostly students calling for democratic reforms within China’s Communist government. Depending on who’s counting, anywhere from a few hundred to thousands died in the massacre on June 4th, 1989. It sent shockwaves around the world -- but the Chinese government has never apologized for it. They barely even talk about it.

Chinese leaders were worried about people trying to overthrow the Communist government, which was still recovering from a violent and tumultuous era under its previous ruler, Chairman Mao Zedong. So they sent in the troops. And tanks.

Over the years, some have spoken out against the government for not apologizing. Including former members of the military who were there that day, who say they tried to stop the invasion from happening.

But over the last thirty years, the government’s actively worked to erase the June 4th massacre from China’s consciousness: it’s not taught in schools. It’s hard to find info about it on the internet -- which is governed by China’s government through a program called the Great Firewall. And every June 4th -- including this year -- the government makes sure organizers and people connected to the pro-democracy movement are escorted out of Beijing. So they won’t cause a scene.

That seems very “Big Brother,” no?

It gets even more 1984. In the past decade, China’s taken “surveillance state” to a whole new level, installing more than 200 million cameras across the country to keep watch over its 1.4 billion citizens. Some of those cameras are installed with facial recognition tech. They say they’re using it to catch criminals - but that’s not the whole story. They use it to control citizens - by doing things like publicly embarrassing jaywalkers or calling out students sleeping in class. And for some groups, the surveillance has become oppression: the Chinese government is keeping particularly close watch on the Uighurs, an ethnic Muslim minority based in northwestern China. The government claims they could be terrorists. And they’ve put at least a million Uighurs in internment camps. Or as China likes to call them: “re-education camps.”

On June 4th 1989, the Chinese government cracked down on pro-democracy activists camping out in Tiananmen Square. It was a bloodbath -- anywhere from a few hundred to thousands died. But there’s no confirmed death count. Because China’s tried really hard to pretend it didn’t happen the way everyone remembers it. Since then, China’s government has continued to clamp down on political protesters and anyone else the government sees as a threat in all kinds of ways: by hiding information, going after critics and even monitoring its citizens.