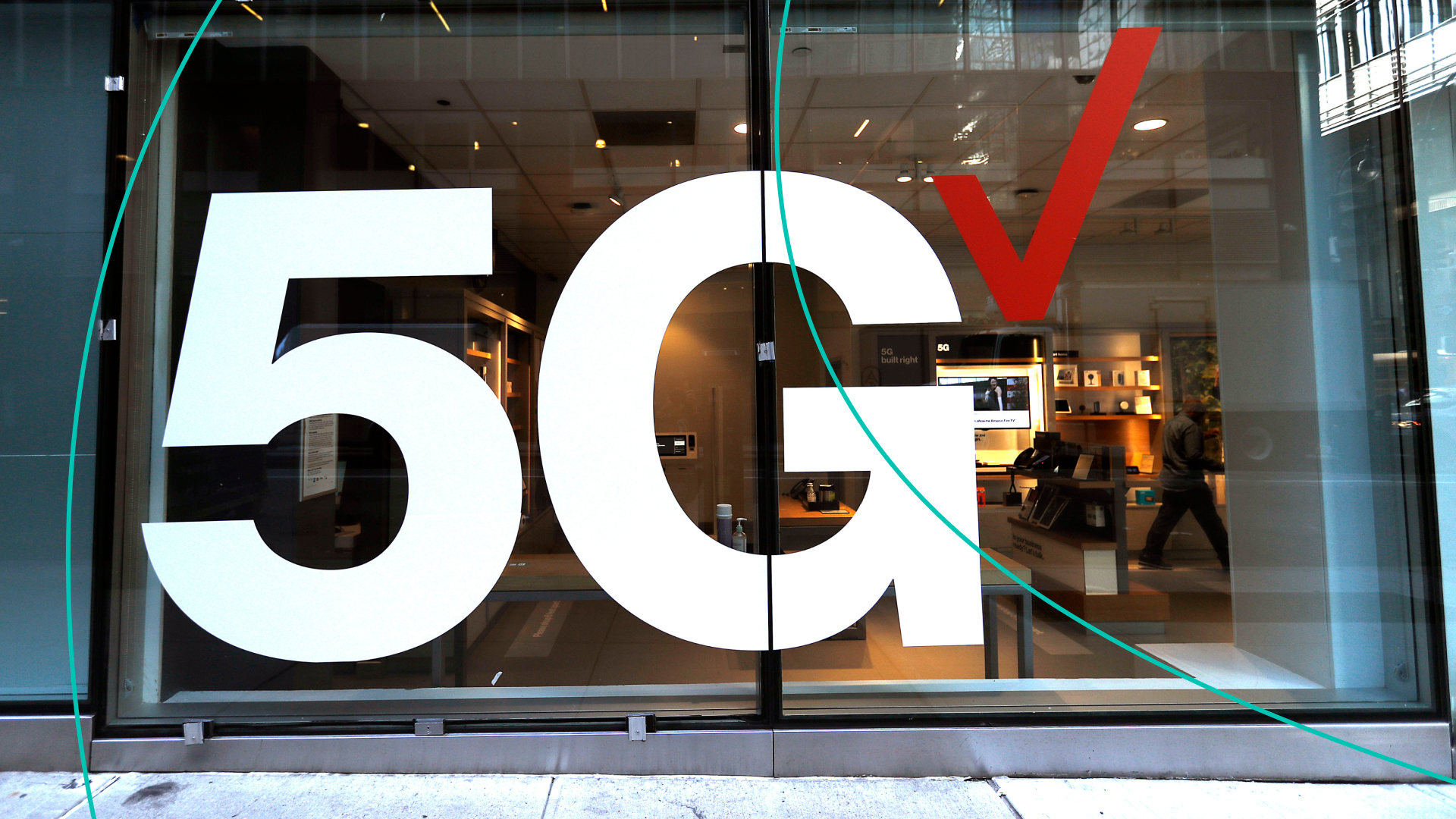 The US’s 5G rollout is hitting some turbulence.

Good question. In the history of cell networks, first came OG and 2G. 3G helped connect phones to the internet. 4G made it possible for smartphones to stream more. But 5G is the latest and greatest. It’s up to 100 times faster than 4G. Think: quicker downloads, clearer pictures, more bandwidth. Countries like the UK and France are already in on it, and the US is just catching up. All of that is supposed to change today. But it’s got many ringing alarms instead of cellphones.

Today, AT&T and Verizon (two of the US’s biggest wireless carriers) are rolling out their 5G service. But people are saying 'hold the phone.' 5G relies on radio frequencies that planes need for safety and navigation. Cue: airlines and the FAA making frantic air traffic control hand waves to try to slow the rollout. Airlines warned it could've caused "catastrophic" delays and cancellations. And a number of them are playing it safe. Meanwhile, AT&T’s saying they’re “frustrated by the FAA's inability to do what nearly 40 countries have done.” Still, it agreed to compromise.

And that would be…?

No 5G access within two miles of some runways. Good news for those hoping to avoid more flight delays, cancellations, and even disruption to the US economy. Bad news for those who want to download every episode of “The Office” seconds before their flights take off. The deal means 90% of the 5G expansion will continue as planned. It’s still unclear when the remaining expansion will take off.

She’s a runner, she’s a track star, but 5G needs cell towers to work. And those cell towers need to not disrupt the entire airline industry. So even though it's been years in the making, 5G's rollout is running on 1G speed.

Skimm More: We Skimm'd what this new 5G could mean for your gadgets. Plus, what a mobile tech expert had to say about the 5G hype here.

The gov.* Today, the gov is formally launching its website where Americans can order four rapid tests per household. On Uncle Sam’s dime. It all comes as the US has hit record high hospitalizations because of COVID-19. And as the US surgeon general warns the nation has yet to reach its peak. Now, the Biden admin says the move is part of its efforts to make testing more accessible. It’s got some critics are saying 'a little late but OK.' Shipping is expected to begin later this month. Get yours here.

...Oh and speaking of taking precautions, the Biden admin plans to distribute 400 million N95 masks by early February. And it won't cost you a penny.

Microsoft.* Yesterday, the company shared its plans to buy video game publisher Activision Blizzard for $68.7 billion. For the past few months, Activision — the maker of games like Call of Duty, Candy Crush, and World of Warcraft — has been struggling with allegations of sexual harassment and discrimination by employees. Shares have dropped. Now, this deal could be one of the largest acquisitions in recent history — making Microsoft the world’s third-largest gaming company by revenue — if federal regulators sign off. Microsoft hasn’t said if it’ll make Activision’s popular games exclusive to Xbox (which it owns). The deal reportedly won’t close till 2023.

André Leon Talley. Yesterday, the Black fashion icon has died at age 73. Throughout his decades-long fashion career, Talley was a pioneer who paved the way for Black designers, models, and editors in the fashion industry. He held positions at publications including Women’s Wear Daily and The New York Times. But he was best known for his role as American Vogue’s first Black creative director. And later as the magazine's first editor-at-large, working alongside Anna Wintour. Edward Enninful, British Vogue’s first Black editor-in-chief, thanked Talley for “paving the way” and said, “without you, there would be no me.”

Tesla’s Autopilot. For the first time ever, a US driver is reportedly being charged with felony manslaughter over an accident involving the self-driving software. In 2019, the driver was using Autopilot when his car crashed into another, killing two people. The man has pleaded not guilty and is expected back in court next month.