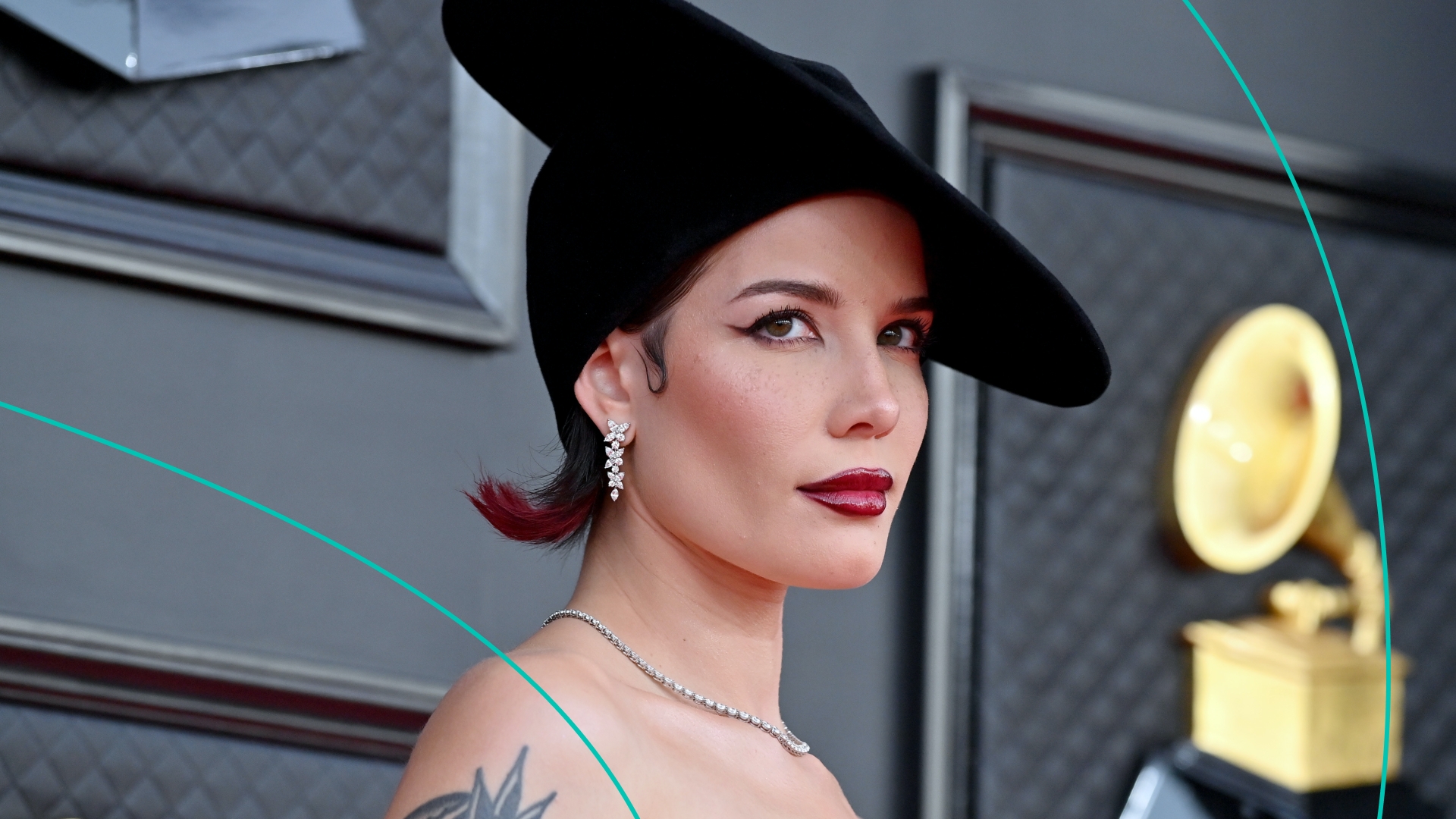 Halsey’s (she/they) trying to get one step Closer to releasing their new song. But the singer said in a recent TikTok video that there's one thing standing in their way — their record label. Capitol Music Group apparently won't fork over a release date for the new tune unless Halsey creates viral TikToks to promote it. Now, they're using TikTok to spill the tea on the music industry's marketing practices — and Halsey isn't the only one saying 'it's not right.'

Why Halsey is putting their record label on blast

On Sunday, Halsey posted a TikTok apparently revealing a clip of the unreleased song, with text on the screen saying: “Basically, I have a song that I love that I want to release ASAP, but my record label won’t let me.” Unless they “fake a viral moment on TikTok” for publicity.

Halsey went on to talk about their very casual accomplishments: being in the industry for eight years and selling more than 165 million records. But despite that, they still don't have control over how or when their music is released.

“Everything is marketing and [the record labels] are doing this to basically every artist these days,” Halsey said in the video. “I just want to release music, man. And I deserve better (to be honest). I’m tired.”

The label (kind of) got their wish: Within 24 hours of being posted, Halsey’s video had nearly 8 million views. Despite the following, their label is still being coy about a release date.

On Twitter, Halsey said they spoke with their label after their “TikTok tantrum.” And when they asked about releasing the song, the label responded “we’ll see.”

Which brings us to…

Other artists in the same boat

TikTok has been crucial for many artists’ success. Think: Doja Cat, Megan Thee Stallion. And record labels have taken note — pushing their artists to use the platform as marketing tools.

In a since-deleted TikTok in May, singer FKA Twigs said, “It's true all record labels ask for are TikToks and I got told off today for not making enough effort.” Another video from Charli XCX shared complaints about the number of TikToks she had to make for music promo. And a video by Florence Welch of Florence and the Machine includes the caption: “The label [is] begging me for ‘low fi tik toks’ so here you go. pls send help.”

Many famous artists belong to recording studios that own the rights to their music, impacting the way tracks are released. And social media has made things more complicated, becoming avenues for bogus marketing ploys. Now, these tactics are getting exposed. Giving fans a real look into the behind-the-scenes of the industry.