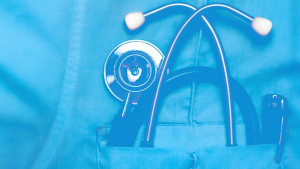 For decades, there’s been a debate about whether and how the US should make health insurance available to all Americans.

Doctor’s visits, prescription drugs, imaging tests, surgeries…health care is expensive. So expensive that a health emergency can put a family into

. For some low-income Americans, there’s

. But many who don’t qualify have taken the risk of going uninsured. Until Obamacare.

The goal of the Affordable Care Act was to make it easier and cheaper for people to get health insurance. It did this in part by giving states the option to expand Medicaid coverage, putting the pressure on insurance companies to cover a fixed amount of services, and installing an “individual mandate” that requires most people to have health coverage or else pay a fine. President Trump? Not a fan. He promised to “repeal and replace” Obamacare with something better. That hasn’t happened. But as part of Congress’s tax overhaul last year, they scrapped the individual mandate.

The Affordable Care Act is another big, expensive, entitlement program that is driving up healthcare costs, hurting economic growth, and killing jobs. It needs to go.

We have a responsibility to make it affordable for people that don’t have health insurance. We started to do with that with the Affordable Care Act. But now we’ve got more work to do to.

It’s up to states to decide whether or not to

are trying to set up work requirements for people to qualify for it. Your

Pay attention to your ballot: a few states have

to try to force a vote on the topic

reps are pretty much the gatekeepers to whether or not Obamacare stays or goes. Last year, efforts to repeal Obamacare failed...just barely. So, Congress can have a big impact

filed a lawsuit arguing that Obamacare is illegal. TBD

how things turn out

Health care is a vital lifeline to millions of Americans – and a very personal topic. Check out which candidates you think will promote the best outcome for you.