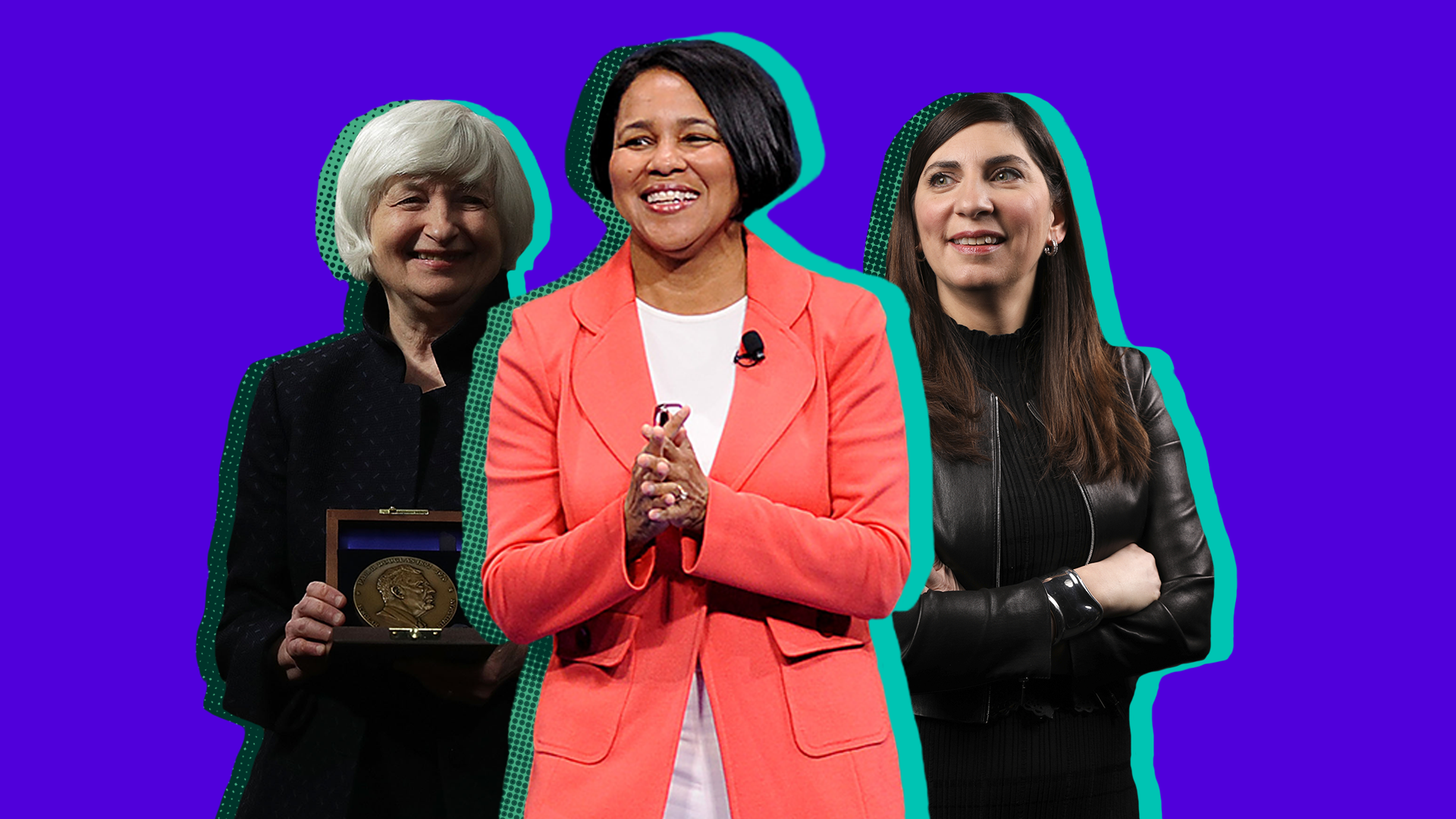 It's Women’s History Month and (always) a good time to celebrate all the incredible things women have achieved when it comes to money.

Throwback to not all that long ago when women were forced to be financially dependent on the men in their lives. And they fought to make that a thing of the past. Like in…

1848: when the Married Women’s Property Act was passed in New York (and became the model for all other states to pass their own versions by 1900), making it legal for married women to own property and...

1967: when Muriel "Mickie" Siebert became the first woman to own a seat on the New York Stock Exchange and...

1974: when the Equal Credit Opportunity Act let women get their own credit cards without needing their husbands to cosign (thanks, RBG) and…

1978: when the Pregnancy Discrimination Act outlawed discrimination in the workplace towards pregnant women (though it’s still a real fear in many workplaces today) and as recently as…

2009: when the Lilly Ledbetter Fair Pay Act made it easier to file charges against employers for pay discrimination.

And the journey continues. Women are still fighting today to demand fair labor practices and ensure equal pay with many making history and shattering glass ceilings.

More than we can name. But here are a few of today's money MVPS:

Currently serving as the first woman US Treasury secretary, she’s also been the first woman to serve as chair of the Federal Reserve. And she’s served as head of the White House Council of Economic Advisers, making her the first person to hold the nation’s top three economic jobs. Triple financial threat.

In her words: “It seems to me that women have made an awful lot of progress, but they probably remain under-represented, at the highest levels of most organizations, for a variety of reasons. And it's probably going to take a long time to change that," she said in a 1995 interview with the Federal Reserve Bank of Minneapolis.

Switching from COO of Starbucks to CEO of Walgreens in March, she’ll be the lone Black woman heading a Fortune 500 company now – and only the third to do so ever.

In her words: “When you’re a Black woman, you get mistaken a lot. You get mistaken as someone who could actually not have that top job," she said during a 2018 speech at Spelman College, her alma mater. "Sometimes you’re mistaken for kitchen help. Sometimes people assume you’re in the wrong place. And all I can think in the back of my head is, ‘No, you’re in the wrong place.’”

Recently appointed chief economist at the Department of Labor, Jones is the first Black woman to serve in the role. She coined the term "Black women best," an economic principle that focuses on the needs of Black women. Because, she says, it would benefit everyone. Hail to the chief.

In her words: “Black women haven’t been left behind by accident either. The economic state of Black women in the US is a result of deliberate policy choices made by wealthy white men in positions of power… But if policymakers can reorient their thinking toward a 'Black women best' framework… it would ensure that the floor gets lifted for everyone, and the economy as a whole benefits from strong and widespread growth and prosperity," she wrote in a 2020 Data For Progress essay.

Former CEO of Smith Barney, CEO of Merrill Lynch Wealth Management, and CFO of Citigroup, she's been called the most powerful woman on Wall Street. And she co-founded Ellevest, a financial company for women by women, in 2015. Her mission: close the gender investing gap.

In her words: “What these millennial women are doing is they're coming together. And they are effecting change, they're believing in each other… We women are half of the workforce," she told Trevor Noah on the Daily Show in 2019. "We direct 85% of consumer spending. We control $7 trillion of investable assets. But somehow, we got convinced that we needed men to empower us."

The 67th president of the New York Stock Exchange, she's the first woman to hold full leadership of it.

In her words: “I really loved the trading floor for the first stint of my career; I really love what I’m doing right now. That really keeps you motivated and keeps you pushing forward. It wasn’t, for me, about breaking glass ceilings or breaking barriers; it was about accomplishing what I set out to accomplish," she told Vox in 2018.

Recently selected to be director-general of the World Trade Organization, she’s the first woman and African to hold the position.

In her words: “Investing in women is smart economics. Investing in girls – catching them upstream – is even smarter economics," she told International Trade Forum Magazine in 2009 .

Same. Follow their lead and keep paving the way for future generations. That means getting right with your wallet, forging ahead on your own career path, and doing your small part to help make the gender wealth gap history.

It’s still a long way to financial equity. But getting to know the revolutionary women making money history today can help you see how far we've already come and what still needs to be done to keep us moving forward.