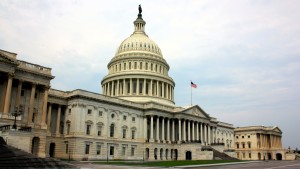 (Very) Slow clap, indeed. Many Americans have been watching and waiting for several months as lawmakers bickered their way through multiple iterations and proposals of a new relief bill. Yesterday, the House and Senate passed the stimulus package as part of a catchall measure that also includes $1.4 trillion to fund the gov. It's now headed to President Trump, who says he'll sign it. If all goes according to plan, it'll be the second-largest stimulus package in US history, giving hope to families amid the holiday season. About time, since some gov relief programs provided in the first major relief package (that'd be the over $2 trillion CARES Act signed in March) were set to expire the day after Christmas.

Let's unwrap what's in it.

This new stimulus package is expected to provide another round of one-time checks to most Americans. It's half of what was provided under the CARES Act, with $600 per adult and per child allocated. Like last time, the more you make, the less you'll get, if anything. The first batch of payments could go out at the beginning of next week. Also included: $300 in additional weekly unemployment benefits that would last through mid-March. But that's not all.

It's also expected to include $25 billion in emergency rental assistance, and a Jan 31 extension of the eviction moratorium that was set to expire at the end of the year. And tens of billions of dollars for COVID-19 testing and vaccine distribution. Plus over $300 billion for small businesses. Not included: new funding for state and local governments. Also missing: student loan relief (think: the pause on mandatory student loan payments, and loan forgiveness has apparently been thrown out the window).

Interesting. What are people saying?

Neither Democratic nor Republican leaders think this bill is perfect. Some Dem lawmakers and social media users have criticized the $600 stimulus payments, saying it's not enough. But Dem leaders say this is a 'starter' package, and President-elect Joe Biden has said more relief would be necessary. Meanwhile, Senate Majority Leader Mitch McConnell (R-KY), said this package will do "an incredible amount of good." But some say it may not do much to help replenish the savings of unemployed Americans.

After months and months of political battles and waiting, Americans could start off 2021 with at least a little bit of relief. But the measure may not be sufficient enough to address longer-term damage from the pandemic. Think: increased joblessness and reduced consumer spending. Economists say the bill is not a definitive solution. And the ailing economy may need more help down the road.

Psst...here's a sneak peek at what else the Biden admin has planned for your money.

Who's taking the next step...

EU regulators. Yesterday, they approved Pfizer-BioNTech's coronavirus vaccine to be used across the 27-nation bloc, which has nearly 448 million residents. The first shots could be administered as early as Sunday. The EU's drug agency sped up its approval amid pressure following the UK and the US's decision to greenlight the vaccine. The EU's ordered 300 million doses of it (enough for 150 million people). But not all will be available at once, so it could be months before everyone who wants a vaccine there can get one. The approval came on the heels of an "out of control" coronavirus mutation spreading in the UK.

...Oh and speaking of Pfizer's vaccine, President-elect Joe Biden got his shot on national TV yesterday.

Who's making the most of his last days in office…

Attorney General William Barr. Yesterday, he said he saw no reason to appoint a special counsel for the investigation into Hunter Biden. We learned earlier this month that the Justice Dept had been looking into Biden since 2018. Specifically, whether he violated tax and money laundering law violations related to his various business dealings abroad, including in China. That investigation is ongoing, though Biden maintains he handled things "legally and appropriately." But President Trump wanted Barr to appoint a special prosecutor. And had criticized the DOJ official for keeping the Biden investigation under wraps until after the November election. Now, Barr's saying he sees "no reason" to appoint a special counsel, and that the investigation's been "handled responsibly and professionally." It wasn't the only disappointment for Trump – Barr also refused to look into his baseless allegations of election fraud.

Who'll be doing his own laundry from now on...

Alexei Navalny. The Russian opposition leader and constant thorn in President Vladimir Putin's side apparently found out he was poisoned...through his underwear. Navalny was poisoned back in August with a nerve agent (an illegal chemical weapon) and is still recovering in Germany. According to an exclusive CNN report, Navalny duped a Russian agent into revealing how he was poisoned. And found out that the answer was in his pants the whole time. Yikes. Experts say the poison may have been absorbed through Navalny's skin when he began to sweat. Double yikes. Putin continues to deny any connection to 'underweargate.' And said if Russian agents had anything to do with it, they would've "finished the job."

West Point cadets. The US military academy said 73 cadets have been accused of cheating on a math test. The exam was administered remotely because of the pandemic. The misconduct is considered one of the worst academic scandals at the academy in recent years.

While Ed Sheeran basks in the "Afterglow"...