There are NO EXCUSES not to vote 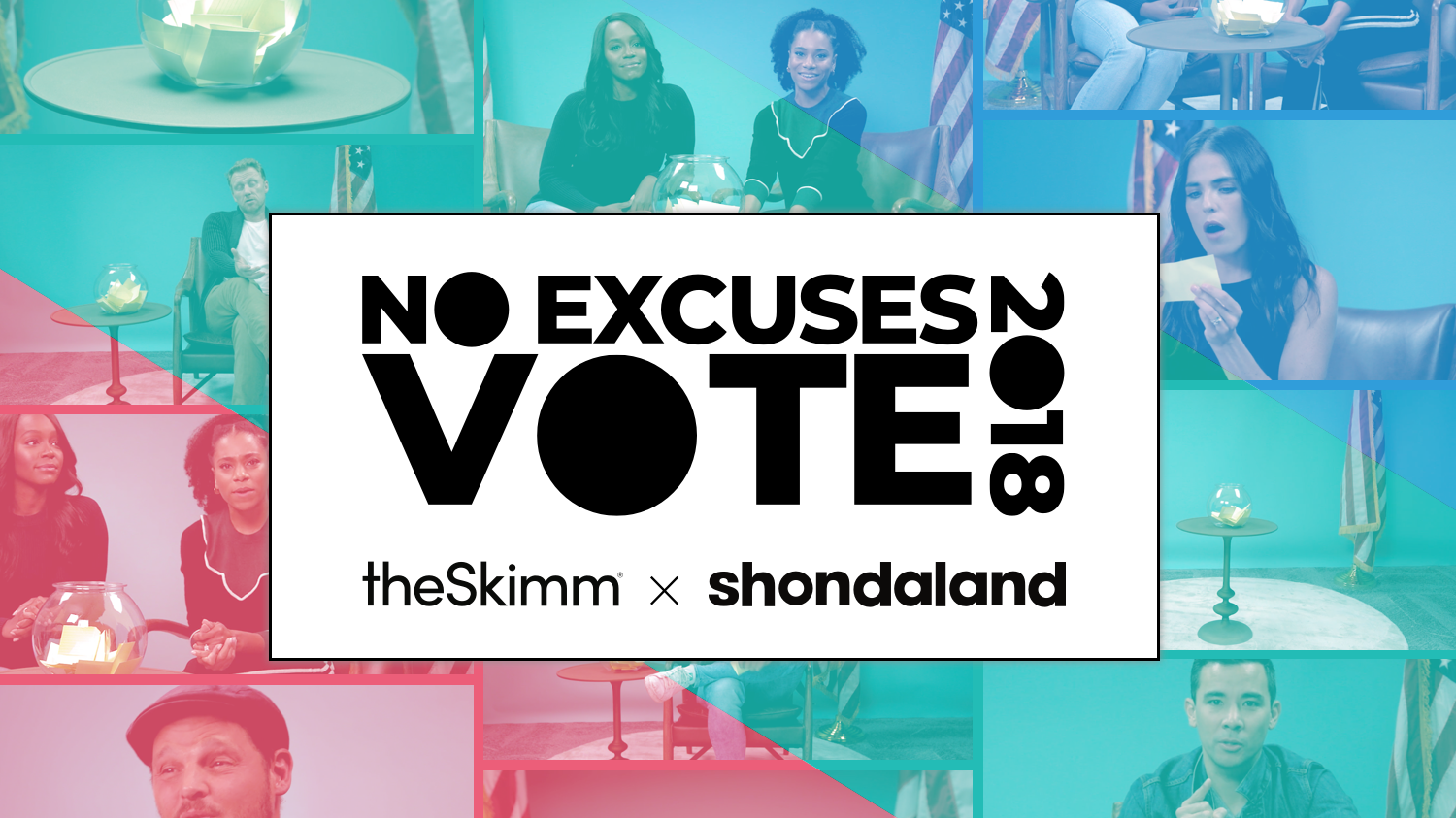 You wouldn’t make an excuse to miss "Grey’s Anatomy" or "How to Get Away with Murder." So why would you make an excuse to not show up on Election Day? We partnered with your favorite Shondaland cast members on a video series that debunks some millennial voting excuses. Because you have

not to vote. Avoid the Olivia Pope side-eye and watch below...

Paging: your civic duty. In our second episode, Justin Chambers tells you why you should take Karev and vote.

We all make time for what's important. Voting should make the cut. Karla Souza

from 'How to Get Away with Murder' wants you to know why voting is worth your time. Bonus, she also tells it like it is in Spanish