Super Bowl MVPs: The players you need to know 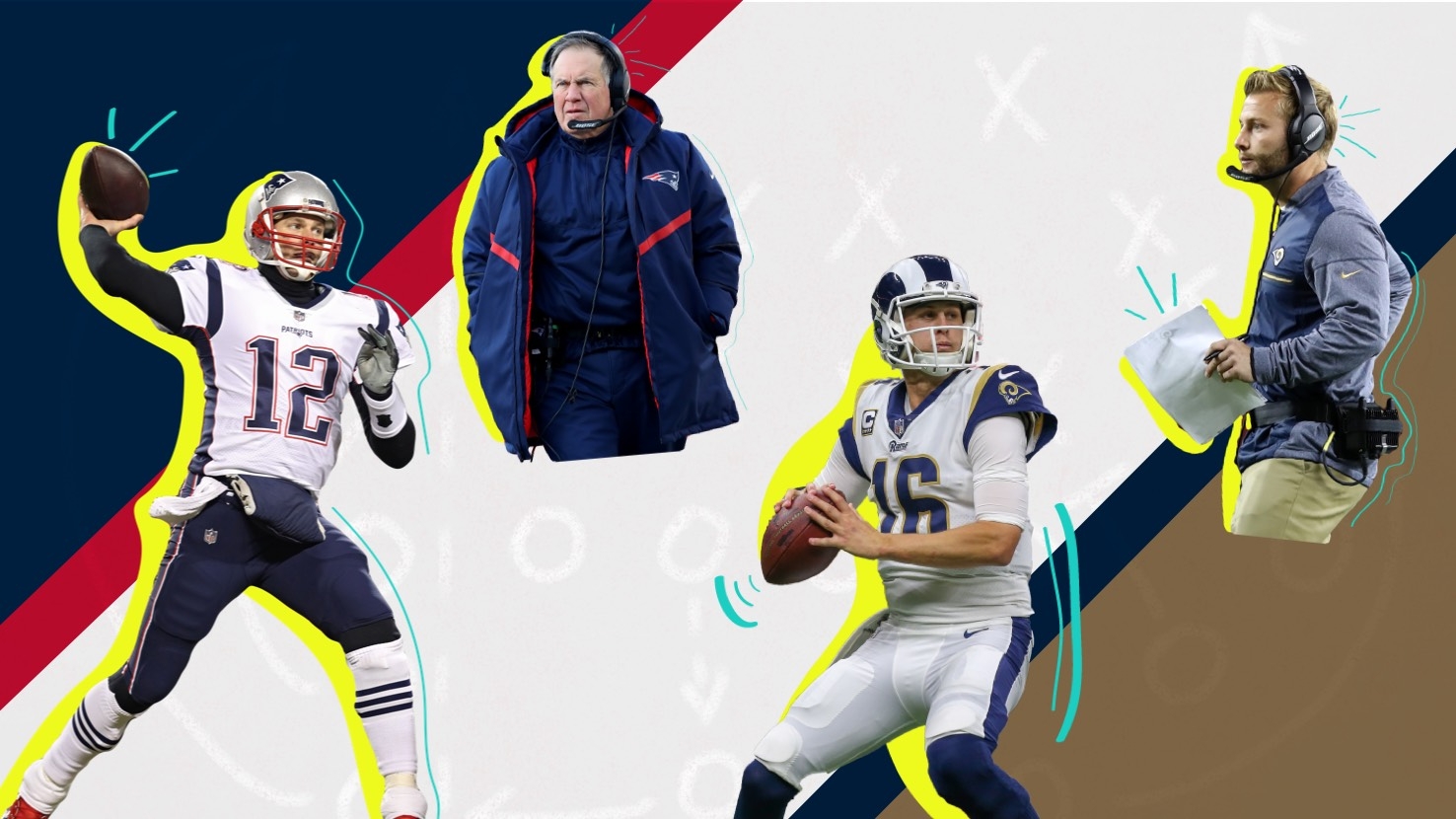 Men running on a field. Wearing helmets. Throwing a ball. Super Bowl LIII is this weekend. It’s the New England Patriots vs the Los Angeles Rams. Here are the Super Bowl players to watch

Duh been thinking about it for months. Jk where do I watch?

Sunday, Feb 3. Kickoff is at 6:30pm ET on CBS. It’s going down in Atlanta, Georgia. You’ll probably be watching from the comfort of your couch or at a bar.

There’s something for everyone. You could watch the Puppy Bowl at 3pm ET on Animal Planet. You could watch the halftime show with Maroon 5, Travis Scott, and Big Boi. Then there’s the ads. There won't be one about medical marijuana. There will be ones with Serena Williams, Luke Wilson, and Budweiser’s Clydesdales.

Here's the lowdown: there’s the ‘been there, done that’ team and there’s the ‘looking for a win that’s almost two decades in the making’ team. Guess which is which. The Patriots are making a Super Bowl appearance for the third year in a row. The Rams haven’t been to a Super Bowl since 2002…when they lost to the Patriots. And the football fan in your life is still talking about that controversial non-call that helped the Rams get to the big game this time around.

I know who Tom Brady is. Who else will be there?

Tom Brady…Quarterback and GOAT. He’s considered the best QB of all time. And he’s fine with that. He’s been with Belichick for his entire NFL career. This will be their ninth time at the Super Bowl – more than twice as many times as any other QB/coach duo. Brady already has more Super Bowl rings (that’d be five) than any other quarterback in history.

Rob Gronkowski…Tight end. Gronk’s a BFD when he’s on the field – a great pass catcher who gets the job done in tough situations. It helps that he’s bigger than most guys covering him so it’s hard to bring him down. 2019 is the final season of his current contract so TBD whether this is his last Super Bowl with the team.

Julian Edelman…Wide receiver. He'll be catching many of Brady's passes – something he's really ridiculously good at. He missed last year’s Super Bowl (after tearing his ACL), so he’ll be looking to show off this time around.

James White…Running back. He caught the most passes on the team during the regular season. He's an MVP when it comes to catching short passes. In other words: keep your eyes on him during third-down situations.

Sony Michel…Running back. He’s a rookie but is already the team’s best player when it comes to rushing the ball. He's been crucial to the Patriots' postseason wins so far. Since the Brady/Belichick era, the Pats are 11-0 in the postseason when a player rushes for 100 yards. So getting Michel going during the big game will be key.

Sean McVay…Head coach. He just turned 33 and will be the youngest head coach ever in a Super Bowl. Before McVay, the team missed the playoffs 12 years in a row. With McVay, the Rams have made the playoffs twice in a row.

Jared Goff…Quarterback. Before McVay came on board, he was throwing more interceptions than touchdowns. Now, he’s a rising star who's done a 180 on the field. Some say the QB/coach pair could be the future Brady/Belichick.

Todd Gurley…Running back. He’s a key offensive player who’ll be looking to redeem himself after his performance in the NFC championship game was a total fail. McVay says he’ll be looking to get Gurley more involved in the big game.

Brandin Cooks…Wide receiver. He played in the Super Bowl last year with the Patriots before signing with the Rams. Since then he’s become one of the team’s best receivers. Plus, he might have an inside scoop on how his former teammates operate, which could come in handy.

Aaron Donald…Defensive tackle. He was named the best defensive player in the NFL last year. And might get the same honor this year. Don't get in his way. He will sack you.

Ndamukong Suh…Defensive tackle. He has a rep for being a dirty player. Combined with Donald, they’ll be putting the pressure on Brady to get the ball out of his hands quickly.

Sunday night is a rematch 17 years in the making. Back then, the Rams were at the top of the game and the Patriots were the underdogs. Now, the roles are reversed – and if the Rams pull off a win, it could mark the start of a new era for the team.