‘The Crown’ season four: The truth behind key moments 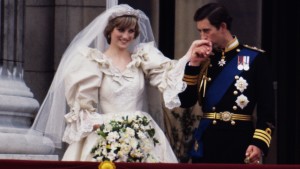 Warning: This article contains spoilers related to the first three episodes of season four of “The Crown.”

Good question. We’re here to break down some of the key moments from this season. Here’s what you need to know about...

In the first ep, Lord Mountbatten, Prince Charles’ great uncle and mentor, is killed when his fishing boat is blown up by the Irish Republican Army. This was in 1979, during the period in Northern Ireland known as the Troubles.

A little context: Northern Ireland (which is mostly Protestant) is part of the UK. But Ireland (which is mostly Catholic) gets to be its own country. During the Troubles, Irish Catholic nationalists in Northern Ireland (led by the IRA) fought for decades against Protestant paramilitary groups and British troops for independence from Britain. They wanted a united Ireland. The violent conflict killed more than 3,500 people and lasted until a peace agreement in 1998.

Fast forward: this history is also the reason there was so much contention during Brexit negotiations about how to handle Northern Ireland’s border.

In season four, we meet Margaret Thatcher, Britain’s first female prime minister, who was in office for 11 years. She was (and still is) a controversial figure, known for rolling back the welfare state and leading during a time of economic inequality. During her time as PM, one of the world’s most powerful countries was led by two women. Although they came from different worlds and had different ideas of how to spend their time.

“The Balmoral Test”: In episode two, Thatcher visits the royal Balmoral estate in Scotland, which is tradition for PMs. And fails the so-called ‘test’ aka she doesn’t like hunting, doesn’t bring the right shoes for being outside, and would rather work than play. IRL, Thatcher did visit Balmoral, and wasn’t known to like the great outdoors. But in her memoir, she wrote that stories about the frosty relationship between herself and the queen were overblown. And when Thatcher died in 2013, Queen Elizabeth II broke protocol (against monarchs attending a commoner’s funeral) by attending Thatcher’s.

Diana is finally in the picture. And her relationship with Prince Charles is...not great. Charles and Diana really did meet when she was 16 and he was seeing her older sister. By the time they got engaged in 1981, Charles was 32 (Diana was 19) and all eyes were on his love life. They’d only been dating a few months. And he was still close with his longtime love Camilla Parker Bowles, who was married. (He had a personalized bracelet made for her before the wedding to Diana, which we see play out in episode three).

Three’s a crowd: Diana famously said “there were three of us in this marriage,” referring to Charles and Camilla. She and Charles both had affairs. Also during their relationship, Diana suffered from bulimia, which season four tackles. Charles and Diana got divorced in 1996, a year before she died. And as we all know, Charles and Camilla eventually married in 2005.

This season of “The Crown” addresses a time period that many of us lived through. And brings Diana and her relationship with the royal family to the forefront, at a time when the monarchy is once again experiencing cracks in the system.

PS: We caught up with the fictional Prince Charles and Princess Anne about why Americans are so obsessed with the royals and insider info on the characters they play. Plus the best part about working with the famous corgis. Watch below.