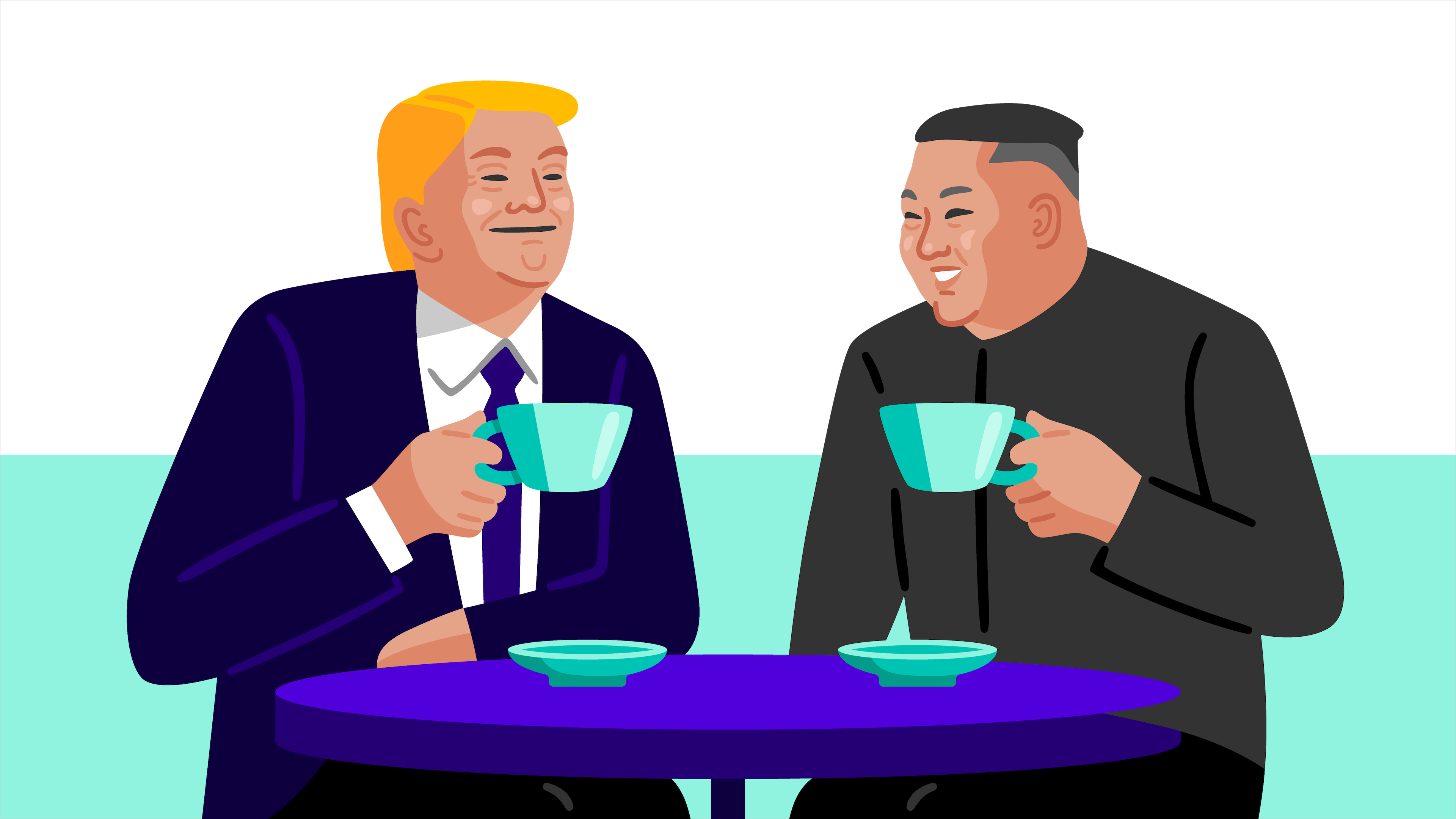 President Trump is now the only sitting US president to meet with a North Korean leader not just once, but twice.

I need a quick refresher on how far back this beef goes.

Far. The US-North Korea tension dates to the 1950s Korean War, when the North’s leader (backed by the Soviet Union) invaded South Korea (backed by the US). At the time, US President Truman said using an atomic bomb in the conflict was an “active consideration.”

Correct. Cue North Korea starting to build up its nuclear program. Over the years, it has tested missiles and nuclear bombs – and threatened to use them on the US. Multiple US presidents have tried and failed to negotiate with the North. The North – which has been ruled by the Kim family for decades and views nuclear weapons as critical to propping up its regime – has never been fully willing to play ball. And things reached a new level of tense in 2017.

The North tested its first missile capable of reaching the US – experts said it could’ve potentially reached Alaska. Suddenly all those threats from the North felt pretty scary. Trump and Kim exchanged words. The rhetoric got so heated that some were concerned it might lead to war.

I remember. Not a good a feeling.

Not at all. The president of South Korea – a longtime US ally that also wants to be friends with the North again – pushed Trump and Kim to talk things out. And last year, the two agreed to meet. It was the first time a sitting US president met up with the leader of North Korea.

Why did that not happen before?

Decades of mistrust between the two. North Korea has been after the validation of a presidential meetup for years. But previous US presidents have always been wary that the North would ever truly commit to ending its nuclear program. So they held off on a face-to-face meeting. Until Trump decided to throw out the rule book and see if he could make a deal with the North. Leader to leader. They held their first summit in June 2018.

We have more Skimm on what’s at stake with the latest Trump-Kim summit, and what it means for the rest of the world, in theSkimm app. If you download the app now, you can text us your questions each week on a different news topic and get an exclusive Skimm FAQ. Psst: the first week is free.