What You Need to Know About the Coronavirus 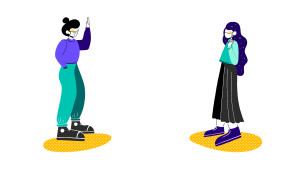 The spread of COVID-19 has people worried. It's now infected more than 3.2 million people and killed more than 228,000 worldwide. The World Health Organization has officially called it a “pandemic” – a global spread of a new disease. The White House also advised events and gatherings with over 10 people until April 30 be canceled or rescheduled. And governments and health officials are urging people to stay calm and are taking steps to contain the outbreak.

In January, Chinese President Xi Jinping first spoke publicly on the pneumonia-like virus. The World Health Organization (WHO) praised China for its "transparency." But an internal speech revealed that Xi knew about the virus almost two weeks before he commented on it publicly. This raised questions on whether the CCP tried to cover up the severity of the virus, allowing the virus to spread through China and the world.

Control. Much like the SARS outbreak in the early 2000s, the Chinese gov is being accused of trying to keep this latest outbreak under wraps to avoid showing weakness. The country even detained an activist who criticized Xi's handling of the coronavirus. And the doctor who first alerted his colleagues of the coronavirus – but was silenced by police – died from the disease.

COVID-19 has reached six out of the world's seven continents. Here's where the most people have been affected and how the government has responded...

China…where the word is containment. Millions were in lockdown in Wuhan, where the outbreak was first reported, since January. But China officially lifted the lockdown in early April and healthy people can now enter and leave the city. The number of reported infections outside of Wuhan has reportedly dropped significantly. And at least 78,000 of those known to have been infected have recovered. The World Health Organization has praised China's tough response. But many people there were experiencing anxiety and depression.

Italy...where the country’s death toll surpassed China’s in mid-March. The entire country is on lockdown. It prevents hospitals from being overwhelmed with patients. But the lockdown could push the country's already fragile economy into a recession. Residents who break the quarantine rules could be hit with fines or jail-time as punishment.

You may have seen the term. It's one of the things the CDC is recommending we all do in the wake of the outbreak. There are different forms of it but the main theme: keep away from others. Think: working from home and avoiding crowded places. The CDC recommends that you maintain a distance of six feet from other people when you can. And the White House extended this social distancing guidance until April 30. It’s why many schools around the country are closed. South by Southwest canceled its conference. The NBA and NHL have suspended their seasons and MLB is delaying its own. March Madness is canceled. Major cultural institutions like the Met, Carnegie Hall, and Broadway are temporarily closing their doors. Disneyland and Walt Disney World will no longer be the happiest places on Earth. And the 2020 Olympics were postponed until 2021.

HOW TO PROTECT YOURSELF

COVID-19 is transmitted from person to person, it looks like – through tiny droplets (like from sneezes or coughs). Here’s what you can do to keep yourself protected:

Should I wear a face mask?

The CDC is advising everyone to wear “non-medical, cloth” masks in public in order to prevent asymptomatic people from spreading the coronavirus. This comes after the CDC said earlier this week that up to 25% of infected people may not show symptoms. And New York ordered its residents to wear masks in public whenever social distancing isn’t possible (think: on public transportation, in grocery stores). But don’t run out and buy medical face masks. There’s still a major shortage, and experts say surgical face masks and N95 respirators should be reserved for health care workers. For everyone else, masks can be homemade. Here’s how you can make one.

At first they can seem similar to a cold or the flu (think: fever, cough, difficulty breathing), but they can also include chills, muscle pain, sore throat, and new loss of smell or taste. Call your doctor if you're experiencing emergency warning signs like:

In mid-March, the State Department issued the highest possible travel warning, telling Americans to avoid traveling outside the US. And Americans who are already abroad should either come back or should be prepared to stay where they are for an “indefinite period.” This comes after the State Department already said Americans shouldn't travel on cruises, and President Trump’s announcement that the US will stop some travel from Europe – including the UK and Ireland – for 30 days. Trump also announced that the US-Canada border would be temporarily closed to “nonessential traffic.”

Recently, the CDC advises people living in New York, New Jersey, or Connecticut to avoid domestic travel for 14 days. The CDC also says elderly Americans should avoid unnecessary travel and start stockpiling essential supplies. This especially applies to older people with underlying health conditions. The CDC also advised against all nonessential travel to Iran, China, South Korea, the UK, Ireland, and Italy. They also suggest skipping Japan if you're elderly or have a chronic medical condition. The State Department also said Americans shouldn't travel on cruises. But the situation is changing fast, and their site is a good place for the most up-to-date info.

WHAT THIS MEANS FOR...YOUR WALLET

COVID-19 has disrupted supply chains and hurt profits across industries. Which helps explain why the market has been extra volatile lately. If you invest, you've probably noticed some (not so pretty) changes to your portfolio. It's also affected the job market. A record 10 million Americans applied for unemployment benefits in March. The gov has already started making (stimulus) moves to help. Including cutting interest rates and extending the deadline to file and pay your federal income tax bill. We Skimm'd more of what the virus could mean for your money here.

President Trump has been urging calm. He's stopping some travel from Europe and announced that the US-Canada border will be temporarily closed. He put VP Mike Pence in charge of the response. Lawmakers also reached an agreement on the biggest stimulus package in US history. It includes a one-time payment of $1,200 for most Americans and an extra $500 per child for families. If you make above $75k, you won't get the full $1,200, and those making above $99k don't qualify. The gov will decide how much to give you based on your gross income from your latest tax returns (think: from 2018 or 2019 taxes). This new package also lets more people qualify for unemployment benefits. Those who lost their jobs would get whatever their state usually provides for unemployment, plus $600 per week for up to four months. And those who aren't typically eligible for benefits including gig workers (think: Uber, Lyft drivers) and freelancers will be covered.