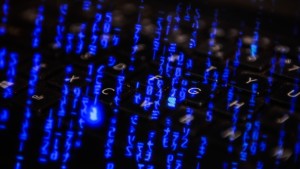 Russia's been accused of trying to steal COVID-19 vaccine research.

The US, UK, and Canada. Yesterday, intel agencies from the three countries said Russian hackers targeted multiple orgs involved in coronavirus vaccine research and development. The culprits: a Russian hacking group called APT29 – also known as Cozy Bear – that's believed to have connections to Russian intelligence. Their goal: to steal info and intel property tied to the development and testing of coronavirus vaccines, according to authorities.

Indeed. And intel officials apparently believe the group's attacks have been "persistent, highly targeted, and ongoing." How the hacking went down: A variety of techniques like custom-built malware – which allows a hacker to control a system, upload, and download files. And spear phishing – which can trick people into handing over security credentials and passwords. UK officials said the group's managed to get some "initial footholds."

It's unclear. Officials said it doesn't seem like the alleged attacks disrupted vaccine-related work...that they know of. But the UK's National Cyber Security Centre condemned the "despicable attacks" against those working to combat the pandemic. Currently, there are more than 150 vaccines in development around the world – and they could take years of research and testing before they're produced and rolled out to the public. Which is why some officials believe this research has become a key target for these Russian hackers.

This bytes. The Kremlin denied the allegations and said it "has nothing to do with these attempts." But this isn't the first time we've heard of Cozy Bear. Back in 2016, the US blamed the group for hacking the Democratic National Committee's emails (remember those?). Now, the NSA said they want "everyone to take this threat seriously." Especially since this isn't the only hacking episode the US has seen lately.

Yesterday, the FBI opened an investigation into the hacking of several high-profile Twitter users earlier this week, including former President Barack Obama, Tesla CEO Elon Musk, and presumptive Democratic presidential nominee Joe Biden. Which raised concerns about the platform's security risks. But it's not the only one. Recently, the Trump admin has looked at banning the popular yet controversial app TikTok over data privacy issues.

In a digital world, hackings are inevitable. But as the world scrambles to develop a vaccine for a virus that's killed nearly 600,000 people, governments are grappling with a second battle.

Washington's NFL team. Yesterday, The Washington Post uncovered allegations of sexual harassment and verbal abuse from 15 former female employees. This is a team that's not new to controversy – days ago, it agreed to drop its "Redskins" name, a racial slur against Native Americans. Now, it's facing allegations from 2006 to 2019. These include claims that women received unwelcome sexual overtures, were told to wear revealing clothes, and were asked to flirt with clients to close deals. One woman was allegedly told to wear a tight dress in meetings "so the men in the room have something to look at." Last week, two of the men accused of harassment – Alex Santos and Richard Mann II – were fired. Another – longtime announcer Larry Michael – retired. None have commented. Neither has team owner Daniel Snyder, who is not implicated. But the team hired a law firm to review the claims.

Where masks are launching court fights…

Georgia. Yesterday, Gov. Brian Kemp (R) sued Atlanta's mayor for requiring people to wear masks in public places. The reason: the governor said the city's rule violates an executive order he signed earlier this week that bans local governments from issuing mask mandates. He said he's encouraging masks but requiring them is "a bridge too far" and hurts businesses. Atlanta's mayor said the rule would "save lives" and she'd defend it in court. Georgia was the first state to reopen its economy back in April, despite health experts' concerns. Since the pandemic began, it's had nearly 128,000 confirmed cases of COVID-19 and more than 3,000 deaths. Now, it's issuing a law against masks while about half the country requires them.

...Oh and speaking of COVID-19, yesterday the US reported over 70,000 daily coronavirus cases, a new record high since the pandemic began.

Who's got some election updates...

Florida. Yesterday, the Supreme Court ruled a law there that restricts felons' voting rights can stay in place. In 2018, the state voted to give some felons the right to vote after they served their time and finished probation. The following year, the Republican-led legislature passed a law saying it only applied once those people had also paid all their court fines and fees – which can be tens of thousands of dollars. Civil rights groups sued, saying the law amounted to a "poll tax" (which are unconstitutional). Now, the Supremes say the law can go into effect while the fight continues in lower courts. It's seen as a win for Florida Gov. Ron DeSantis (R) who signed the law.

Who's a real-life superhero…