The Impact of the Opioid Crisis 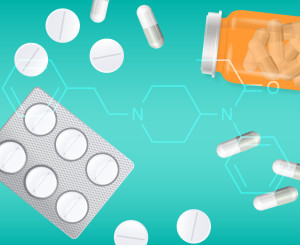 America is dealing with an unprecedented drug crisis. This is your Skimm on the opioid epidemic.

Think: Dorothy in the poppy field circa “The Wizard of Oz.” Poppies naturally contain opium, but opioids can also refer to synthetic versions. They reduce your perception of pain and make you feel like you’re flying high. They’re also very addictive. And many are legal. Think: prescriptions like morphine, Vicodin, and OxyContin. Others, like heroin, are very much not legal.

When did this start?

Americans have a long history of abusing pain meds. During and after the Civil War, injured soldiers were often given morphine – and many got hooked. It didn’t help that in the late 1800s and early 1900s, heroin was legal and used to treat coughs. Eventually the feds said ‘woah this sh*t is strong’ and banned it. But people have always managed to get their hands on it. Today’s crisis can be traced back to the ‘80s.

Studies came out saying that there was low addiction risk tied to opioids. Docs started saying ‘you get a prescription and you get a prescription and you get a prescription.’ Pharma companies flexed some major marketing muscle to push their painkillers. See: OxyContin. When it became a thing in the ‘90s, the company behind it pulled out all the stops, includingdistributing thousands of copies of promo videos to play in doc offices. Painkiller prescriptionswent into overdrive in the following years. The problem got worse when, in the early 2000s, medical practice standards changed. Up until then, opioids were mostly only given to people who’d had surgery or were close to dying. Now, doctors were also required to ask patients about any chronic pain – which some say led to even more opioid prescriptions.

Today, millions of Americans are addicted to prescription opioids. And the death toll quadrupled between 1999 and 2015. Making the crisis worse? More people have been turning to cheaper alternatives like heroin, which is a lot stronger and more dangerous. Plus, heroin isincreasingly being mixed with fentanyl, a legal opioid that's so strong that just breathing it in or touching it can be fatal. It's often illegally produced in labs in Mexico and China and makes its way to the US through drug traffickers. The states hardest hit by the epidemic include Ohio, West Virginia, and New Hampshire. And the most vulnerable communities are mostly white and lower income, with higher unemployment and higher rates of diseases like diabetes and arthritis. It’s gotten so bad that local police departments started sharing pictures and videos of people who have overdosed to raise awareness.

Yes. ICYMI, the GOP has been working on its plan to ‘repeal and replace’ Obamacare. The opioid crisis had a lot to do with why that plan kept getting held up. The Senate bill proposed dramatic cuts to Obamacare’s Medicaid expansion, which has been helping pay for addiction treatment and research across the US. Some Republican senators refused to support the plan without additional cash money for the opioid crisis. They eventually got that extra funding. But the healthcare effort still collapsed.

What else is being done about the epidemic?

Pharma companies have been reworking their drugs to be harder to abuse (ie crush and snort). The feds have also been pushing doctors to use other types of pain relief (think: ibuprofen, exercise therapy) and give the lowest dose necessary of any opioids. The good news: prescriptions have gone down in recent years. The bad news: federal officials say doctors are still way too pill happy and need to majorly cut back on prescriptions to help curb the problem.

Right now, nearly 100 Americans die every day from an opioid overdose. And while the crisis is more concentrated in certain areas, this epidemic is affecting every state in the country, no matter gender, age, or race.